Canada’s Opposition Conservatives were asking Trudeau about the coming closure of the GM factory in Oshawa, Ontario. The plant has been an integral part of the Canadian-built vehicle industry for over half a century. GM announced on Monday that it would close the factory at the end of 2019, as part of it global downsizing and “transformational” emphasis on green energy.

“Of course, our hearts go out to the workers in Oshawa who are facing these cuts,” Trudeau said. “The best way to secure jobs for the future is to take genuine action on climate change and help our economy and our families to thrive through the transition to a lower carbon economy, that is what we are doing.”

As the Toronto Sun reported, Ford left an emergency cabinet meeting Wednesday with words for Trudeau, who says needs to “prove” his sympathy for job losses by dropping his carbon tax. Ford has joined forces with other Canadian premiers who oppose the carbon tax — a national levy on all fossil fuel energy.

“All we hear is a bunch of powerful people grandstanding, deflecting, selling false hope, making empty promises but in private, they know the GM plant is not coming back.” Ford said, after an “emergency” cabinet meeting Wednesday on the pending shutdown. 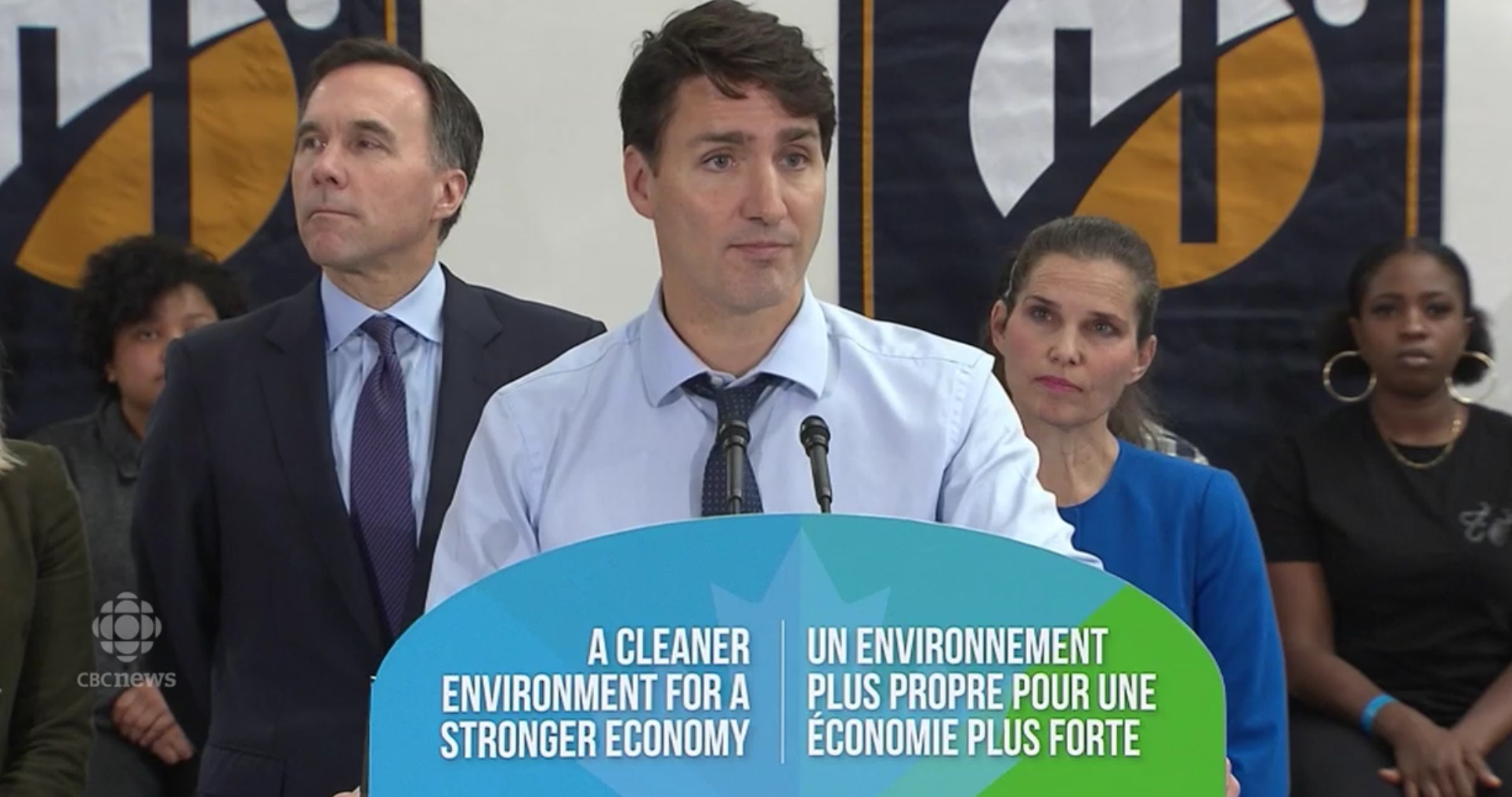 “A few words to the Prime Minister: your officials have said in response to this crisis all options are on the table – prove it … scrap your carbon tax.” (RELATED: Opposition Ridicules Trudeau’s Carbon Tax Rebates)

Trudeau will be focused on jobs over the next few days as he flies to the G-20 summit in Argentina, where he hopes to formally sign the U.S.-Mexico-Canada Trade Agreement. That is still not a done deal as many conservative Republicans in the House object to pro-LGBTQ language that Trudeau had inserted in the agreement.