A 12-year-old boy sat next to a Trump supporter on an airplane, compelling his mother to write an article expressing disbelief that a person who supports America’s president could like a black child.

Writer Kate Tuttle prepared herself to meet the raucous crowds traveling around the Thanksgiving holiday by reminding herself that family and friends are what truly matter. “What I hadn’t prepared myself for was my child having to sit next to a Trump supporter,” Tuttle wrote in a piece published Wednesday by HuffPost.

Her son sat next to a middle-age white woman from Topeka, Kansas, according to Tuttle, and the two engaged in lengthy conversation.

Tuttle, whose family is multiracial, is white and her son is black.

After the plane landed, her son recounted that the woman said she voted for President Donald Trump, largely out of her dislike for former presidential candidate Hillary Clinton. “I didn’t want to tell him that he’d just spoken to the typical white woman of my age and home state,” Tuttle wrote, adding that she felt tickled her son found it noteworthy to have met a Trump supporter.

“Maybe it’s good to get out of our liberal bubble from time to time,” Tuttle added.

Tuttle was probably also not prepared for the woman to approach her and tell her that she raised a wonderful son, shell-shocked, perhaps, that a Trump supporter could be kind. 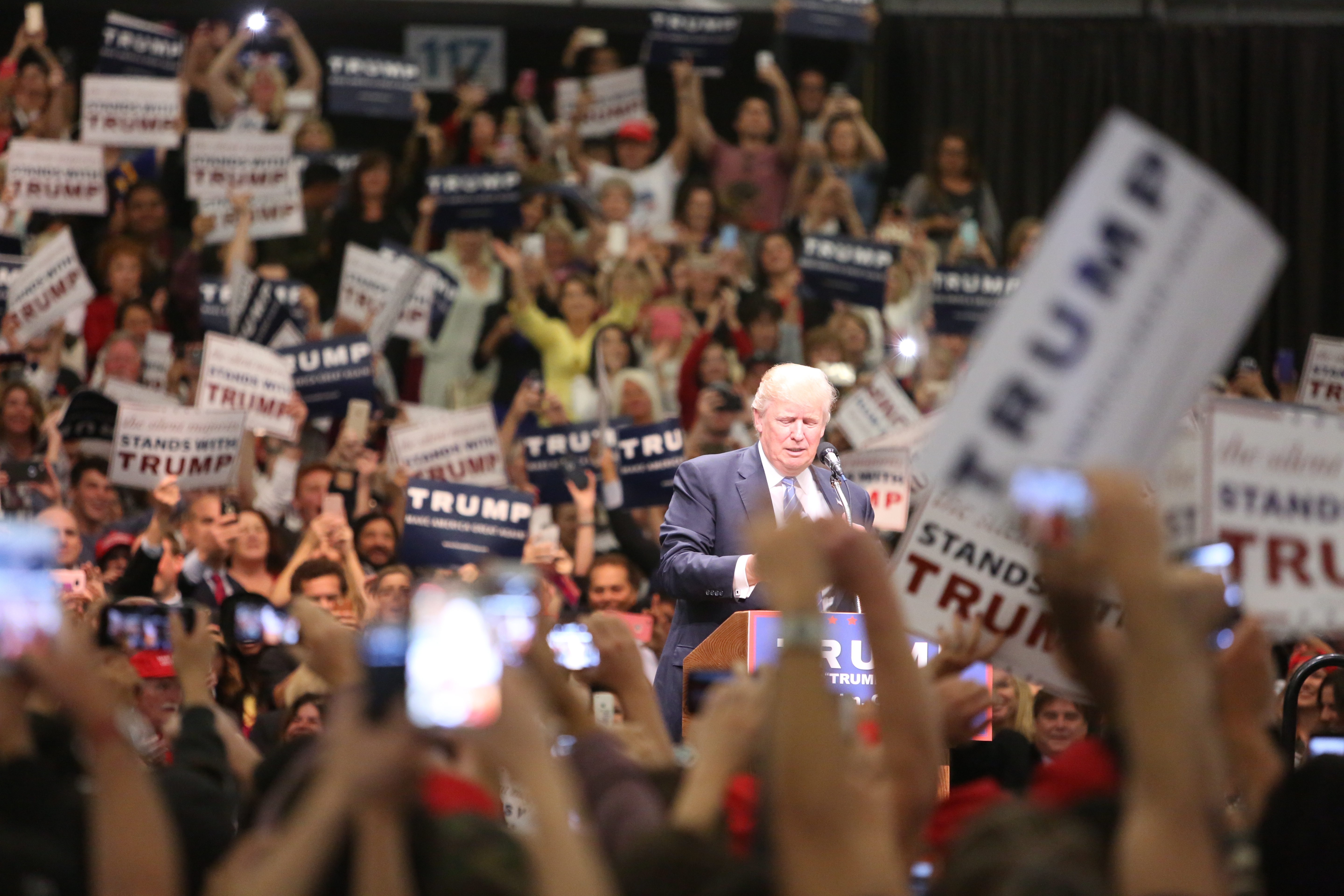 Republican presidential candidate Donald Trump speaks at campaign event in Costa Mesa, California, to thousands of supporters on May 25, 2016. (Shutterstock/mikeledray)

“I wanted to ask her what she thought of Trump’s consistent and clear disdain for black people,” Tuttle wrote. “I wanted to tell her about the damage being done to my son’s friends who have gay parents. I wanted to yell at her that a vote for Trump was a vote against finally taking climate change seriously,” Tuttle continued, describing Trump as an incompetent man with rotten values. (RELATED: Exclusive: Gay Trump Supporters Set The Record Straight)

Tuttle also alleges that the woman seemed embarrassed to have voted for the current president, according to her son.

Her son said he couldn’t get the woman out of his head and described her as “nice.”

Tuttle admitted that “nobody should be judged for where they come from … it’s on the actions they take in situations that affect other people,” saying that the woman should reconsider her values. Tuttle disregards the woman’s unrequited act of kindness toward her and her son.

“If she liked my son so much, maybe she’ll carry his face and voice in her head a little bit, perhaps when she goes into the voting booth,” Tuttle wrote. Supporting Trump and liking black people are diametrically opposed apparently, according to Tuttle.

“[T]hings are going to change. They have to,” Tuttle concluded.

She did not respond to The Daily Caller News Foundation’s request for comment.