More than 250 runners participating in a half marathon in Shenzhen, China, were disqualified after hundreds were caught cheating last Sunday, Chinese state-run media outlet Xinhua said.

CAUGHT CHEATING: Traffic camera captures half-marathon runners taking a shortcut through the trees during a race in Shenzhen, China.

In all, 258 runners in Sunday’s race were reportedly punished for various methods of cheating. https://t.co/giSv2fYmEf pic.twitter.com/8E6aBmardR

In all, 258 people were caught cheating in a variety of ways. Camera footage and local photographers showed people cutting through a path of trees that cut off approximately 1.2-1.9 miles (or approximately 10 percent off the total), according to ABC News. (RELATED: Unknown Local Accidentally Wins A Marathon After The Top Runner Takes A Wrong Turn)

The individuals caught cutting through the trees could face up to a two-year ban on participating in the race. 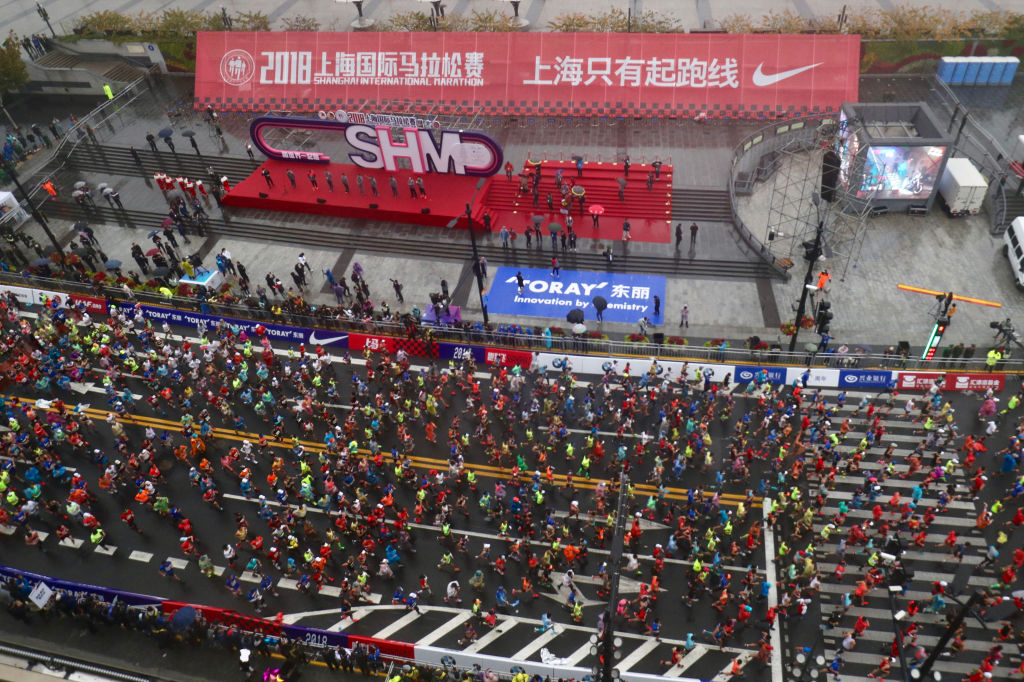 Runners take part in the Shanghai International Marathon in Shanghai on November 18, 2018. (Photo by – / AFP) / China OUT (Photo credit should read -/AFP/Getty Images)

Three runners were found to be running on behalf of other people, while 18 participants were accused of wearing fake bibs, Xinhua reported. These participants face lifetime bans for their roles in the deception.

Xinhua reported that the race organizers said, “We deeply regret the violations that occurred during the event. Marathon running is not simply exercise; it is a metaphor for life, and every runner is responsible for him or herself,” and it was translated by The Guardian.