U.S. authorities arrested a Honduran national who illegally entered the United States after joining the migrant caravan and who is a convicted murderer, DHS announced Friday. 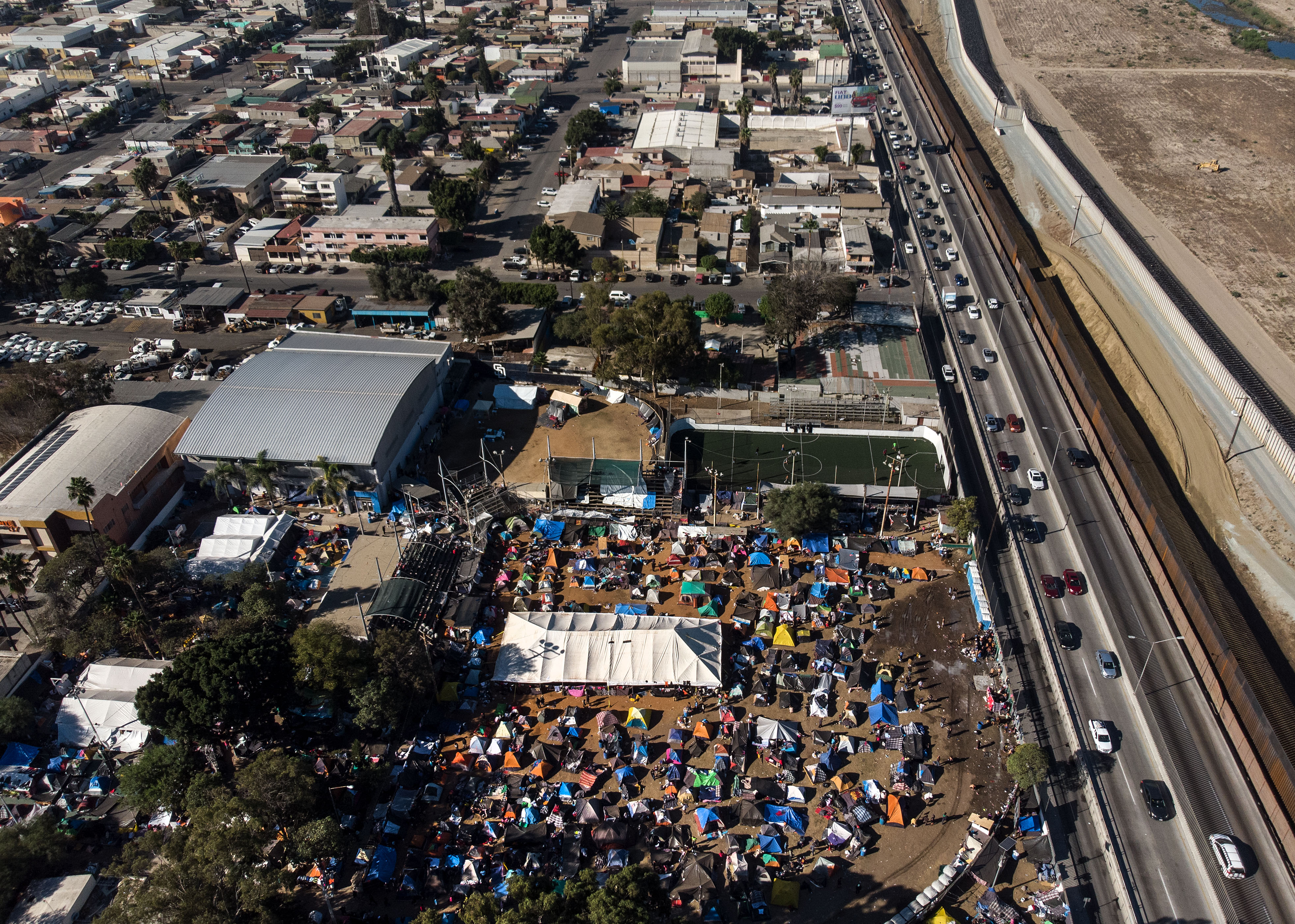 Aerial view of a temporary shelter where Central American migrants -mostly from Honduras- are staying in Tijuana, Baja California State, Mexico, in the border with the US, on November 27, 2018. – After a trek of more than a month from Honduras, nearly 5,000 migrants — including women and children — are now in Tijuana living in a makeshift shelter. (Photo by Guillermo Arias / AFP)

“Border Patrol agents arrested a convicted murderer from Honduras Saturday night after he illegally entered the United States with other members of the migrant caravan,” DHS said, adding that the man was arrested along with three others while trying to illegally enter the United States. (RELATED: WHAT HAPPENS IF THE CARAVAN MAKES IT TO THE BORDER?)

Agents discovered documents indicating one of the men, 46 year-old Miguel Angel Ramirez, was recently released from prison in Honduras.  Ramirez later admitted he was arrested and convicted for murder in Honduras and was released just four months ago …  The San Diego Sector Border Patrol’s Foreign Operations Branch corroborated the man’s admission with the Honduran Consulate in Los Angeles and discovered that Ramirez served 16 years in a Honduran prison for his crime.

CIUDAD TECUN UMAN, GUATEMALA – OCTOBER 19: Members of the migrant caravan push forward at a gate separating Guatemala from Mexico on October 19, 2018 in Ciudad Tecun Uman, Guatemala. The caravan of thousands of immigrants, most from Honduras, pushed open the gate on the Guatemalan side and crossed the bridge to Mexico but were then pushed back by Mexican riot police. (Photo by John Moore/Getty Images)

DHS also noted that “the other two men arrested, ages 22 and 38 were Honduran nationals. One of those men was previously deported.”

Thousands of central Americans are currently making their way to the United States within the caravan with some already camping out in Tijuana waiting to cross the border.

The migrants intend to claim asylum by claiming “credible fear” in the United States to exploit a loophole which allows them to remain in the country essentially unmolested for months and sometimes years.

The utterance of “credible fear” and other “magic words” by migrants triggers protocols of U.S. asylum law that require adjudication before a court. The years-long process of adjudication poses a further problem for authorities when it comes to detention of these migrants, particularly those who arrive as part of a family unit.