Republican Washington Rep. Dan Newhouse married his bride Joan Galvin in the U.S. Capitol Friday after losing his late wife to cancer in 2017.

Newhouse and Galvin were married in the Congressional Prayer Room in the Capitol by House Chaplain Rev. Patrick J. Conroy. 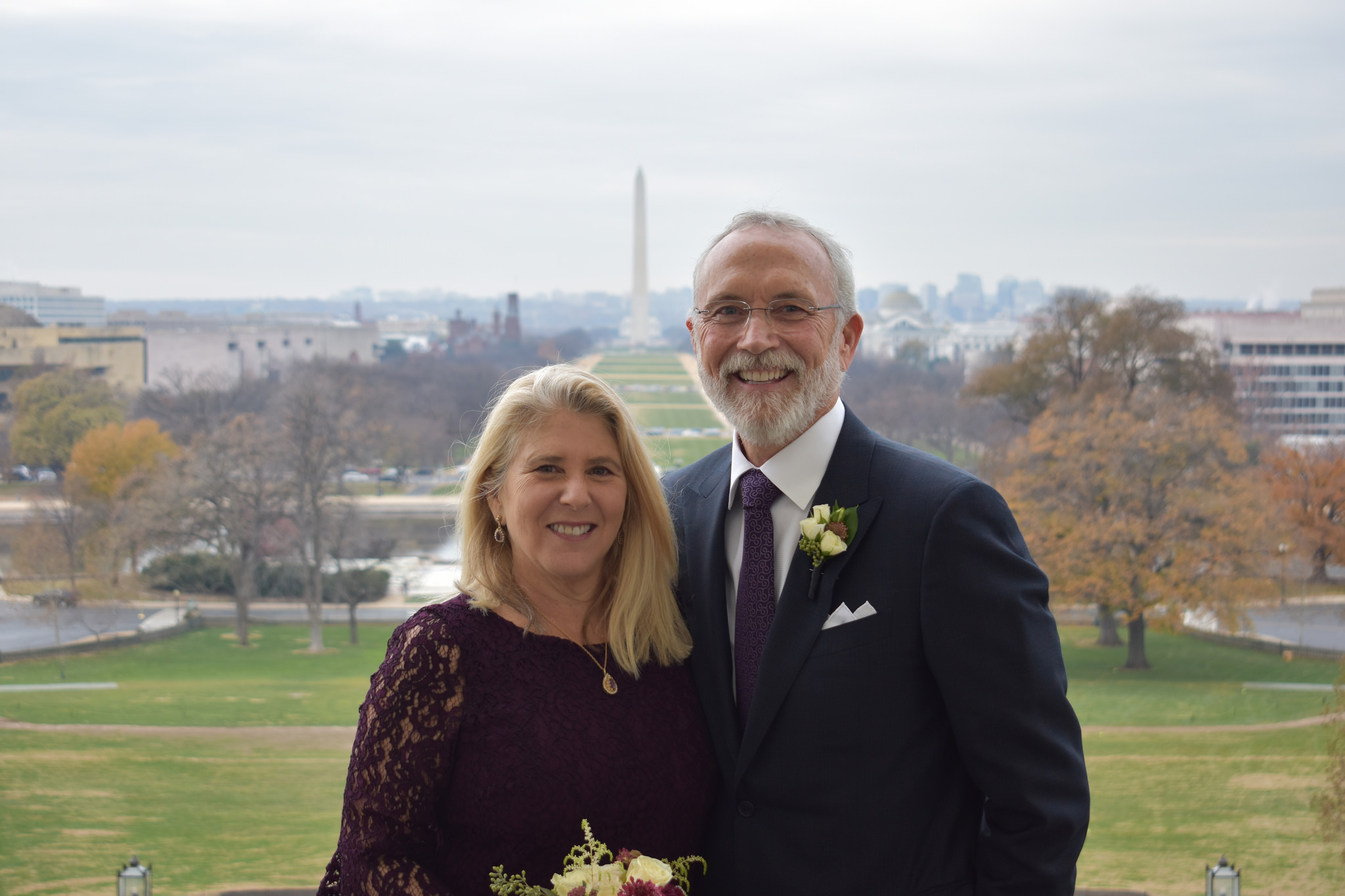 “I am overjoyed and truly blessed to be starting this new chapter of my life with Joan,” Newhouse said in a statement Friday. “We are so grateful for the support and love of our friends, family, and everyone celebrating with us in spirit.”

Sessions and his wife also married in the chapel near the Capitol Rotunda seven years ago in Washington, D.C., he said according to Lissandra Villa of BuzzFeed News.

Galvin works for New York City-based law firm Kelly Drye and Warren and lobbies for clients focused on agricultural and wildlife issues, reported the Tri-City Herald. Newhouse checked with the House Ethics Committee to make sure their relationship did not blur any lines, and his office stresses the “absolute separation” between their personal and professional lives.

An unusual passion of Galvin led her to Newhouse. She loves elephants and is involved with the conservation nonprofit International Elephant Foundation, reported the Tri-City Herald.

Rep Dan Newhouse on his way to the Capitol’s chapel where he’s getting married rn! pic.twitter.com/tiXXfpm5Sv

That passion led her to a circus performance featuring elephants where she met Newhouse’s late wife and daughter, reported the Tri-City Herald.

Dan Newhouse has represented Washington’s 4th District since 2015, according to Ballotpedia. He was one of nearly 100 Republicans who voted against the $1.3 trillion 2018 fiscal year budget that passed in March.

Dan Newhouse was unable to vote for the Republican-backed American Health Care Act intended to roll back the Affordable Care Act in 2017 because of his late wife’s illness.