The Trump administration approved five requests for seismic testing from oil companies as they prepare to survey for oil and gas deposits located off-shore, and activists claim the move risks harming ocean life.

The National Marine Fisheries Service, a division of the Commerce Department, is preparing to issue “incidental take” permits Friday that will allow companies to expand federal oil and gas leases to the Atlantic. Such leases could lead to exploratory drilling for the first time in several years.

Democratic lawmakers criticized the permit approvals. Democratic Rep. Raúl Grijalva of Arizona, the ranking member of the House Natural Resources Committee, told reporters the decision is “an alarming sign of [its] indifference to the fate of coastal communities and marine life, including the endangered north Atlantic right whale.” A number of activists share his point of view.

“We are very concerned about the future of North Atlantic right whales,” Barb Zoodsma, a biologist for NOAA Fisheries, said in a Nov. 15 press statement. “We lost 20 right whales in U.S. and Canadian waters since 2017 during an Unusual Mortality Event. The number of right whale deaths is troubling for a population of a little more than 400 animals.”

The oil and gas industry is generally favorable to opening the permitting process. The American Petroleum Institute released a Nov. 15  report that shows tapping oil and natural gas reserves in federal waters could be worth $1.5 billion in tax revenue to South Carolina over two decades.

Tax revenue from the oil industry could reduce property taxes and tuition hikes and be used to rebuild infrastructure, Mark Harmon, executive director of the S.C. Petroleum Council, noted in a statement attached to the report. 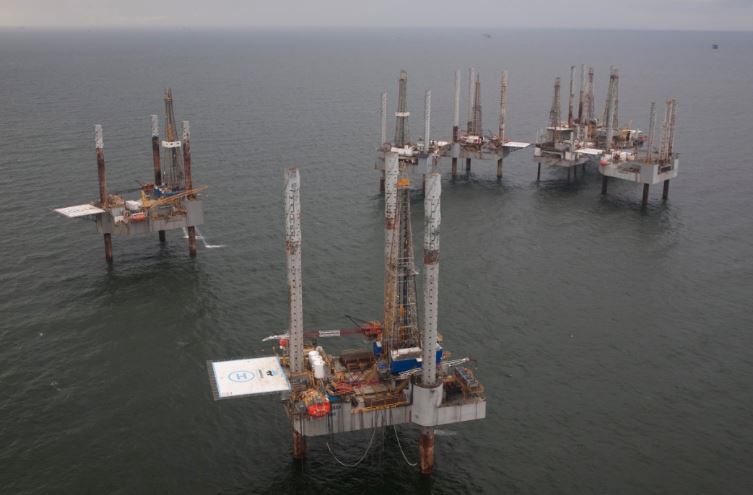 President Donald Trump set out to roll back many Obama-era environmental regulations. He has so far rescinded the Clean Power Plan, Waters of the United States, and has withdrawn the U.S. from the Paris climate accord. (RELATED: Trump Administration Rolls Back Obama-Era Train Regulation)