First lady Melania Trump walked through the White House Christmas decorations and explained why she chose them in an exclusive interview with “Fox & Friends” co-host Ashley Earhardt that aired Friday morning.

Some of her decorations were met with criticism when they were first unveiled. The Washington Post devoted an entire article to criticizing her decorations and Vice said it was a “Christmas from Hell.” (RELATED: Melania Trump Claps Back At Christmas Decoration Critics: ‘I Think They Look Fantastic’)

“So here we are in the Cross Hall and Grand Foyer,” the first lady stated. “This is representing — you could see the color red. It represents the bravery, heart and patriotism. So here we go to the East Room, but it’s decorated blue, and then we will see later on the State Room. And here we are, this is red, blue, and white, and it’s patriotic and it reminds us of [the] American flag.”

She added, “We have thousands and thousands of people coming through here and [seeing] the decorations. So it’s very exciting. So here we are arriving in the East Room. This represents diversity of the cities in [the] United States.”

“We have over 6,000 applications and around 230 volunteers came and in six days did everything,” Melania added.

“I understand you make it a priority to choose volunteers that are in the military, or represent military families,” Earhardt responded. 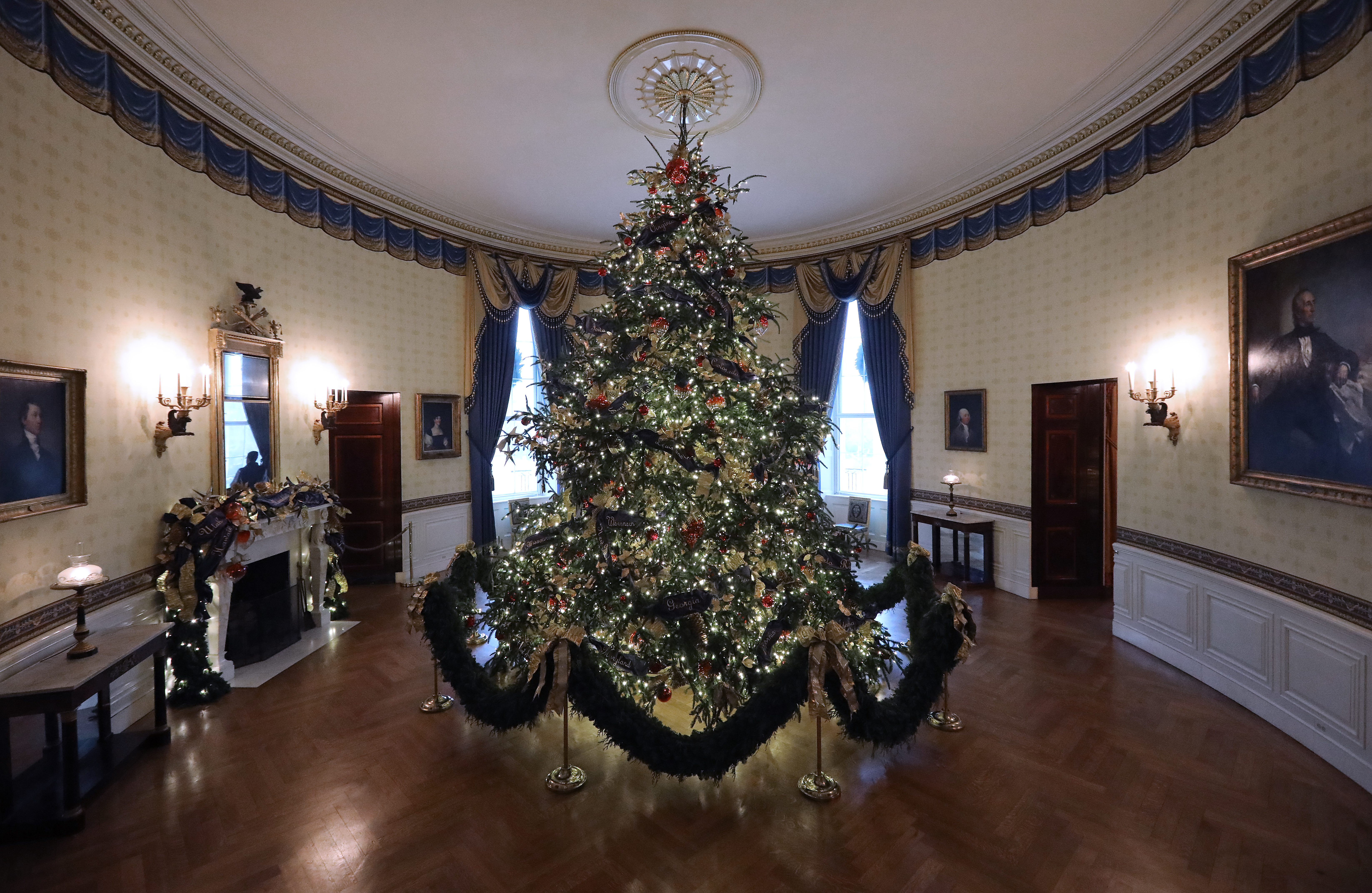 WASHINGTON, DC – NOVEMBER 26: At 18 feet tall, the official White House Christmas is dressed in over 500 feet of blue velvet ribbon embroidered in gold with each state and territory, on display inside the Blue Room at the White House November 26, 2018 in Washington, DC. (Photo by Chip Somodevilla/Getty Images)

“Every room [is] different. Every room has a different representation. And this year it’s a theme of American treasures,” the first lady continued. “This is the harvest room. It’s a green room and it’s a harvest room. [This tree has a] variety of vegetables and fruits and grains on it. So it represents what America produces.”

“North Carolina this year, and this is the Christmas tree, official white House Christmas tree. And it’s 18 feet tall,” she continued, adding that all of the states, regions and territories are represented on this particular tree. 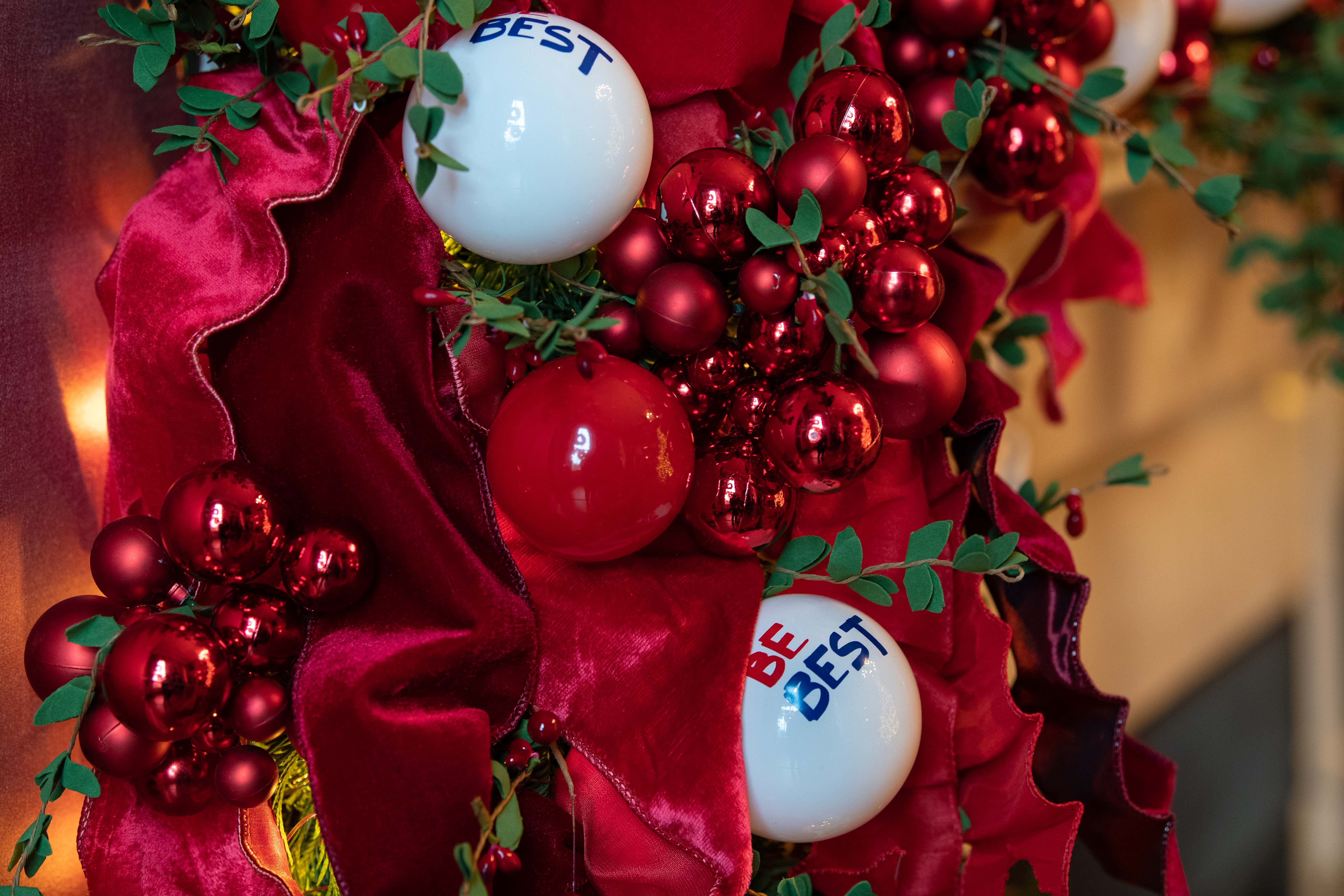 Christmas decorations are seen at the White House during a preview of the 2018 holiday decor in Washington, DC, on November 26, 2018. (Photo by NICHOLAS KAMM / AFP) (Photo credit should read NICHOLAS KAMM/AFP/Getty Images)

Melania then made a shocking admission, saying she hasn’t thought about what she’s going to get President Donald Trump for Christmas.