Former President George W. Bush wished his father a goodbye via speakerphone and told him he had been a “wonderful father” and that he loved him.

“I love you, too,” his father replied.

Bush was born June 12, 1924, to Prescott and Dorothy Bush, and was one of the last presidents who served in World War II. He died less than eight months after his wife, former first lady Barbara Bush, who passed away in April. (RELATED: Barbara Bush Dies At 92) 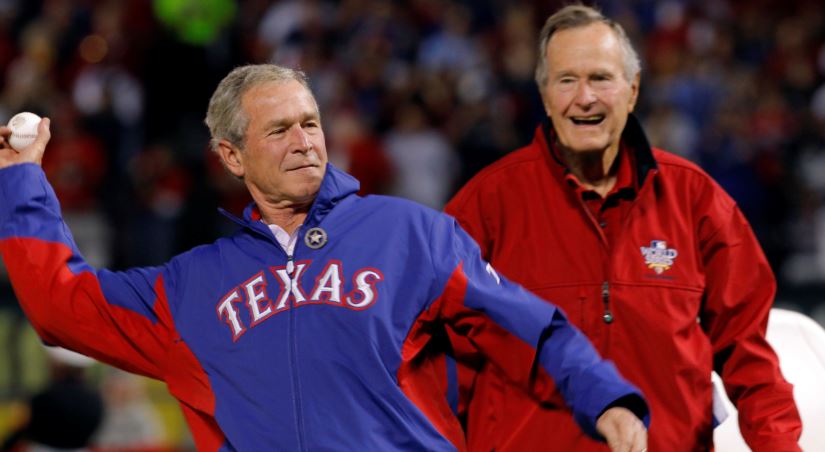 President Donald Trump and Vice President Mike Pence paid their respects in a press statement Saturday morning praising the 41st president for guiding the country through the end of the Cold War.

“Melania and I join with a grieving Nation to mourn the loss of former President George H. W. Bush, who passed away last night,” he said. “[W]ith sound judgement, common sense, and unflappable leadership, President Bush guided our Nation, and the world, to a peaceful and victorious conclusion of the Cold War.”

“Karen and I were saddened to learn of the passing of President George H. W. Bush and we send our deepest sympathies to the entire Bush family,” the vice president noted in a statement.

“President Bush loved his family, loved his country, and his legacy will be a lifetime of service to the United States of America.”