President Donald Trump paid tribute to deceased former President George H.W. Bush in an announcement about his death late Friday night and will attend his funeral at the National Cathedral in Washington, D.C.

President George H.W. Bush poses for photographers after his address to the nation December 25, 1991 in Washington, about the resignation of Soviet President Mikhail Gorbachev. REUTERS/Stringer

“Melania and I join with a grieving Nation to mourn the loss of former President George H.W. Bush, who passed away last night,” he said, adding, “with sound judgement, common sense, and unflappable leadership, President Bush guided our Nation, and the world, to a peaceful and victorious conclusion of the Cold War.”

“Along with his full life of service to country, we will remember President Bush for his devotion to family—especially the love of his life, Barbara. His example lives on, and will continue to stir future Americans to pursue a greater cause.  Our hearts ache with his loss,” they continued.

White House press secretary Sarah Huckabee Sanders also issued a Saturday statement noting that “the President and First Lady were notified late last night of President George H.W. Bush’s passing. President Trump is scheduled to speak with President George W. Bush this morning and offer his condolences on behalf of himself, the First Lady, and the entire country.”

“A state funeral is being arranged with all of the accompanying support and honors. The President will designate Wednesday, December 5th as a National Day Of Mourning. He and the First Lady will attend the funeral at the National Cathedral in Washington, D.C.”

President George H.W. Bush led a long, successful and beautiful life. Whenever I was with him I saw his absolute joy for life and true pride in his family. His accomplishments were great from beginning to end. He was a truly wonderful man and will be missed by all! 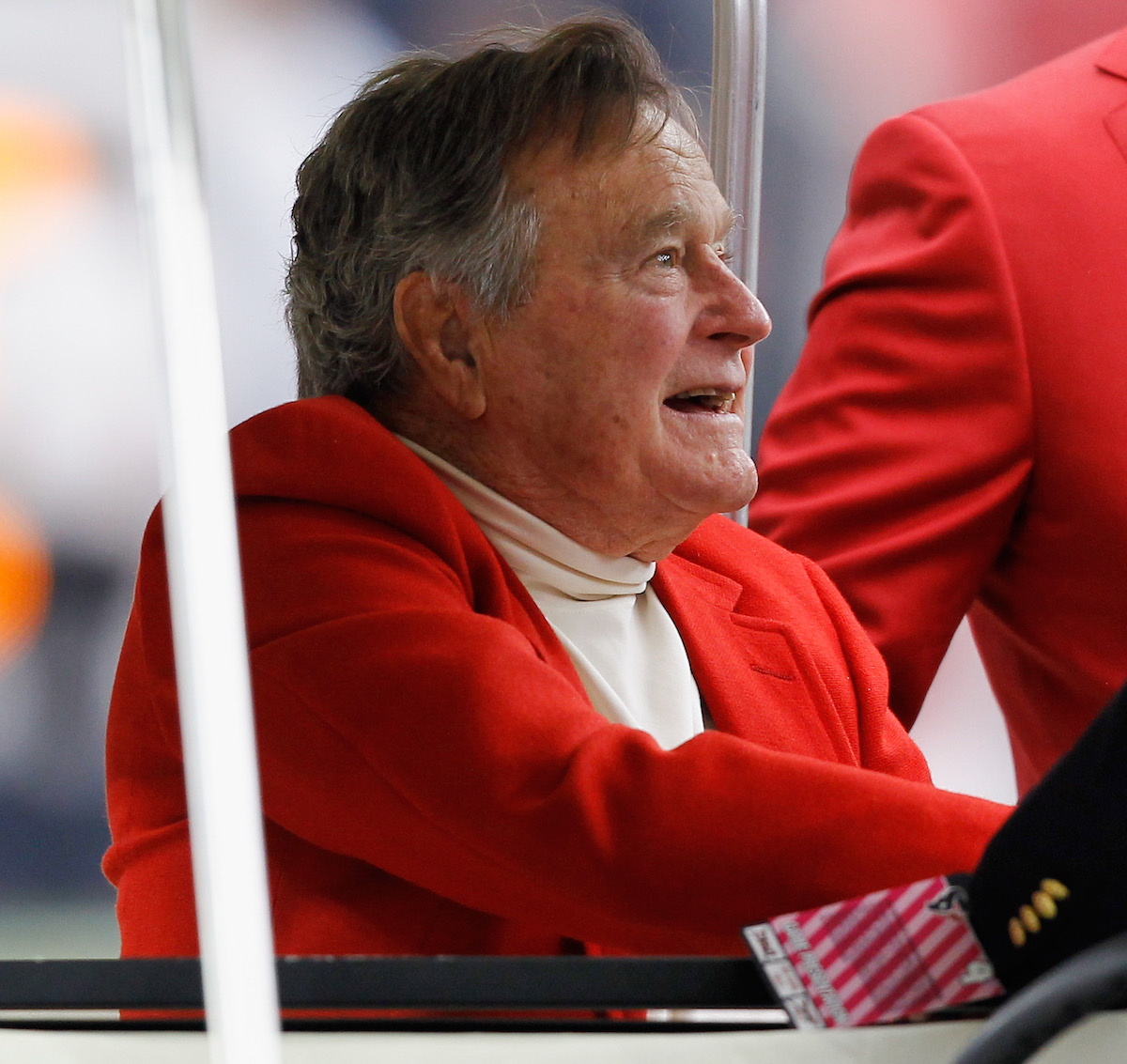 Bush’s death was announced late Friday evening by the office of former President George W. Bush. H.W. lived until 94 years old, the majority of which he was able to spend with his wife Barbara. Former First Lady Barbara Bush died only months earlier in April 2018. (RELATED: President George H.W. Bush Passes Away At Age 94)

Statement by the 43rd President of the United States, George W. Bush, on the passing of his father this evening at the age 94. pic.twitter.com/oTiDq1cE7h

Trump was joined by Vice President Mike Pence in expressing condolences to the Bush family.