An upcoming book based on conversations between Pope Francis and a Spanish priest quotes Francis as saying that he is deeply concerned about homosexual clergy.

The book, entitled La Fuerza de la vocacion, or The Strength of Vocation, is based on four hours of conversation that the pontiff and Spanish missionary priest Fernando Prado had at the Vatican in August. Italian daily Corriere della Sera released excerpts of the book online, revealing that Francis told Prado that homosexuality in the clergy “is something that worries me.” (RELATED: Conservative Catholics Call For Purge Of Gay Priests In Light Of Sex Abuse Scandals)

The book also quotes the head of the Catholic Church as refuting priests who have said that having gay clergy in clerical housing is not an issue, because their homosexual acts are “only an expression of affection.” The pontiff said that those who suggest that notion are “in error.”

“In consecrated life and priestly life, there is no place for this kind of affection,” the book quotes Francis as saying, according to The Associated Press.

Francis also acknowledged the that cultural trend of acceptance and even promotion of homosexual lifestyles has affected the church. 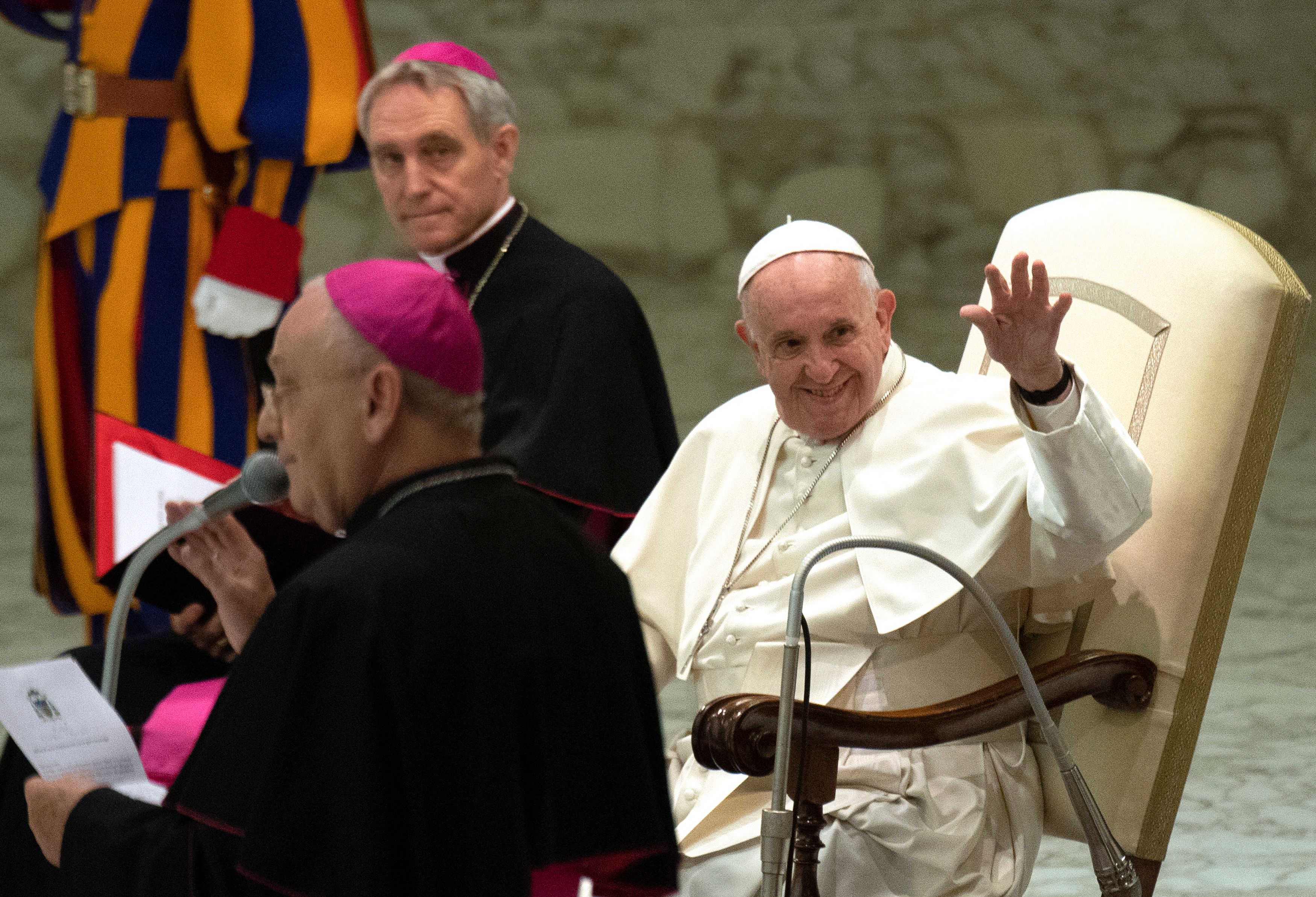 Pope Francis (R) waves before the audience with members of the Molfetta and Ugento dioceses in Paul VI hall at the Vatican on Dec. 1, 2018. (TIZIANA FABI/AFP/Getty Images)

“In our societies, it even seems homosexuality is fashionable. And this mentality, in some way, also influences the life of the church,” he says in the book, adding that the issue of homosexual clergy in general is “a very serious question.”

The pontiff also clarified, however, that those who experience same-sex attraction but are members of the church and live according to its teachings do contribute to the Catholic community.

“They are persons who will live in the service of the church, of the Christian community, of the people of God,” Francis says in the book. “Let’s never forget this perspective.”

The book will be published on Dec. 3.