Gary Andersen may be getting back to his roots to take over the Utah State football program.

According to Football Scoop, Andersen has been hired by the Aggies to take over their program after he left following a successful 2012 campaign.

What happened after his departure from USU back in 2012 wasn’t for the best at all. He took over the Wisconsin Badgers for a couple years, played some solid football, and then left under extremely strange circumstances.

As a Wisconsin guy, I’ve heard a billion different rumors and reasons for his abrupt departure. Honestly, at this point in time, we’re probably never going to know the truth. (RELATED: Georgia Loses To Alabama After One Of The Dumbest Play Calls In Football History)

Then he took over for Oregon State and led them to an abysmal 7-23 record under his tenure. Now, after some time away from being a head coach, Andersen is back in the driver’s seat of a program. 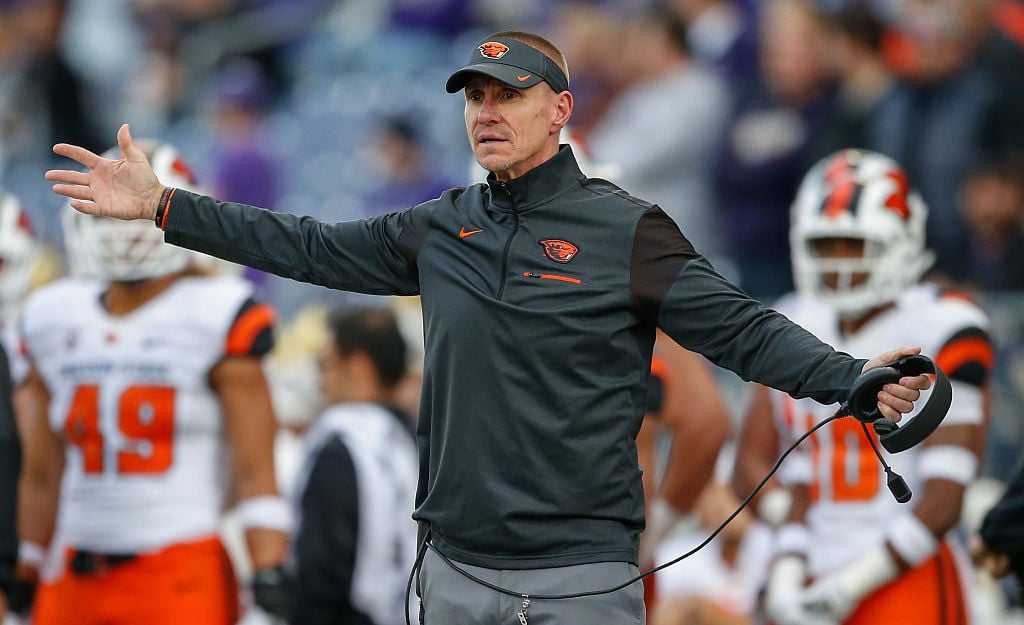 SEATTLE, WA – OCTOBER 22: Head coach Gary Andersen of the Oregon State Beavers gestures from the sidelines on during the game against the Washington Huskies on October 22, 2016 at Husky Stadium in Seattle, Washington. The Huskies defeated the Beavers 41-17. (Photo by Otto Greule Jr/Getty Images)

However, being at a non-Power Five is where he’s done his best. Hopefully he finds his groove back with the Aggies.