The 41st president of the United States passed away Friday night at the age of 94, but death almost came for him 74 years earlier, and in gruesome fashion.

During World War II, in what became known as the “Chichijima incident,” four Americans were murdered, cooked and eaten by Japanese soldiers after having their planes shot down in Chichi Jima, an island near Tokyo.

On Sept. 2, 1944, nine American airmen were shot down during the bombing raids. Eight of them were captured, tortured and murdered. The only survivor was 20-year-old fighter pilot George Bush, who was en route to bomb a Japanese radio station when his Avenger light bomber was shot down. (RELATED: George H.W. Bush Has A Far-Reaching Supreme Court Legacy) 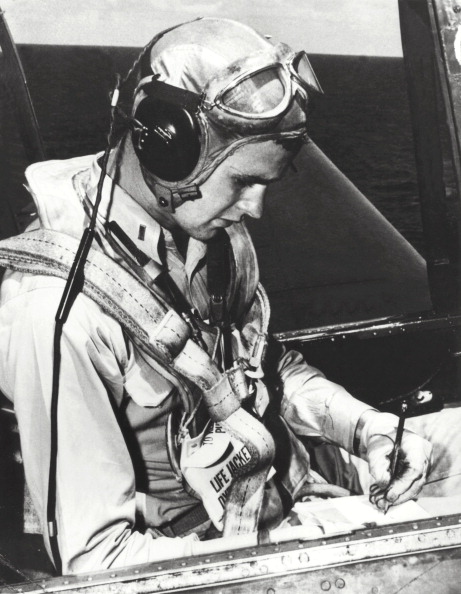 In a split-second decision, Bush quickly ditched his plane and made it onto a life raft. He spent four hours paddling away from the wreckage. Japanese soldiers continued to fire on his raft, but Bush was able to evade the bullets before eventually being rescued by an American submarine.

The courage demonstrated in the aftermath of the tragedy made Bush a war hero, for which he received the Distinguished Flying Cross. (RELATED: Air Force One Gets Temporarily Renamed For Transport Of Former President Bush)

World War II hero: George H.W. #Bush41 flew 58 combat missions over the Pacific. On Sept. 2, 1944, he was shot down. Some of his navy buddies were also shot down, but were captured, beheaded – even cannibalized – by the enemy. Here: Bush being rescued /1 https://t.co/SEzCjXSstn pic.twitter.com/a7Wd26pmwf

The eight other pilots, who did not survive, were named Jimmy Dye, Floyd Hall, Marve Mershon, Warren Earl Vaughn, Dick Woellhof, Grady York, Glenn Frazier and Warren Hindenlang. They were beaten, tortured and beheaded. Four of them were even consumed as food.

Bush narrowly escaped that horrendous fate. “Why had I been spared and what did God have in store for me?” he claimed to have asked himself, in a 2003 CNN documentary. “In my own view there’s got to be some kind of destiny and I was being spared for something on Earth.”