“‘I will never testify against Trump.’ This statement was recently made by Roger Stone, essentially stating that he will not be forced by a rogue and out of control prosecutor to make up lies and stories about ‘President Trump.'” Trump tweeted Monday, adding, “Nice to know that some people still have ‘guts!'”

Conway, who often comments on Trump and the administration his wife works in, appears to be suggesting Mueller may take note of this particular tweet in his ongoing investigation into whether Russians interfered in the 2016 election and if Trump’s team had anything to do with it.

The law 18 U.S.C. § 1503 bans corruptly threatening or using force to “influence, intimidate, or impede any grand or petit juror, or officer in or of any court of the United States,”or more simply put, obstruction of justice.

Conway also referenced 18 U.S.C. § 1512, which more directly bans tampering with victims, witnesses or informants, according to the Department of Justice. (RELATED: Here’s What To Make Of The Jerome Corsi-Roger Stone Saga) 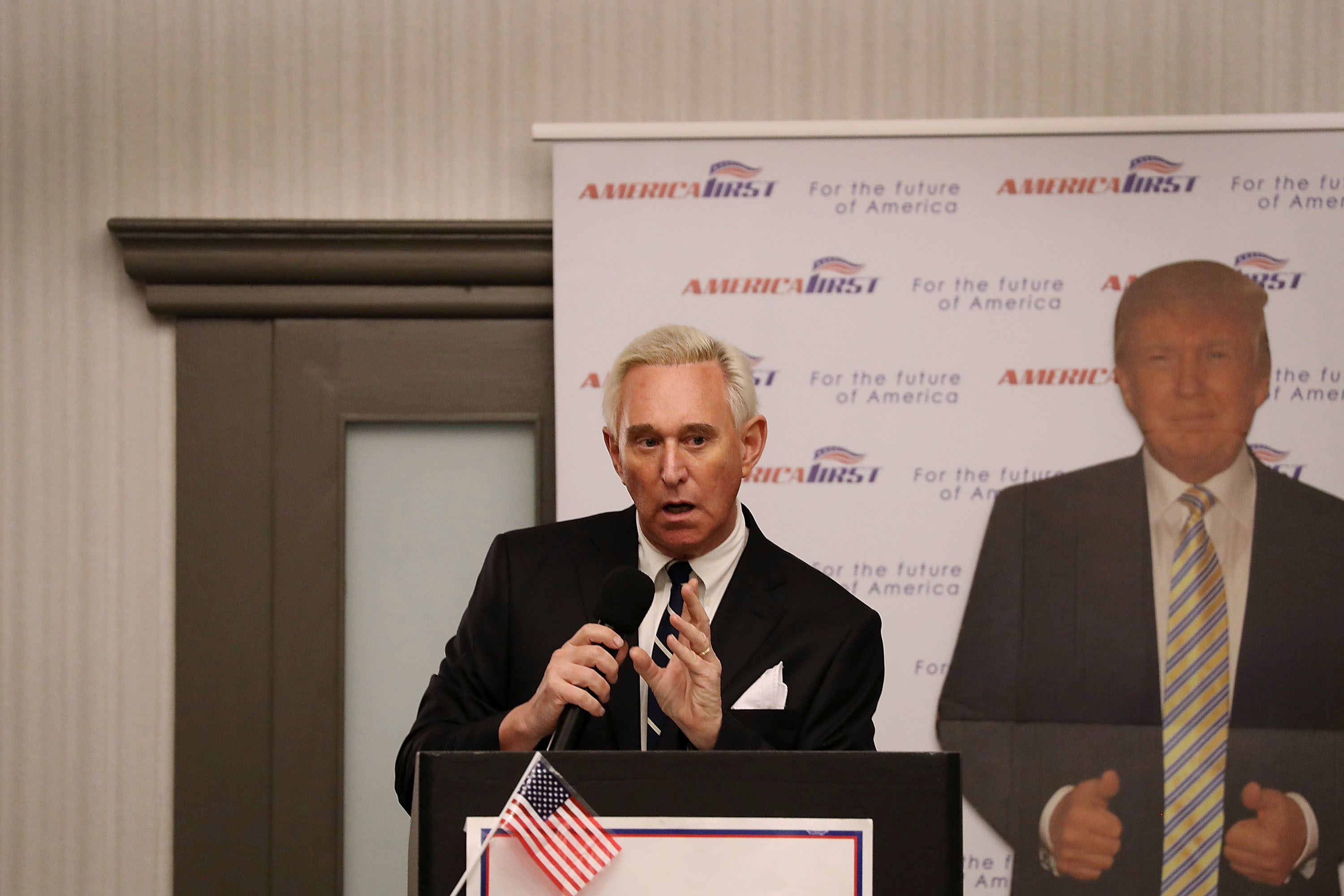 BOCA RATON, FL – MARCH 21: Roger Stone, a longtime political adviser and friend to President Donald Trump, speaks before signing copies of his book “The Making of the President 2016” on March 21, 2017. (Photo by Joe Raedle/Getty Images)

“Bob Mueller (who is a much different man than people think) and his out of control band of Angry Democrats, don’t want the truth, they only want lies,” Trump followed added in another tweet. “The truth is very bad for their mission!”

George is right. This is genuinely looking like witness tampering. DOJ (at least with a nonfake AG) prosecutes cases like these all the time. The fact it’s done out in the open is no defense. Trump is genuinely melting down, and no good lawyer can represent him under these circs https://t.co/zqFUoQvWTf

Trump also hit at his ex-lawyer Michael Cohen in his string of tweets, suggesting he get a longer prison term for his crimes involving bank fraud and campaign finance laws.

“You mean he can do all of the TERRIBLE, unrelated to Trump, things having to do with fraud, big loans, Taxis, etc., and not serve a long prison term?” the president wrote on Twitter.

“He makes up stories to get a GREAT & ALREADY reduced deal for himself, and get […] his wife and father-in-law (who has the money?) off Scott Free. He lied for this outcome and should, in my opinion, serve a full and complete sentence.”