Meryl Streep said “we should be afraid” of President Donald Trump now that “his children are in jeopardy,” during her appearance at a fundraiser over the weekend.

“I’m scared by [Trump],” the 69-year-old actress told an audience at the Montclair Film Festival’s “An Evening with Stephen Colbert” in New Jersey, according to a Variety report published Sunday. (RELATED: Rose McGowan Slams Meryl Streep For Silent Protest Planned For Golden Globes) 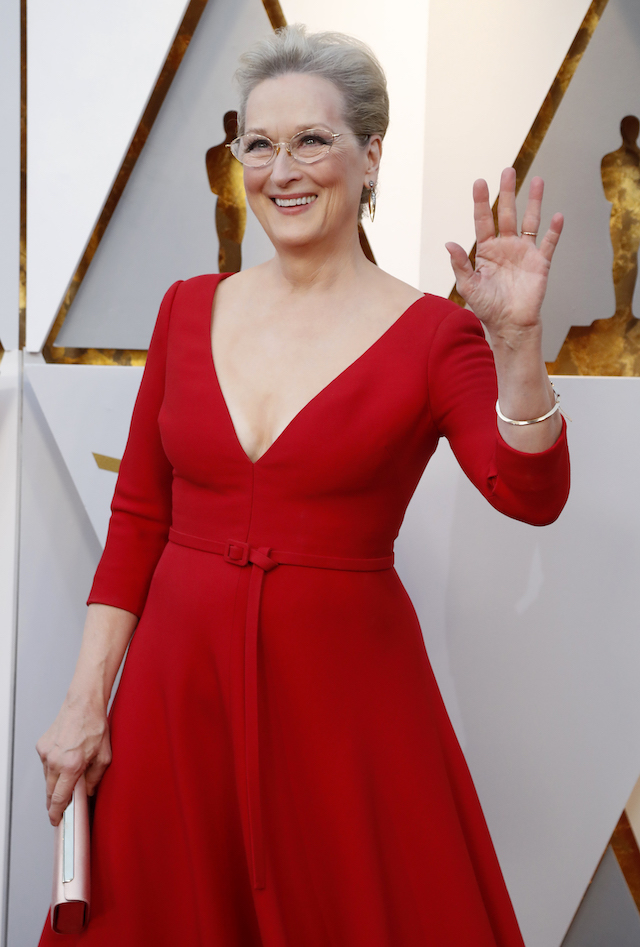 “By his possibility,” she added. “I empathize with him. I can’t imagine what his 3 a.m. is like. There is a gathering storm. Everybody feels it. He feels it.”

Streep continued, “His children are in jeopardy and I feel that. I think, what if my children were jeopardy? I would do anything. Anything! To get them out of trouble. So we should be afraid.”

The comments were in light of Donald Trump Jr. and Ivanka Trump’s names making headlines recently in connection with reports about special counsel Robert Mueller’s investigation into allegations of Russia’s involvement in the 2016 election — not to mention the celebrity’s other attacks on the president since he has taken office.

The “Mama Mia!” star has not only taken swipes at Trump, but also first lady Melania Trump and first daughter Ivanka. During an interview about the #MeToo movement and allegations of sexual assault against Harvey Weinstein, Streep hit back at the Trump family when pressed about her silence on the disgraced movie mogul.