“I knew there’d be a lot of love for GHWB this week. It’s arguably a nice tradition that former presidents get a send off that emphasizes their better qualities but I’ve never seen any POTUS death this hagiographic.”

Note to readers: Hagiographic implies someone who is “holy.”

The Mirror has been away for the Thanksgiving holiday…

Here’s a picture to give you a hint. 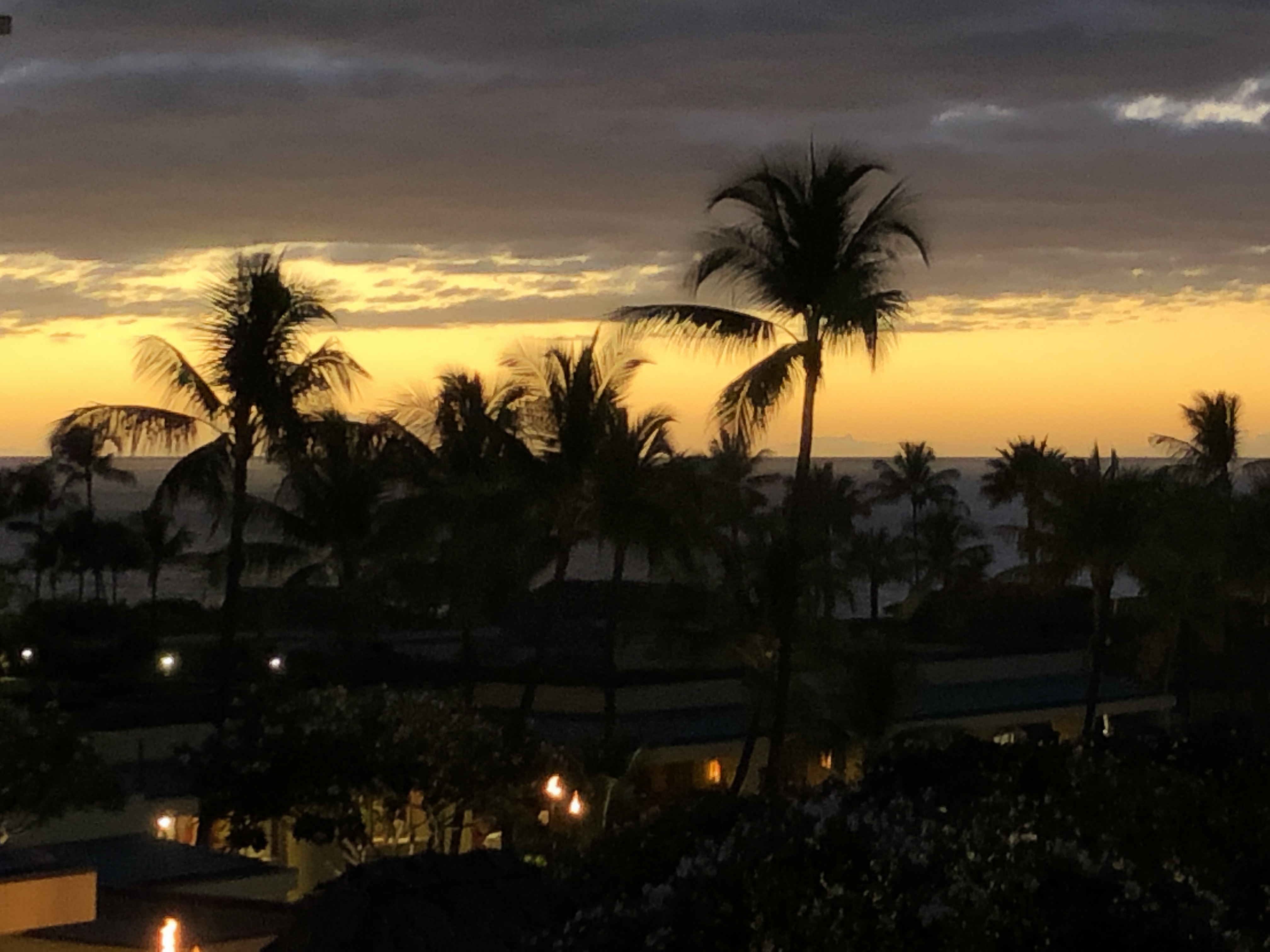 “GHW Bush isn’t even trending. THAT’S what happens to presidents who betray their central campaign promise. No mark. No legacy. Not even trending.” — Ann Coulter, conservative commentator.

“On the night he was elected President, GHW Bush was watching the returns at a friend’s house in Houston. When the call came that he had won, with his vp motorcade waiting to take him to the victory party across town, Bush’s first act was to help clear the dinner dishes.” — Brit Hume, Fox News.

Politico reporter to compete on ‘Jeopardy!’

“It’s official, guys — I will be competing on Jeopardy on Dec 12th! Please join me at the Big Board on H St NE for a local watch party from 7-8pm, and tune in on your local ABC station.” — Elana Schor, Politico.

“Better than average Southwest airlines joke just now: ‘At this point, one really good looking flight attendant will be coming through the aisle — as well as a really really ugly one.'” — Sen. Ben Sasse (R-Nebraska).

Patrick Howley with some Thanksgiving cheer…

“The ban of Laura Loomer has me fired up. Here’s the deal, and I say this as a Tea Partier: No more playing along with Conservatism Inc. You are either for @realDonaldTrump or against him. You are either for Winning and Saving America, or for cowardly submission to Globalism.” — Patrick Howley, EIC, Big League Politics.

“Remember when George Bush lost a presidential debate (and perhaps the presidency) by just looking at his watch? Now we’ve got a serial liar and womanizer as president, a draft dodger surrounded by a bunch of corrupt crocodiles. Times change, eh?” — Stephen King, author, horror books.

The Daily Caller and Townhall‘s Derek Hunter remarked, “I could’ve sworn he was describing the guy Bush lost to in 1992. The description is dead-on.”

About that robbery at the D.C. Whole Foods…

“Yes, the attempted robbery was in ‘my’ Whole Foods. I wasn’t in there at the time — I don’t yet know who was shot or the extent of their injuries. Over the past years I’ve gotten to know a lot of the staff and they’re all lovely people who make me smile every morning.”

“I walk in for fruit every day — couple days ago my favorite cashier gave me a hug and said ‘don’t you steal my girl!’ to the cashier whose line I’d walked into. Someone had just been a jerk to him and he said ‘some people just want be mad — I like you cause you’re always happy!'”

“I love my neighborhood and everyone in it. I don’t knee-jerk to make the cliche DCist ‘I’m moving to Virginia!’ comments when things like this happen the way I used to because I feel connection to the people who live here. And we all hate the crime.”

This is unsettling. Sherrod Brown appears to have combed his hair. pic.twitter.com/mnBKxqL5Dq

“I really want @RepMiaLove to answer this: How can she rip the @GOP for not making women and minorities feel welcome if she, as a Black woman, made no substantive effort to talk to Black media? I had @Reince Priebus on @TJMShow but never Mia. Explain that.” — Roland Martin, host of the online Roland Martin Show.

“I communicate offline a lot with some of the very well known far right folks on twitter. We wildly disagree on politics obviously, but I like the dialogue w/people who are as passionate about what they believe as I am. My biggest issues are with Trump/Trumpism, not conservatism.” — Andy Lassner, executive producer, The Ellen Show.

“A rare non-news related tweet. What fresh winter!greenery is best for scenting the house? (Short of a full tree?) My Home Depot has so many good options—cedar, pine, etc. Help! I want that clean winter smell by my door.” — Amanda Carpenter, CNN contributor. 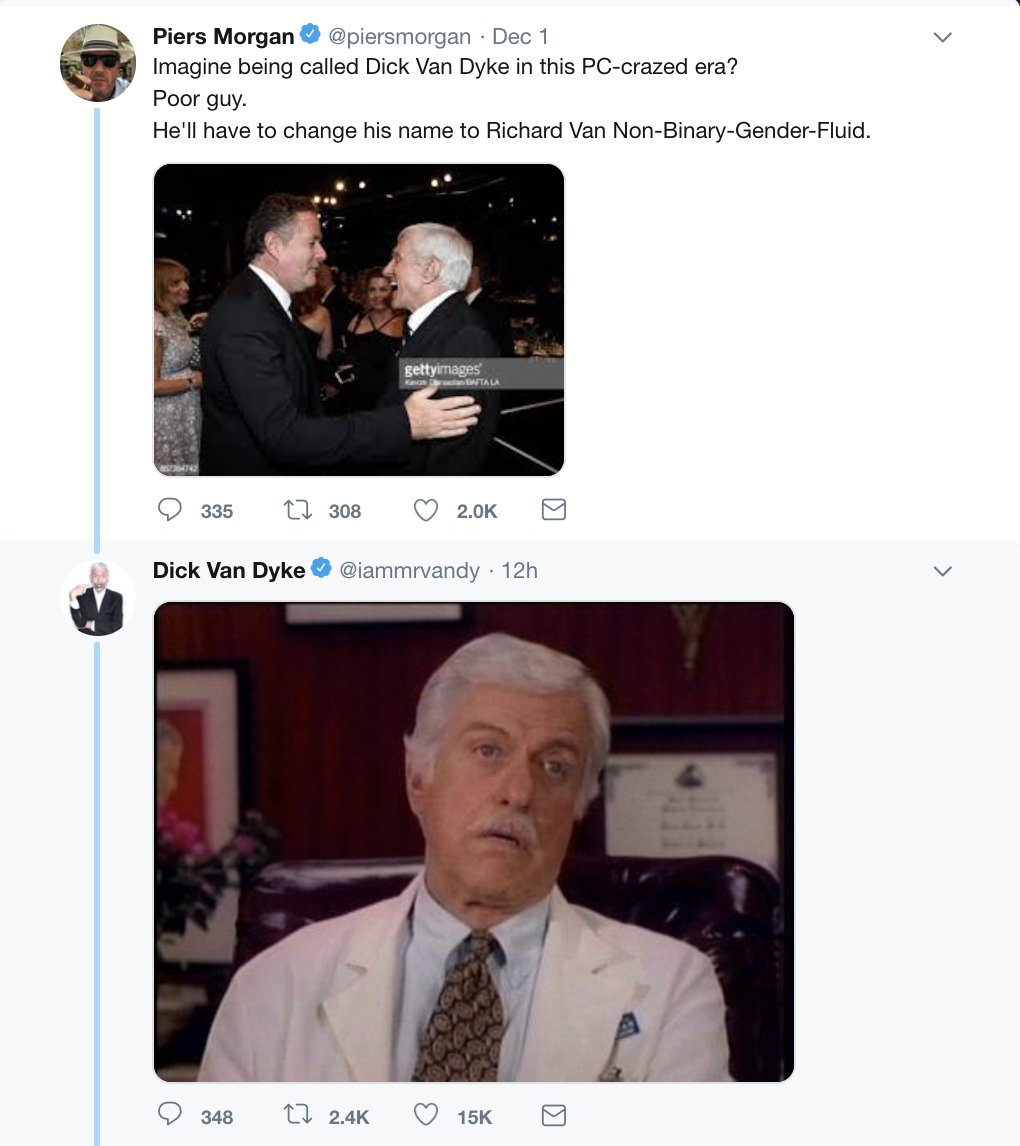 NYP‘s Page Six: How many times will Alec Baldwin be arrested that someone thinks there’s something really wrong with him? Here.

“My mentions just filled up with people telling me Laura Loomer is more popular and well-known than I am. This is correct. I am now planning to give up covering conflict and terrorism so I can handcuff myself to things until people pay attention to me.” — Sulome Anderson, freelance war correspondent.

If you worked at Mic, this Daily Beast reporter wants to help you

“If you’re a journalist at Mic who got screwed over by this corporate overlord-ery, feel free to DM me. This is not for me to report anything (that would be ⁦‪@maxwelltani‬⁩’s bag…), this is to see if I can help you in some way.Getting laid off fucking blows.” — Asawin Suebsaeng, The Daily Beast.

C-SPAN has some fun with Mnuchin’s name

“I’m gonna put tape over my mouth and handcuff myself to trump tower until Don Jr. unblocks me.” — Ashley Feinberg, HuffPost.

“@TuckerCarlson‬⁩ is a piece of garbage. He enjoys taking shots at people and spewing lies, and then refuses to allow them to come on his show to defend themselves. It is the only way he can score any points – by not having the opponent there. He is a complete coward.” — Michael Avenatti.

Don’t worry, he is still with Stormy Daniels. They’ve “sorted shit out.”

[RELATED: Avenatti gets sensitive about mean people on Twitter]

[RELATED: Read all about their reconciliation here.]

[RELATED: Read all about the time Avenatti threatened The Daily Caller]

Michael Avenatti: “You are a clown and someone who has significant sexual assault issues lurking in his background. I’ve previously heard from 2 women with credible allegations. I’m very much looking forward to bringing those cases and showing the world what a pervert you really are Jimbo.”

James Woods: “Michael, you have bigger fish to fry. Have a sense of humor. It’s just Twitter, bud. C’mon. Relax. Seriously. Take a joke with a smile.”

Is Dana Rohrabacher off to Hollywood?

“@DanaRohrabacher‬⁩ says he’s done with politics after 30 years in Congress. He has a couple film scripts he’s been working on. ‘I may end up as a screenwriter, who knows — it’s time for this guy to go to Hollywood, baby!'” — Casey Tolan, Mercury News, East Bay Times.

“So now we hear on Tucker about sexual harassment claims against NBC News Pres, Andy Lack, in the 80’s. The same AL who delayed my Dateline interview until after Bill Clinton’s Impeachment. The same Andy Lack who protected Matt Laurier and Harvey Weinstein.” — Juanita Broaddrick, who alleges that former President Bill Clinton raped her in 1978 when he was Arkansas AG.

BuzzFeed editor says shame on you if you do this

“Filming people at the gym who may look silly or like they don’t know what they’re doing isn’t good content it’s trash and you’re a bad person and you should feel bad.” — David Mack, deputy director, breaking news, BuzzFeed.