The panel of “The View” women were eulogizing Bush, who passed away late Friday night, when Behar compared his policies and views on climate change to those of Trump.

“I want to say one thing about him that was not picked up really because as a candidate he said, ‘those who think we’re powerless to do anything about the greenhouse effect are thinking about the White House effect,'” Behar said. “This president that we have now is going to unravel everything that he did and Obama did, and if I ever become a one-issue voter, it will be about pollution.”

“Can we focus on the president, please?” McCain interrupted. “I just, I don’t want to talk about Trump when we’re in a moment — when we’re honoring a great president.” 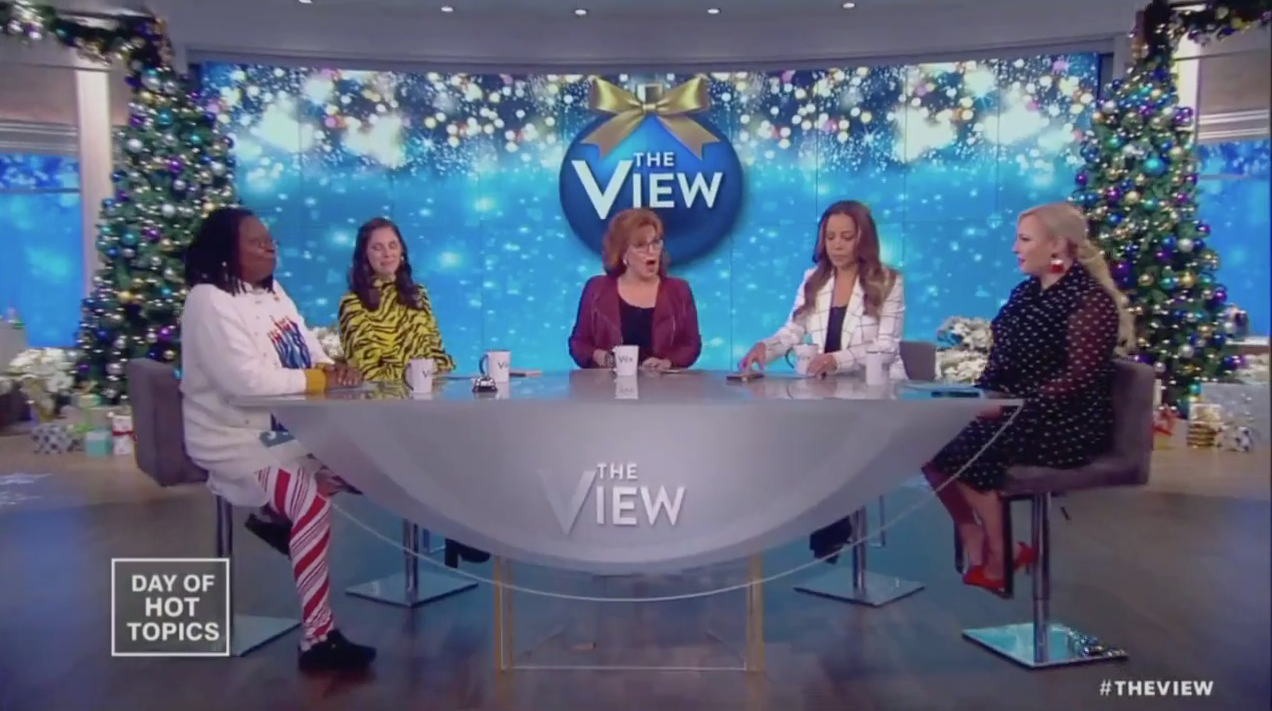 Behar refused to be cut off by McCain, replying angrily, “Excuse me! Excuse me, please!”

“Okay, but we’re honoring — I’m not interested in your one-issue voter talk,” McCain shot back.

The spat quickly turned nasty as the pair told each other they don’t care what the other has to say.

“Well I don’t care what you’re interested in either,” McCain said aggressively.

McCain notably took a swipe at Trump after her father, Republican Arizona Sen. John McCain passed away due to complications from brain cancer. During her father’s funeral, McCain mocked Trump’s campaign slogan, stating, “The America of John McCain has no need to be made great again because America was always great.” (RELATED: Meghan McCain Blasts Trump At John McCain’s Funeral)

McCain took another shot at Trump while talking about “American greatness,” asserting that she was referencing “The real thing, not cheap rhetoric from men who will never come near the sacrifice he gave so willingly, nor the opportunistic appropriation of those who lived lives of comfort and privilege while he suffered and served.”