French riots over proposed fuel taxes and higher living costs have killed three people as protests continue after two weeks, according to police.

Thousands traveled to Paris to rally in the nation’s capital city. The protesters clashed with police dressed in riot gear and operating fire engines to spray back crowds of yellow vests. Police arrested hundreds of rioters.

At least 110 people were injured in protests Saturday, including 20 police officers. One person was killed during the riots over the weekend.

French Justice Minister Nicole Belloubet promised to use the full force of the law against violent protesters and to discourage illegal actions, the BBC reports.

“It’s difficult to reach the end of the month. People work and pay a lot of taxes and we are fed up,” Rabah Mendez, a yellow vest in Paris from the French suburbs, told The Associated Press. 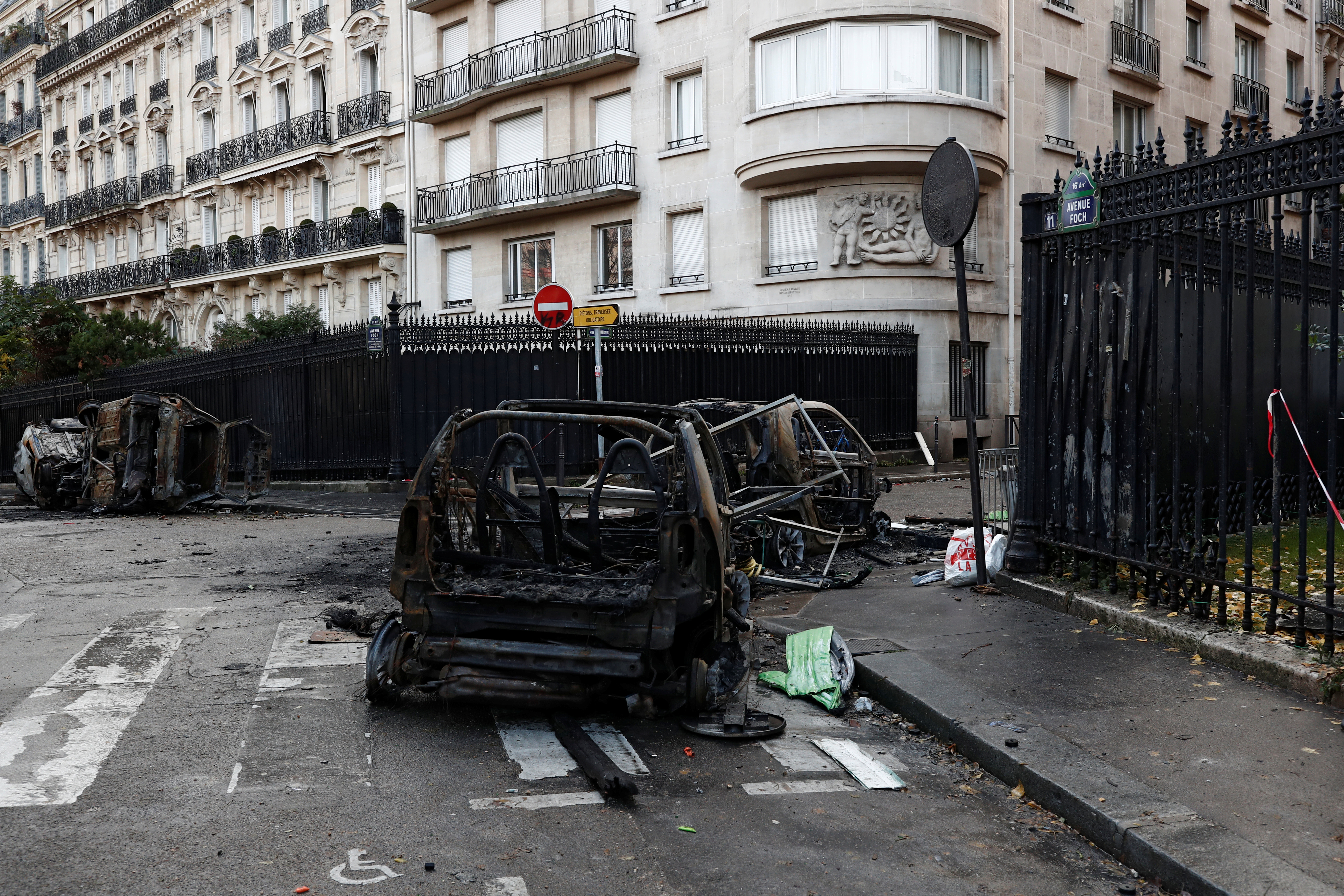 Vandalized cars are seen on a street the morning after clashes with protesters wearing yellow vests, a symbol of a French drivers’ protest against higher diesel taxes, in Paris, France, December 2, 2018. REUTERS/Benoit Tessier

The yellow vests are a mix of right- and left-wing protesters. The vast majority are working class people fed up with high taxes and stagnant wages that are making each paycheck worth less. Many are running out of money with more than a week left to go until the next payday.

French President Emmanuel Macron returned to his country roiled by protests Sunday after a trip to Argentina. Prime Minister Edouard Philippe had planned to attend the United Nations’ climate summit in Poland this week, but canceled the trip to focus on the domestic unrest.

In the face of the protests, Macron has not backed off a proposal to raise gas taxes even higher to combat global warming. The government’s lack of action to answer the protesters’ demands has riled yellow vests even more.

“Their response has poisoned the situation even more,” a French protester told The New York Times.

“The citizens have asked for lower taxes, and they’re saying, ‘Ecology,'” the protester said, referencing a speech during which Macron outlined plans to transition France from fossil fuel to renewable energy.