President Donald Trump claimed once again that he would close the entire U.S. southern border in response to an advancing caravan of Central Americans, in a Monday morning tweet.

“We would save Billions of Dollars if the Democrats would give us the votes to build the Wall,” Trump tweeted. “Either way, people will NOT be allowed into our Country illegally! We will close the entire Southern Border if necessary. Also, STOP THE DRUGS!”

We would save Billions of Dollars if the Democrats would give us the votes to build the Wall. Either way, people will NOT be allowed into our Country illegally! We will close the entire Southern Border if necessary. Also, STOP THE DRUGS!

Trump’s tweet comes during an impending fight with Congress over a spending bill, in which he is demanding 5 billion dollars in funding for his proposed wall along the U.S. southern border. Democratic lawmakers conversely have said they will only provide Trump with 1.6 billion dollars, setting the stage for a possible government shutdown. 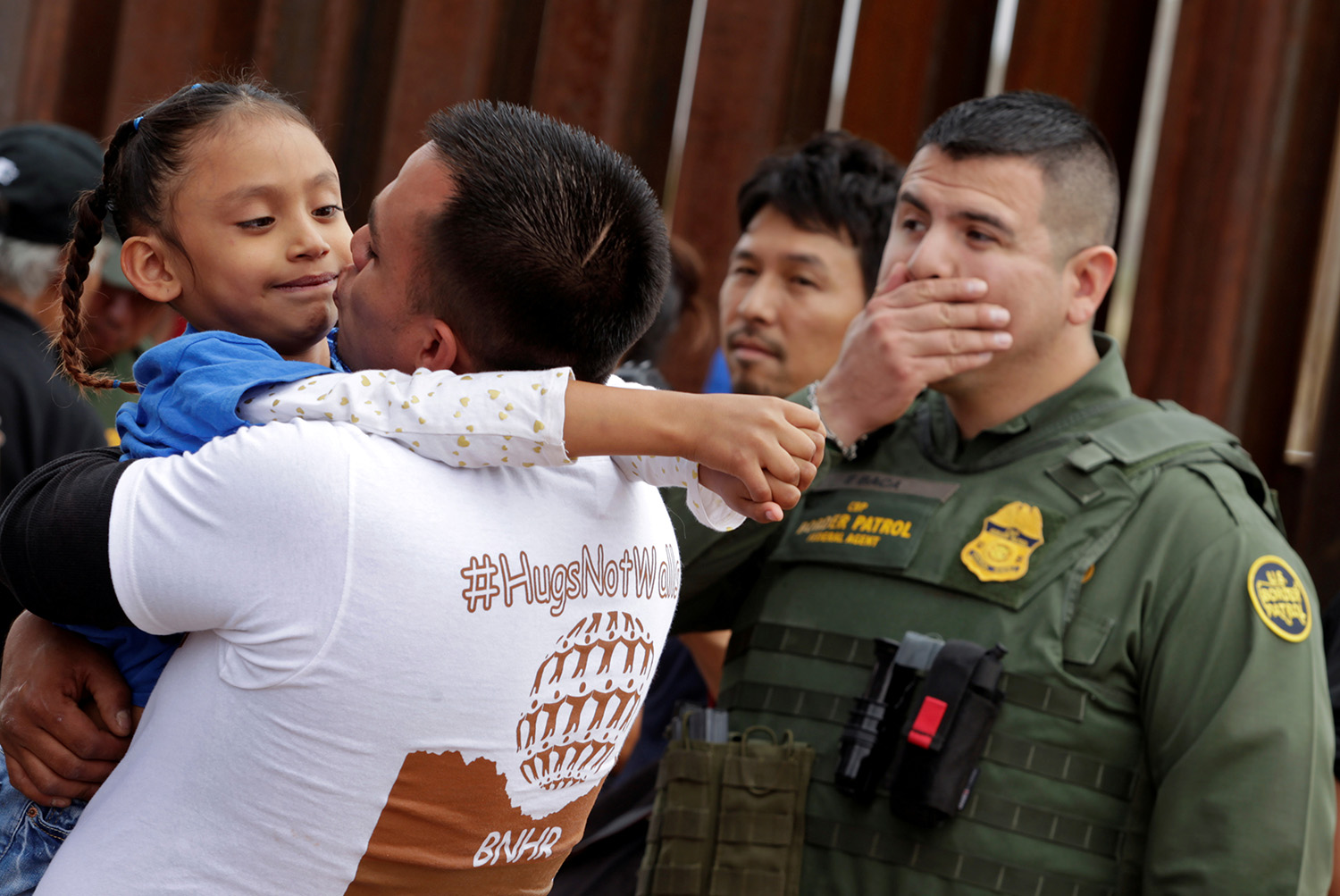 A man embraces a child as an U.S. border patrol federal agent reacts during a brief reunification meeting of relatives separated by deportation and immigration called “Hugs, No Walls”, at the border fence between Mexico and U.S in Ciudad Juarez, Mexico October 13, 2018. REUTERS/Jose Luis Gonzalez

The fight was slated to come to a head this weekend as the deadline for spending approached but Trump said he would allow for a temporary 2 week spending bill in order to let the nation mourn the passage of former President George H.W. Bush.

“If they come — which they have — to talk about an extension because of President Bush’s passing, I would absolutely consider it and probably give it,” he told reporters Sunday.

Members of the migrant caravan push forward at a gate separating Guatemala from Mexico on October 19, 2018 in Ciudad Tecun Uman, Guatemala. The caravan of thousands of immigrants, most from Honduras, pushed open the gate on the Guatemalan side and crossed the bridge to Mexico but were then pushed back by Mexican riot police. (Photo by John Moore/Getty Images)

“We need border security in this country, and if that means a shutdown I would totally be willing to shut it down,” he continued. “And I think it’s a really bad issue for the Democrats.”

The president elaborated that he believes any potential government shutdown over border wall funding would be politically beneficial to him saying, “I will tell you politically speaking, that issue is a total winner. People look at the border, they look at the rush to the police, they look at the rock throwers and really hurting three people, three very brave Border Patrol folks — I think that it’s a tremendous issue.”