Kareem Hunt has been accused of a third act of violence in what has to be one of the quickest developing stories in the NFL this season.

The former Chiefs running back, who was drafted with star QB Patrick Mahomes in 2017, has previously been accused of assaulting his on-again, off-again girlfriend earlier this year at a hotel in Cleveland. And on Monday, the now-free agent was accused of punching an unidentified man in the face at a resort in Ohio this summer.

And on Tuesday morning, details about a third victim surfaced, accusing Hunt of assaulting a man at a nightclub in January. (RELATED: REPORT: Kansas City Chiefs Release Kareem Hunt After Disturbing Video Surfaces Of Alleged Assault) 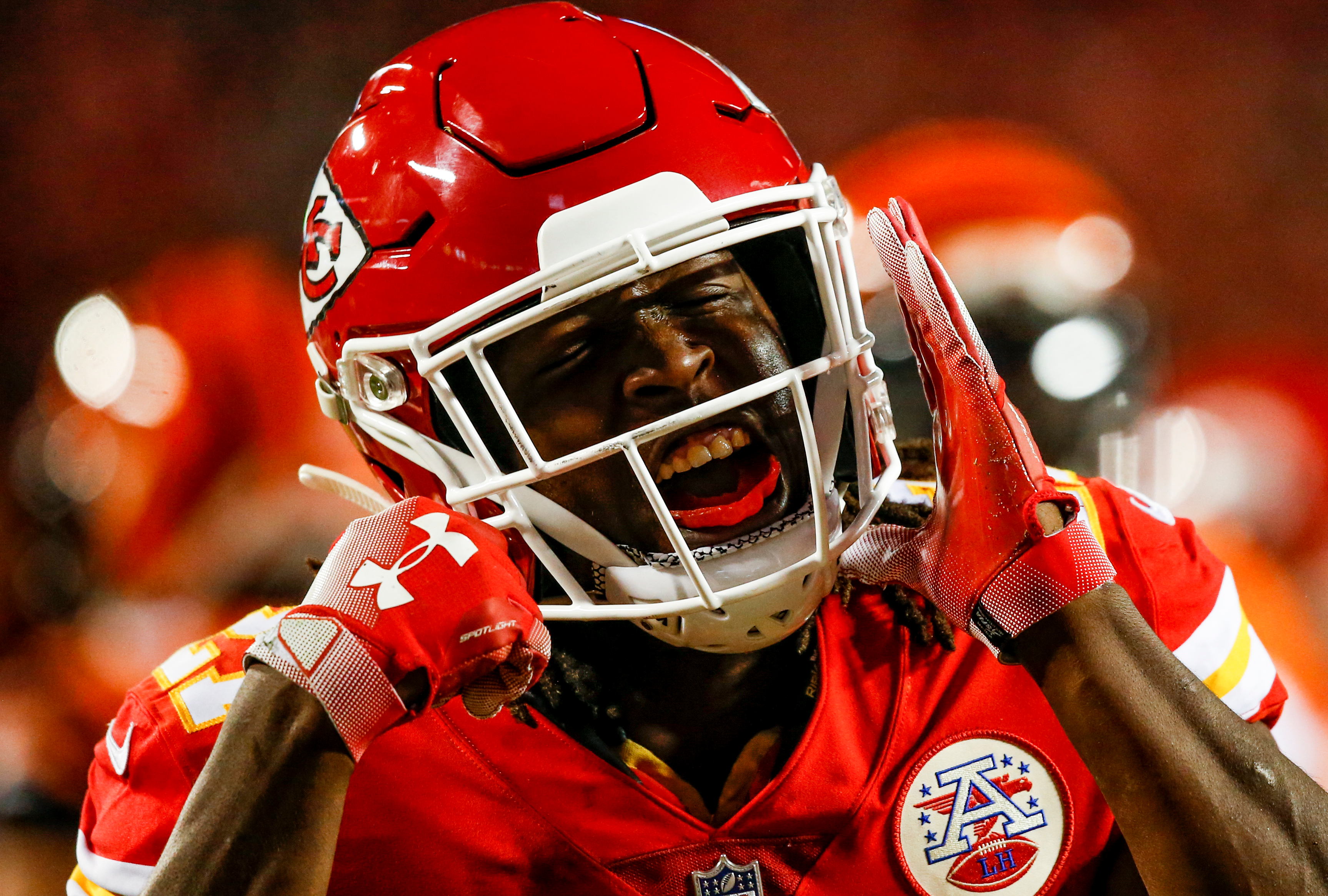 KANSAS CITY, MO – OCTOBER 21: Kareem Hunt #27 of the Kansas City Chiefs reacts after a run during the first quarter of the game against the Cincinnati Bengals at Arrowhead Stadium on October 21, 2018 in Kansas City, Kansas. (Photo by David Eulitt/Getty Images)

According to the police report, filed 4 days later on Jan. 11, the man says he saw his friend getting shoved by three men … one of whom was George Atkinson, a running back for the Chiefs at the time.

The man claims he was struck in his body and head multiple times and believes he was knocked unconscious. He told police he was treated at the North Kansas City Hospital emergency room for a broken rib, broken nose and multiple bruises and contusions.

Though Hunt was never arrested following the incident, a police report, obtained by TMZ Sports, indicates the incident likely did take place at the Mosaic nightclub in Baltimore around 2 a.m. on January 7, 2018.

Police say the victim had visible markings on his face to indicate he’d been in a recent scrap.

Unclear whether the NFL is opening an investigation into this case. Hunt is currently under investigation for the other two alleged assaults.