A feminist Lutheran Pastor is currently collecting purity rings to melt down and mold into a giant golden vagina sculpture, a venture she hopes will advance her quest to “take-down” Church attitudes about sex.

Pastor Nadia Bolz-Weber is the founder of House for All Sinners and Saints, a Denver, Colorado church that bills itself as “Christo-centric, social justice-oriented, queer-inclusive, incarnational, contemplative, irreverent” and rooted in “theological imagination.”

She first announced her controversial project at the 2018 Makers Conference but has now called upon people via Twitter to send her their purity rings to contribute to her “massive art project,” as reported by The Christian Post.

The purity ring is a symbol held by many Christians as a sign of commitment to abstain from sex until marriage; it was especially popular during the Evangelical Purity Movement of the 1990s and 2000s.  However, Bolz-Weber argues that the Christian concept of “purity” is not a positive one.

“The difference between purity and holiness is that purity is always about separation ― separating ourselves from people who are less religious, separating ourselves from our sexual natures, from our desires. But holiness is always about connection ― to God, to ourselves, to our nature,” she explained late last month in an interview with The Huffington Post, which called the rings “symbols of a patriarchal theology that has harmed countless women.” 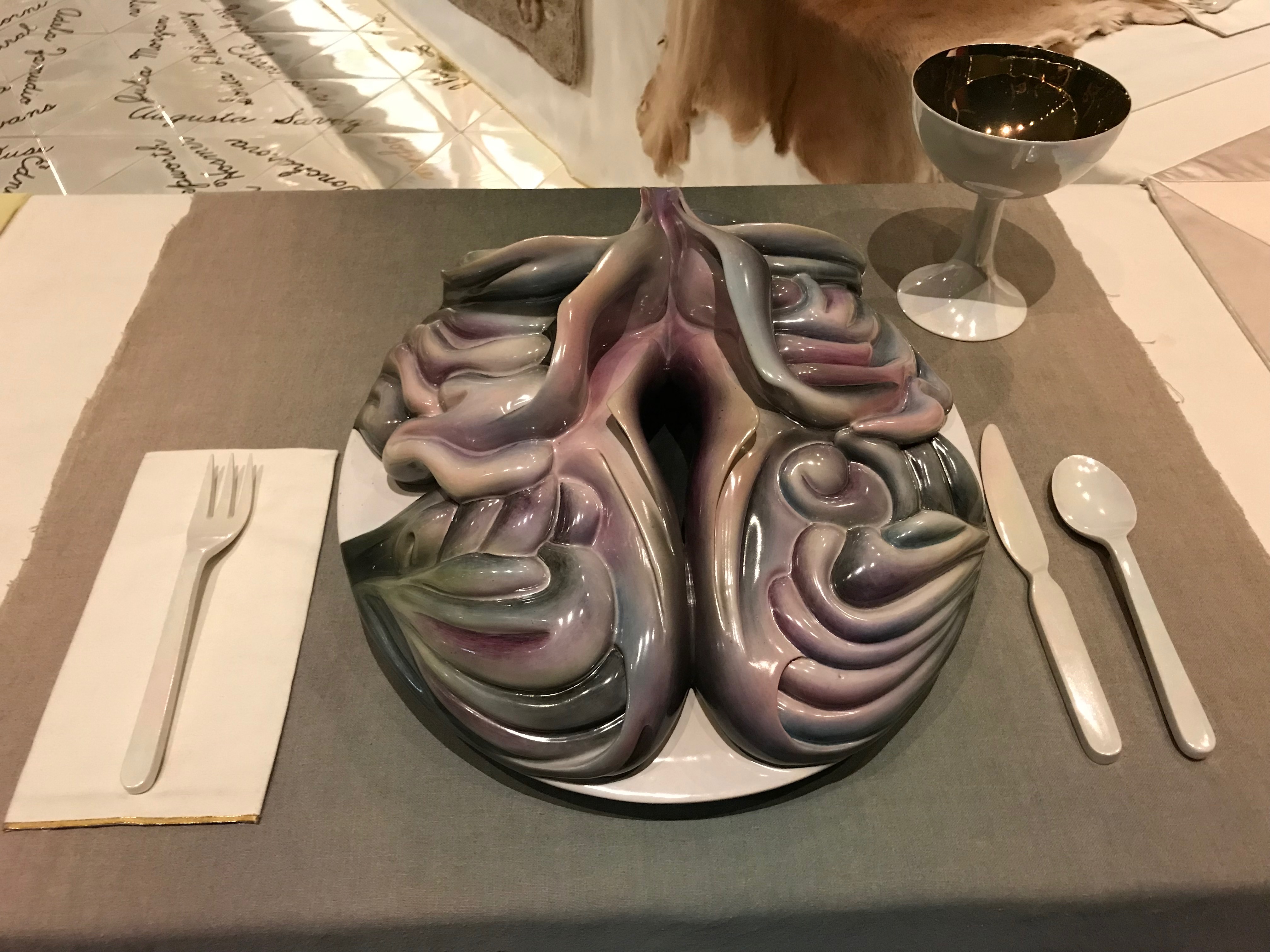 A place setting at The Dinner Party Exhibit at the Elizabeth A. Sackler Center for Feminist Art at the Brooklyn Museum in New York City. (DCNF/Ethan Barton)

Because of this, the pastor believes that these rings would better serve the Christian community if melted down and recast into a giant, golden, vulvic promotion for her new book Shameless: A Sexual Reformation, a work promoted on her website as a “full-blown overhaul” of Christian’s “harmful and antiquated ideas about sex, gender, and our bodies.”

Those who choose to mail in their purity rings will receive their very own “certificate of impurity” from the pastor, as well as a replacement “SHAMELESS impurity ring.”

“This thing about women that the church has tried to hide and control and that is a canvas on which other people can write their own righteousness ― it’s actually ours,” Bolz-Weber said  “This part of me is mine and I get to determine what is good for it and if it’s beautiful and how I use it in the world,” Bolz-Weber” added

Bolz-Weber’s book currently available for pre-order and is set to be released Jan 29, 2019— just in time for the grand reveal of her grand masterpiece the following week at the 2019 Makers Conference.