Migrants have reportedly broken though the U.S. border at Tijuana, Mexico and some may have escaped. Reuters reports that about 25 migrants climbed a 10-foot metal fence as darkness descended Monday night.

U.S. Border Patrol guards caught most of them, according to Reuters, but others may have escaped detention. Witnesses say the would-be refugees used blankets and ropes to climb over the wall, where thousands of them remain, despite Tijuana’s apparent resolve to move the migrants further south amid reports of infectious diseases at the border shelter. (RELATED: Tijuana Kicks Out Migrants From Border Shelter) 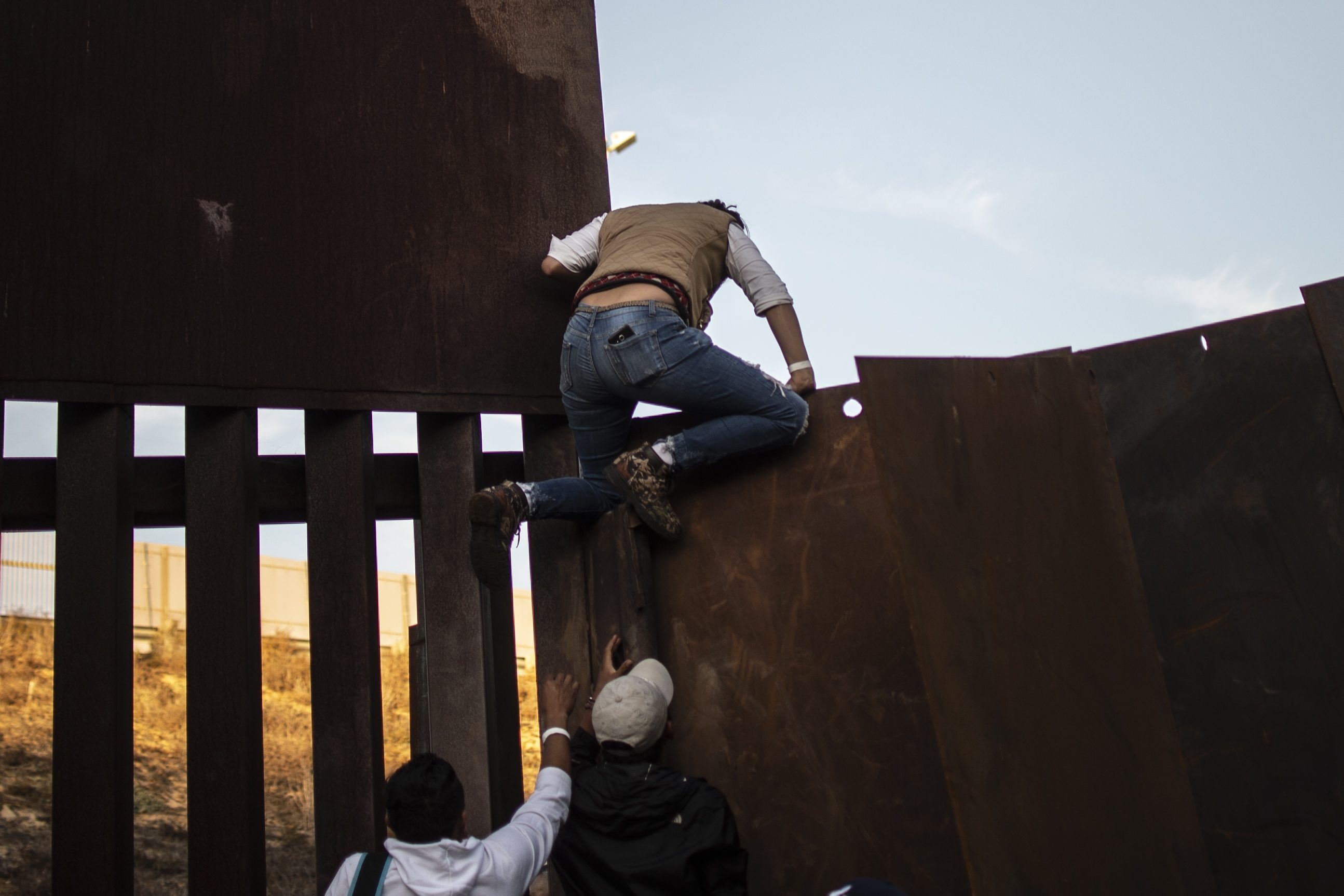 Central American migrants who have been travelling in a caravan hoping to get to the United States, climb the metal barrier separating Mexico and the US, in Playas de Tijuana, Mexico on Dec. 2, 2018. (Photo credit PEDRO PARDO/AFP/Getty Images)

One witness told Reuters that she and her three children were just watching other migrants scale the fence and “waiting to see what happens.” However, according to the news outlet, she and her family were over the border within two hours.

The border incursion occurred as chaos continues to define the status of the caravan migrants and as President Donald Trump promotes his border wall with renewed fervor. He has vowed to proceed with the development of the wall, despite threats of a government shutdown by his opponents in Congress. Trump is also challenging a federal judge’s ruling that the federal government must assess the refugee status of migrants who illegally enter the U.S. (RELATED: Tijuana Mayor Denounces ‘Horde’ Of Caravan Migrants, Calls For Swift Deportation)

Reports have warned that certain migrants among the caravan are criminals and carrying infectious diseases. About 500 in the group already tried to storm the U.S. border, but were repulsed with tear gas. (RELATED: Angry Tijuana Residents Push Back Against Migrant Caravan: ‘This Is An Invasion’)

Many Tijuana residents exhibited their irritation when the migrants first arrived in their city with loud protests.