Former President George H.W. Bush was remembered on Wednesday with a funeral service held at the National Cathedral — but while only a select few were able to attend that service, many Americans paid their respects from home with a fashion trend borrowed from 41 himself.

For years, Bush had made statements with his socks, whether they simply added a bit of color in a world of black, gray and navy blue or they spoke to some deeper meaning.

Special visit today with a great friend — and now, a best-selling author. Luckily I had a freshly laundered pair of @BillClinton socks to mark the occasion. pic.twitter.com/v9jb4sRexh

Yesterday I was inspired by my friend John Cronin to wear these beauties from @JohnsCrazySocks marking World Down Syndrome Day. A great sock supporting a wonderful cause. #johnscrazysocks #worlddownsyndromeday #happiness #downsyndrome pic.twitter.com/3ulu8ORsta

Encouraging my fellow Texans to do your civic duty by early voting today. Election Day is next Tuesday the 6th. While I am at it, this very proud grandfather will also put in a plug for @georgepbush for Texas Land Commissioner. A good man doing a great job. pic.twitter.com/qqTao47iaO

Bush even chose special socks, covered with books, to honor his late wife Barbara when she passed away. It was a nod to her tireless work with children’s literacy programs. 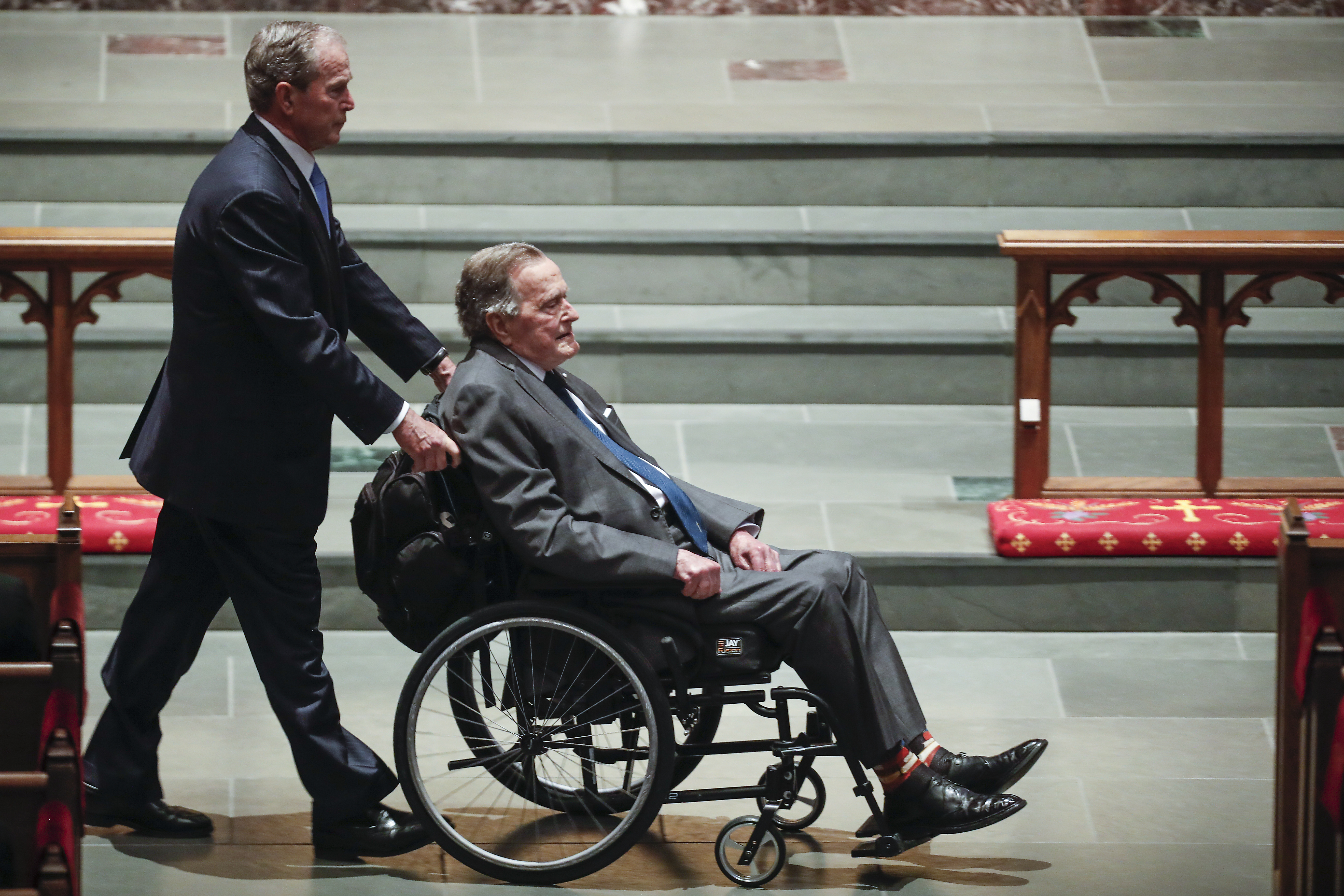 The hashtag #socksforBush soon appeared, along with dozens of photos of Americans breaking out their wildest footwear to honor his memory. (RELATED: 95-Year-Old Bob Dole Stands From Wheelchair And Salutes Fellow WWII Vet George H.W. Bush)

Here are some of the best.

Truth be told, my son wears crazy socks just about every day. But today, he’s paying homage to the era when #GeorgeHWBush was our VP. #SocksForBush #BackToTheFuture pic.twitter.com/C2JlmGvy80

I know my socks game needs some work but still…..#SocksForBush #Bush41 pic.twitter.com/jJfNxC7jOC

I have my Army Men Socks on for the President ‘s Day Of Honor!#SocksForBush pic.twitter.com/NqM6vbCjjY

No politics today. Celebrating the life of a great American who dedicated his life to service to our country. #socksforbush @AthleticBos pic.twitter.com/QkPp0McXvH

I hope…in the end…no matter what side of the aisle we are on… that we are all remembered for the good we did in the world, for the smiles we brought to peoples faces, and for how we loved. Thank you for your service 41! ???????????????? #socksforbush #remembering41 #socksfor41 #GeorgeHWBush

On this #NationalDayOfMourning I felt it was appropriate to wear Star #SocksForBush to honor President George H. W. Bush. Godspeed Mr. President #NDSen

And if you found yourself without a pair of crazy socks today, fear not: John Cronin of John’s Crazy Socks, who sent Bush his superhero socks for World Down Syndrome Day, has designed a special tribute pair in honor of the former president who became his friend after they bonded over — you guessed it — socks.