A recently filed petition in federal court will be the first to challenge parts of the VA Accountability and Whistleblower Protection Act of 2017, according to the attorney who filed it.

Natalie Khawam heads the Whistleblower Law Firm and she shared exclusively with The Daily Caller a petition she filed on behalf of her client, Dr. Jeffrey Sayers.

Dr. Sayers was terminated in November 2017 and that termination was upheld by the Merit Systems Protection Board, but now, Khawam has taken the case to the U.S. Federal Appeals Court in Washington, D.C.

He had been with VAGLAHCS for 37 years and chief of pharmacy services since 2003.

In part, Khawam said she will argue that part of the law is unconstitutional. 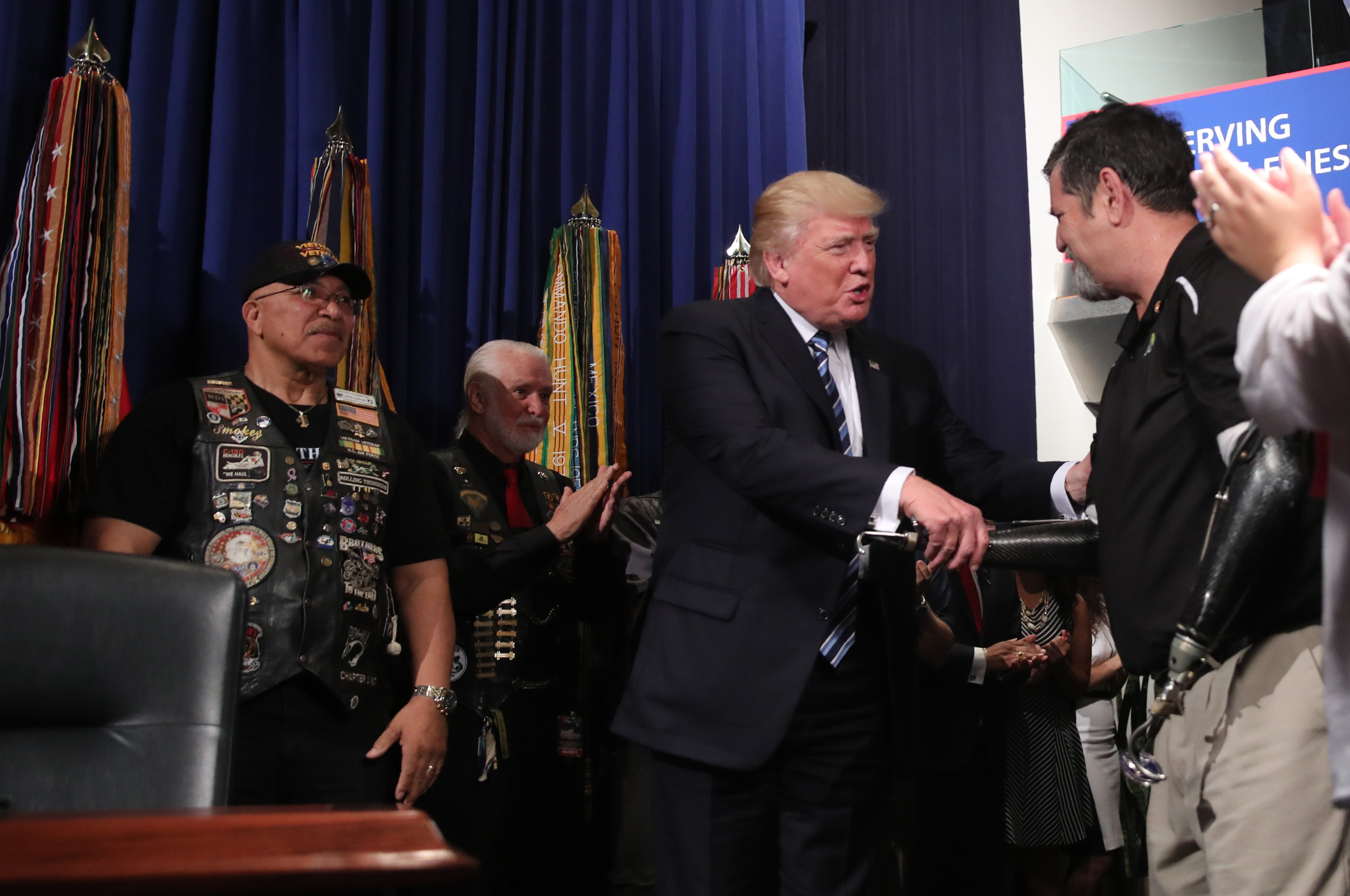 “38 U.S.C. § 714 (the 2017 law) does not afford Due Process because the Agency lacks statutory authority to provide the employee with a meaningful opportunity to respond to a proposed adverse action,” Khawam said in the filing.

The law, signed by President Donald Trump in June 2017, states that with any proposed action the targeted employee has seven business days to respond, without exception.

In Sayers’ case, he was accused of 13 different violations. Khawam said seven business days was not enough time to respond, even if many of the charges are frivolous.

Interestingly, the VA gave Dr. Sayers an extension, which was not allowed, but Khawam said she was still challenging this portion of the law.

She said prior to the 2017 law, VA employees, like all federal employees, were governed by Title 5.

“Title 5 is the portion of U.S. law that contains general laws for government agencies and their employees. The new Act creates specific removal procedures for the VA, but the vast majority of government agencies use only the general removal procedures found in Title 5,” Khawam said. “Under the Title 5 procedures, employees removed for performance would first receive an improvement plan and be provided a sufficient opportunity to improve, including continued training, mentoring, coaching, etc.” 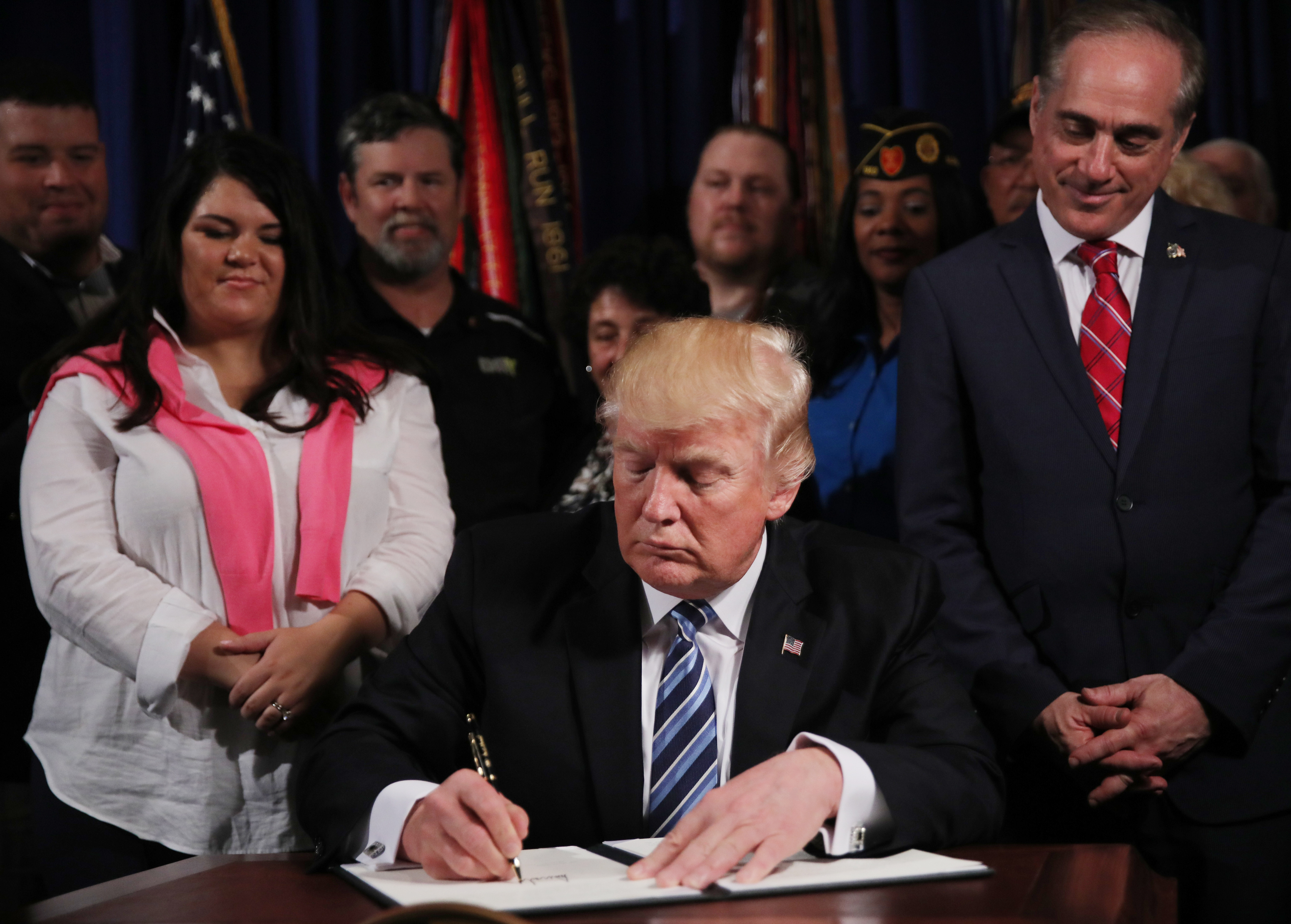 The 2017 law changed all that, Khawam said. “Across the country, regardless of whether the underlying conduct merits disciplinary action, officials have abused the 2017 Act as a license to make lazy decisions when ending an employee’s career.”

Curt Cashour is spokesperson for the VA and he disagrees. “There is widespread, bipartisan agreement that it has been too difficult to remove or suspend VA employees who don’t live up to VA standards. As GAO notes, ‘The time and resource commitment needed to remove a poor performing permanent employee can be substantial. It can take six months to a year (and sometimes longer) to dismiss an employee.'”

Cashour continued, “It was the 2014 Veterans Access, Choice and Accountability Act – not the VA Accountability and Whistleblower Protection Act – that was presented as a way to hold senior VA leaders/managers accountable. It included new authority for VA to seek removal or transfer of Senior Executives based on poor performance or misconduct. The law’s new authority only applied to senior executives, not rank-and-file employees.”

“The VA Accountability and Whistleblower Protection Act includes new disciplinary authorities that apply to all employees, not just managers,” he said.

Khawam argues that the VA is abusing its disciplinary authority, while the MSPB fails to review those decisions.

“One of the keys to successfully making a whistleblower reprisal case is to show that an agency would not normally have taken action but for the fact that the employee is a whistleblower. This creates a case within a case, as the Merit Systems Protection Board (MSPB) has to decide whether the agency would take a similar action against a non-whistleblower employee.”

“At this stage, the whistleblower can rely on things like the table of penalties to show that the agency has taken action that is objectively excessive relative to their own procedures. They can also show how other employees who have engaged in similar behaviors did not receive disciplinary action or received lesser action. Now that the new law has thrown out the table of penalties, directors have taken arbitrary and excessive action against employees for a wide variety of reasons, and therefore this standard has become exceedingly difficult to meet.”

The MSPB is a quasi-judicial body that reviews personnel decisions of federal employees to ensure they conformed with federal statutes and the constitution.

After Sayers’ termination, Khawam first appealed to the MSPB, which upheld the decision before moving his case the U.S. Court of Appeals.

Khawam said that in Sayers’ case, the most significant charges were not proven but that the VA took action as though they were, and this happened because the VA and MSPB are misinterpreting the law.

“(The law) strips the Board of their ability to mitigate a decision of the Secretary that the Board finds is supported by substantial evidence,” Khawam said in the petition.

The law also created the Office of Accountability and Whistleblower Protection (OAWP), a new office inside the VA which is supposed to investigate whistleblower reprisal and bad managers.

“Finally, VA does not tolerate retaliation, and any employee who feels they are being retaliated against should contact the Office of Accountability and Whistleblower Protection,” Cashour said.

Khawam said the verdict is still out on this new office: “It is still too early to know whether the OAWP has been effective in both defending and protecting whistleblowers.”

Editor’s note: A previous version of the story said that the Act was signed in April 2017. It was actually signed in June 2017.