Former Attorney General Jeff Sessions hinted he does not plan on running for political office again Wednesday amid rumors he might challenge Democratic Alabama Sen. Doug Jones for his old Senate seat in 2020.

Sessions, who President Donald Trump fired Nov. 7, did not indicate any plans to run for his old Senate seat, now occupied by Jones, in an interview with Politico. Sessions said instead, he could spend time in “the woods” with his 10 grandchildren.

“No. I mean, no,” Sessions said when asked if he missed the Senate. “I could go back and spend time in the woods. I’ve got 10 grandchildren, oldest is 11.” 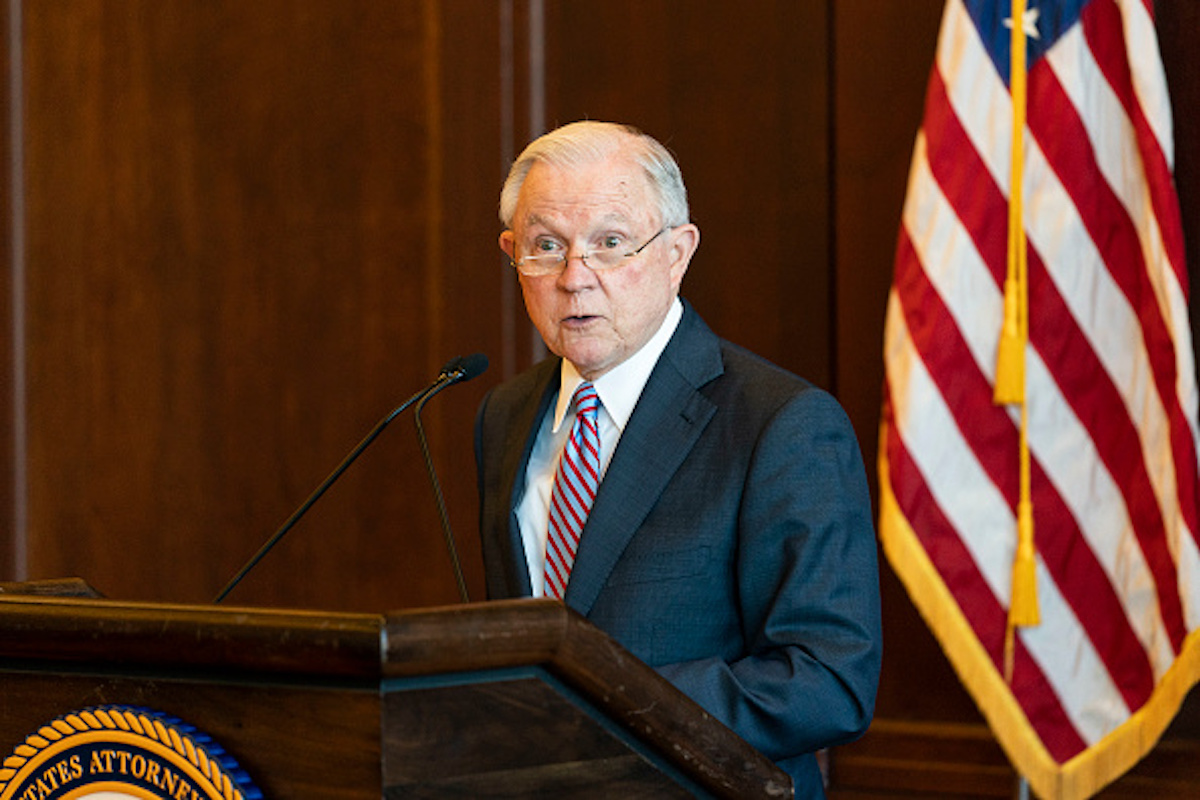 Sessions, who was back in Washington, D.C., for the funeral of former President George H. W. Bush., also talked about releasing a statement in the future about his thoughts on the way his job ended at the Department of Justice. (RELATED: In Interview Just After Being Fired, Sessions Called Duration Of Mueller Probe ‘Unhealthy’)

“I’ve been clearing my brain. I think that’s a fair statement,” Sessions said. “I’ll go to Alabama, do some things and then that will clarify things a little more before I worry about making a statement.”