“[W]e can use the transition to 100 percent renewable energy as the vehicle to truly deliver and establish economic, social and racial justice in the United States of America,” Ocasio-Cortez said at a Tuesday panel discussion alongside Vermont Sen. Bernie Sanders and environmental activist Bill McKibben.

Pelosi wants to bring global warming to the forefront when Democrats take control of the House in 2018, but Ocasio-Cortez, Sanders and a handful of other Democrats want to go even further.

While light on details, proponents said the “Green New Deal” could create millions of jobs in renewable energy and address many “social justice” issues typically on Democrats’ radar.

“This is going to be the Great Society, the moonshot, the civil rights movement of our generation,” Ocasio-Cortez said. “This is the mechanism through which we can really deliver justice to communities that have been underserved. The water in Flint is still dirty.”

“We have injustices in this country. Those injustices are concentrated in frontline communities and indigenous, black and brown communities,” she said. “They’re the ones that experience the greatest depths of this injustice.” 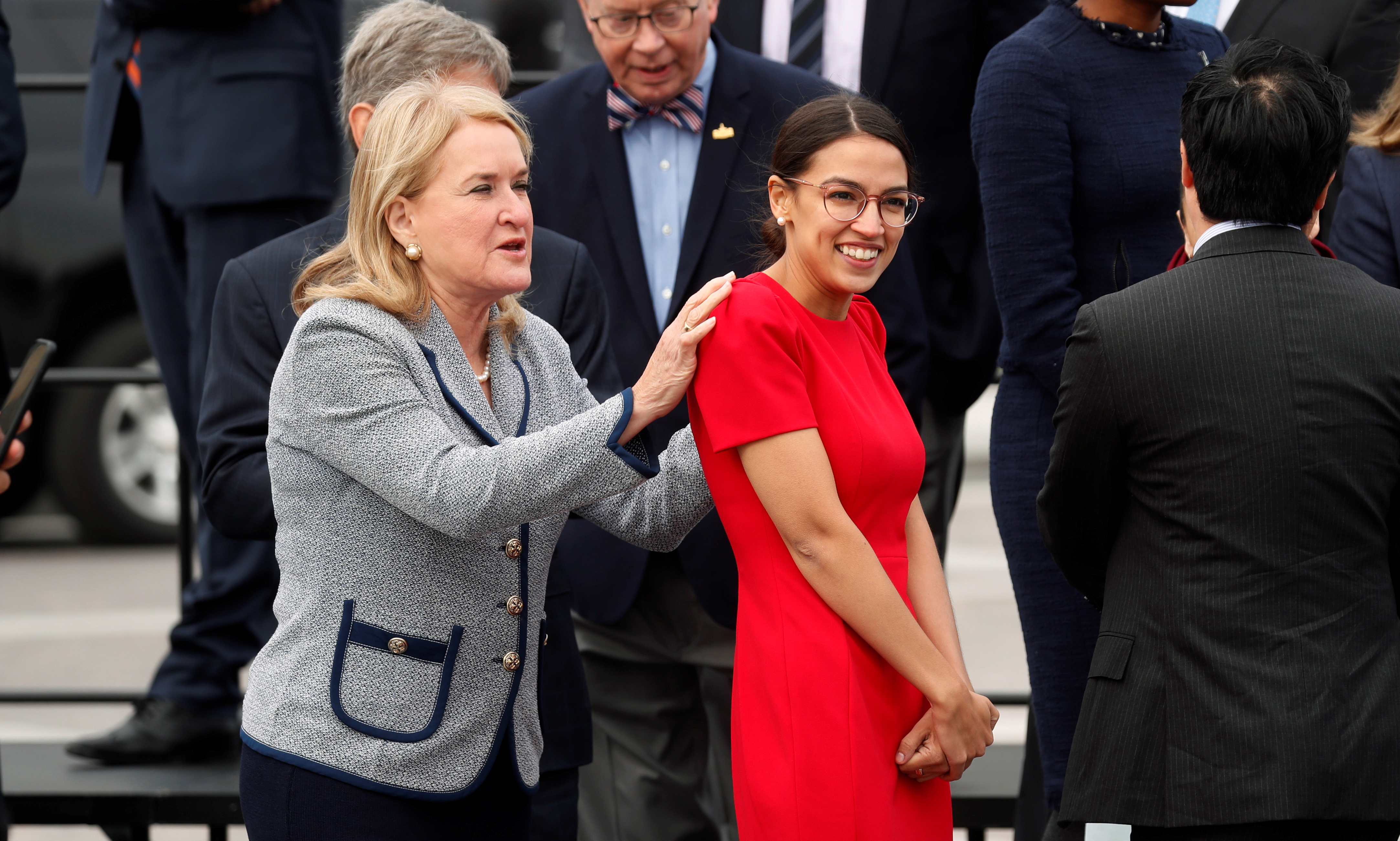 What’s unclear is if the “Green New Deal” can move beyond the far-left of the Democratic Party and into the mainstream. Several top House Democrats already rejected a key part of the plan — creating a special House committee to draft climate legislation.

Democratic New Jersey Rep. Frank Pallone, who is set to chair the Committee on Energy and Commerce next year, plans on holding hearings on global warming after taking the gavel. Pallone doesn’t support creating a special climate committee.

“We want to move very aggressively, we’ve got people in charge of these committees who are very progressive, and I just don’t see the need for the select committee,” Pallone told reporters in November.

“In part, I think it may actually delay what the progressives are trying to achieve,” Pallone said.