France is pushing the European Union to adopt a new tax on big tech companies, but, if unsuccessful, is willing to implement the tax itself, the Financial Times reports.

“We will do it at a national level in 2019, we will tax the digital giants if European states do not take responsibility,” French finance minister Bruno Le Maire said according to the Financial Times.

French President Emmanuel Macron wants the tax to be in place by May 2019 before European elections begin. Macron is under intense pressure in France to strong-arm corporations to placate an angry middle-class that had protested against the French government for over two weeks over a proposed gas tax hike. Macron scrapped the tax hike Wednesday. (RELATED: France Is Scrapping Global Warming Taxes That The UN Thinks Should Be Doubled)

A tax on tech would also fulfill one Macron’s policy objectives and provide more revenue to the French treasury.

“If you want to get money … I’ll tell you where there is money. It is in the digital giants that make considerable profits thanks to French consumers, thanks to the French market,” Le Maire said. 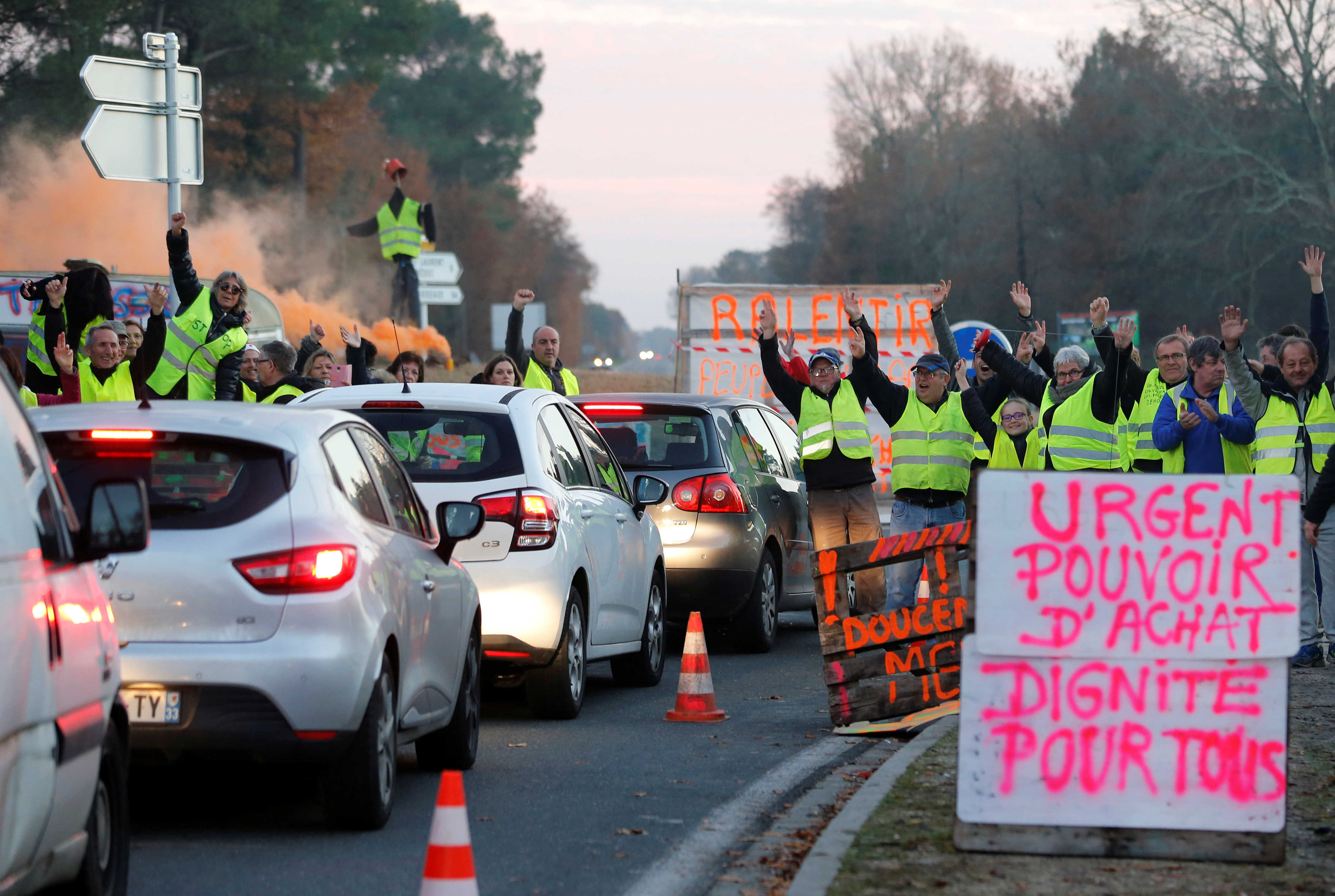 The “yellow vest” protest, named after the yellow traffic vests protesters wear, has gained widespread support throughout France that has troubled French officials. Protests are common occurrences in the country, but a protest on par with the yellow vest movement has not occurred in France for decades.

Rioters in Paris set buildings on fire, tipped over cars and damaged artwork. Protesters have fought police dressed in riot gear, resulting in hundreds of injured. Most of the French populace, though they support the protest against tax hikes, disapprove of the violence that has largely taken place in the capital city.