“We don’t want the story to be about us.”

— Yeah, wink! wink! Look, no one wants a bomb in his workplace. CNN’s senior media correspondent Brian Stelter, who showed up to the “bomb scare” late last night during Don Lemon‘s show. Stelter attempted to hog the spotlight. Thankfully Don, in his magical fur-hooded jacket outside the Time Warner Center, wasn’t having it. Police evacuated CNN HQ in Manhattan Thursday night after someone from the South phoned in and said there were five devices in the building. Police searched the building and thankfully found nothing. Last night, just before all this shit went down, President Trump went on Twitter and called “fake news” — a name he has consistently called CNN —  the “Enemy of the People.”

“Radical activists like Alexandria Ocasio-Cortez are about to be running D.C. Our undercover journalists must be there to greet them and hold Washington accountable — cameras ready.” — Project Veritas honcho James O’Keefe in a mass email. (RELATED: See Ocasio-Cortez’s gaffes)

“Heading into 2020, there will be a string of senior appointees who parted ways with Trump on bad terms or think poorly of him – Sessions, Tillerson, McMaster, Kelly – who could discuss their Trump experiences in interviews.” — Maggie Haberman, White House correspondent, NYT.

Avenatti fancies himself a journalism prof 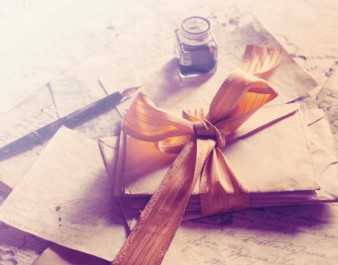 Subject line: “What is wrong with you?”

“Your post today regarding Chelsea Clinton was disgraceful. You should be ashamed. Get help!” — Jerald Wilson, Los Angeles, CA

“Classless trashy article. Not surprising. Have some respect for the dead and stand down.” — Alex Exantus.

This is the story that upset these readers.

‘Sexy Rexy’ really is a thing

It’s one of those days where you think ‘I wonder if there are people who call rex Tillerson Sexy Rexy?’ And then you do a search on twitter and see that, yes, a lot of people do in fact call him that. — Ben Dreyfuss, editorial director, Mother Jones.

Is White House COS John Kelly leaving or isn’t he?

VINCE COGLIANESE, The Daily Caller, WAML, 8:11 a.m.: “Knowledgable source tells me COS John Kelly has no intention of resigning in coming days, and that he merely took the day off today – which is why he wasn’t spotted in the West Wing this morning.”

KAITLAN COLLINS, CNN, 7:43 a.m.: “John Kelly is expected to resign soon, I’m told. Trump and Kelly are essentially at a stalemate in their relationship and it’s no longer seen as tenable by either party. They have stopped speaking in recent days, I’m told. Of course, it’s all ultimately up to Trump.”

On deleting your tweets…

“Delete your tweets every few months, people. I can’t stress this enough. This platform is not an eternal repository. It’s a time bomb you set for yourself at some undetermined point in the future. Delete. Them. Tweets.” — Rob Burgess.

DINESH D’SOUZA: “Maybe the owners of the @weeklystandard should hire some Vietnamese guys to run the mag. This would fulfill @BillKristol’s own prophecy that when native-born Americans become stupid, lazy, decadent & overpaid they can be replaced by more industrious immigrants.”

BILL KRISTOL: “A friend called my attention to this tweet, and distasteful though it is, I’m glad. It reinforces my determination, for what it’s worth, to try to save conservatism from the alt-right and to advance a conservatism that “gives to bigotry no sanction, to persecution no assistance.”

Vanity Fair: See Melania’s frocks all in one place. Here.

“So sad that our dinner to say good bye to Senators that are leaving is not bipartisan. If we can’t be together to even recognize those who are leaving, what hope is there for this place? Why didn’t it happen? 2 words. Mitch McConnell.” — Sen. Claire McCaskill (D-Missouri), who lost her Senate race.