Boeing decided to cancel an order for a satellite that uses sensitive technology used by the U.S. military and was reportedly being funded by a state-owned Chinese financial firm.

A Wall Street Journal investigation revealed Tuesday the troubling web of financial transactions that skirted around U.S. export laws, which would ban Boeing from selling satellites to China, and resulted in the Chinese government funneling nearly $200 million to the project and obtaining a large stake of the company responsible for the satellite.

Boeing told WSJ Thursday it cancelled the project, which was near completion at a Boeing facility in Los Angeles, citing default for nonpayment. A source familiar with the project said the cancellation was a business decision, and the company may attempt to resell the satellite. (RELATED: US Satellite May Now Be Controlled By China)

Emil Youssefzadeh and Umar Javed, two Americans who founded the startup Global IP in 2008 with the goal of improving internet accessibility in Africa, were Boeing’s original customers of the satellite. A few foreign financial transactions made in an attempt to sidestep U.S. export laws almost potentially resulted in the Chinese government repurposing the satellite’s sensitive technology for its own use.

Youssefzadeh and Javed were contacted in 2015 by executives at China Orient Asset Management Co., a financial firm owned by China’s Ministry of Finance, expressing interest in the satellite.

Javed was in Beijing days later meeting with the president of the company and Geng Zhiyuan, a man whose father was a leader in China’s military in 1979 and employed Xi Jinping as his personal secretary. Xi is now the president of Communist China.

Due to certain U.S. laws involving satellite technology, China Orient isn’t allowed to hold a large stake in the company or satellite, so Global IP planned to receive China Orient’s money through a separate shell company, according to WSJ.

A subsidiary of China Orient, Dong Yin Development, lent $175 million to Bronzelink, the company set up in the British Virgin Islands. Bronzelink then bought 75 percent of Global IP.

Global IP used the investment to pay Boeing to build the satellite.

After relations with China Orient soured, Youssefzadeh and Javed resigned in 2017 from Global IP and sued Dong Yin the following year, alleging the subsidiary was illegally trying to usurp the satellite project.

China’s involvement in the project has worried U.S. officials, who warn that the country often engages in illicit activities in an attempt to gain access to highly sought after technologies.

“It’s a multi-pronged, multi-faceted kind of attack,” Eric Hirschhorn, who served as an undersecretary at the Commerce Department during the Obama administration, told WSJ. “They’ve [China] got their hand in every pocket they can find, their nose in every crack, their eye in every keyhole.” 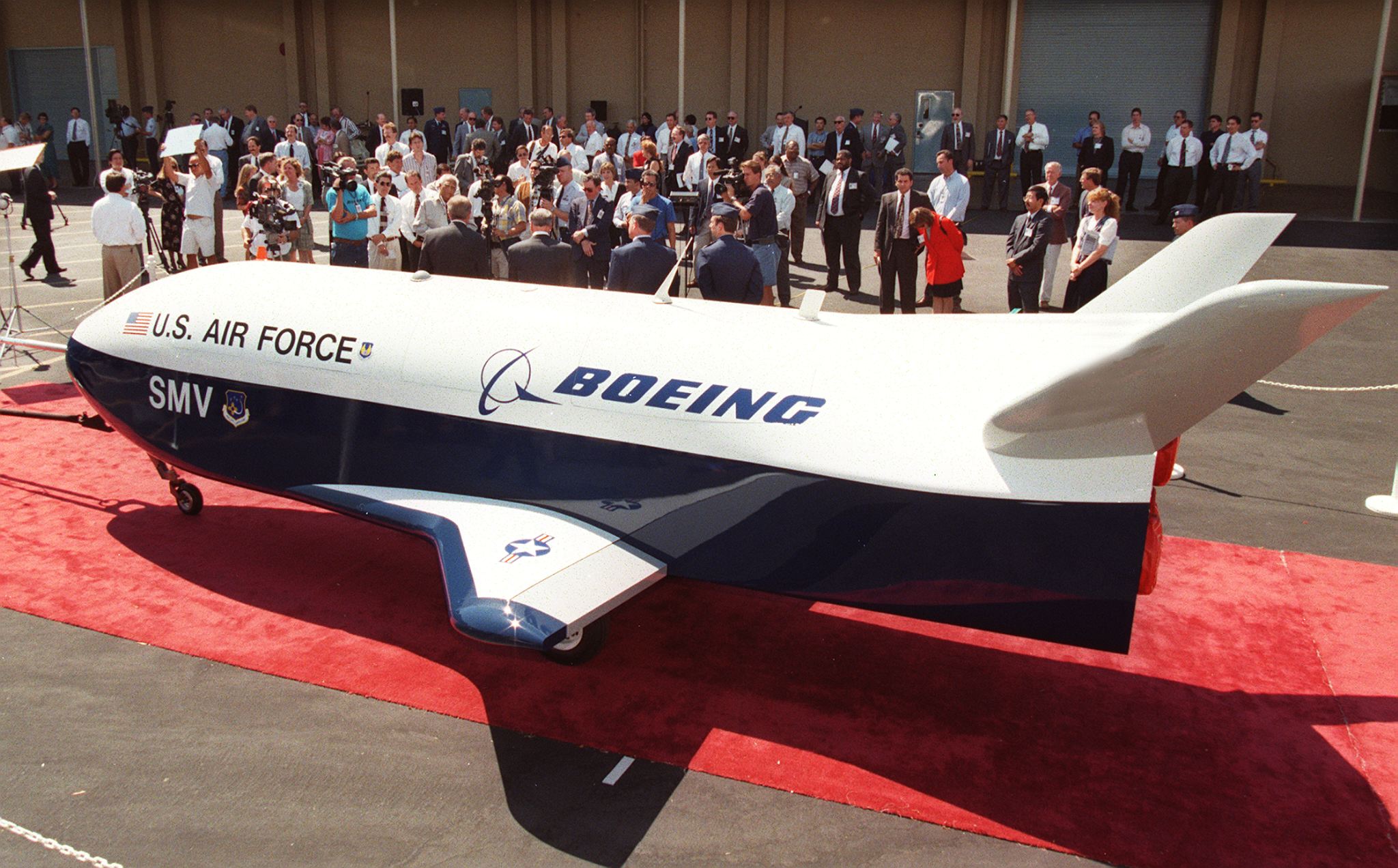 A prototype of a Space Maneuver Vehicle (SMV), built by the U.S. Air Force and Boeing, is rolled out during a ceremony at Boeing’s facility in Seal Beach, California. AFP PHOTO Vince BUCCI

Right before Global IP was to sign its contract with Boeing in August 2016, Youssefzadeh and Javed received unexpected visitors in Los Angeles.

Youssefzadeh and Javed told the crew that they were already given authorization from the board to move forward with production and were confused why this team was sent to obtain more information.

The two Americans refused the multiple requests to look over the contract, which they knew contained hundreds of detailed pages on how Boeing’s technology and programs work. China is blocked from seeing this type of information under export control laws.

Executives at Bronzelink, which owned 75 percent of Global IP at the time of the visit, eventually began to make similar requests, Youssefzadeh and Javed said.

Boeing’s cancellation comes as China was moving to take tighter control of the satellite project, and in doing so obtain access to the sensitive and advanced technology.