Shahid Shafi, the vice-chairman of the Tarrant County Texas Republican Party, told CNN on Friday that he could be ousted because some members of the local party take issue with the fact that he is Muslim.

Despite the fact that prominent Texas Republicans have come out in defense of Shafi, including George P. Bush, Sciutto wondered out loud if Trump’s “language” could be to blame for the attacks on his faith. 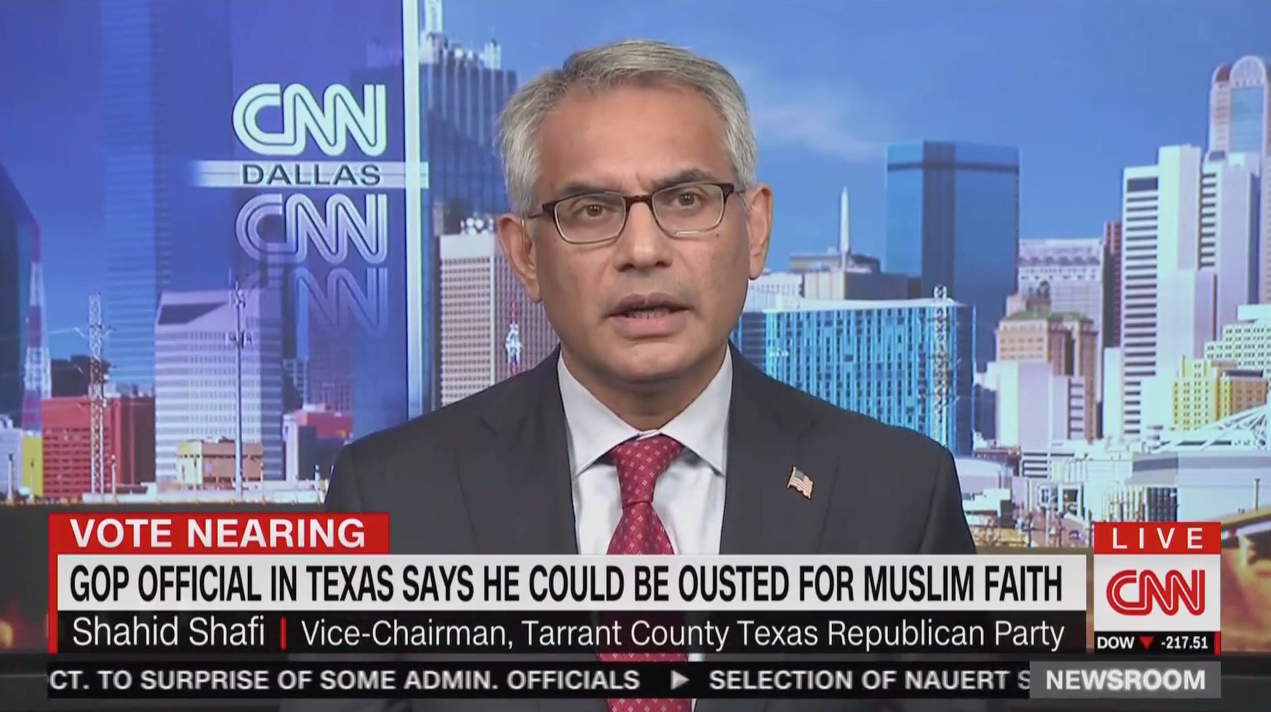 “Do you think the president’s sometimes critical, sometimes bigoted, some have said, language about Muslims, rhetoric about Muslims — do you think that has given license to people like you’ve encountered here, who are expressing this bigotry about your faith?” Sciutto asked.

Shafi refused to take the bait, instead making it clear that he believes his detractors are “fringe” members of the party and adding that the party as a whole has always been accepting of him.

“Look, I believe in freedom of speech. I believe in freedom of expression and I think diversity of opinion within any group is good for the group, is good for the party. But what we cannot do and what we don’t do is discriminate against a specific person based on their religion, caste, creed, color, ethnicity, or country of origin. Our party has very specific rules that prohibit religious discrimination. Our country has specific rules and our Constitution prohibits it. So when this controversy arose because of a small number of people at the fringes of our party … they’re doing a disservice to our party. That’s not what the Republican Party is about. That is not what I’ve encountered.”