White House chief of staff John Kelly has no intention of resigning in the coming days, despite media reports to the contrary, a knowledgeable source tells The Daily Caller.

Kirstjen Nielsen, President Trump’s nominee to be the next Department of Homeland Security secretary, walks with White House Chief of Staff John Kelly as they exit Marine One on the South Lawn of the White House, October 13, 2017 in Washington, D.C. (Photo by Drew Angerer/Getty Images)

Kelly decided to take the day off work as President Donald Trump travels to Kansas City, Missouri, to give a speech on law enforcement, the source told TheDC. The source characterized reports that Kelly will resign in the coming days as “absolutely untrue.”

Kelly’s unwillingness to resign, however, does not mean he will remain in the job for long. A source familiar with the president’s thinking told TheDC that the president wants the chief of staff to depart but is unwilling to fire him, setting the stage for a possibly lengthy stalemate.

If the chief departs the job is likely to be assumed by Vice Presidential chief of staff Nick Ayers, this source elaborated.

The president did not address these reports while departing for a law enforcement speech in Kansas City, Missouri, Thursday. Trump is scheduled to dine with the White House senior staff Friday evening. 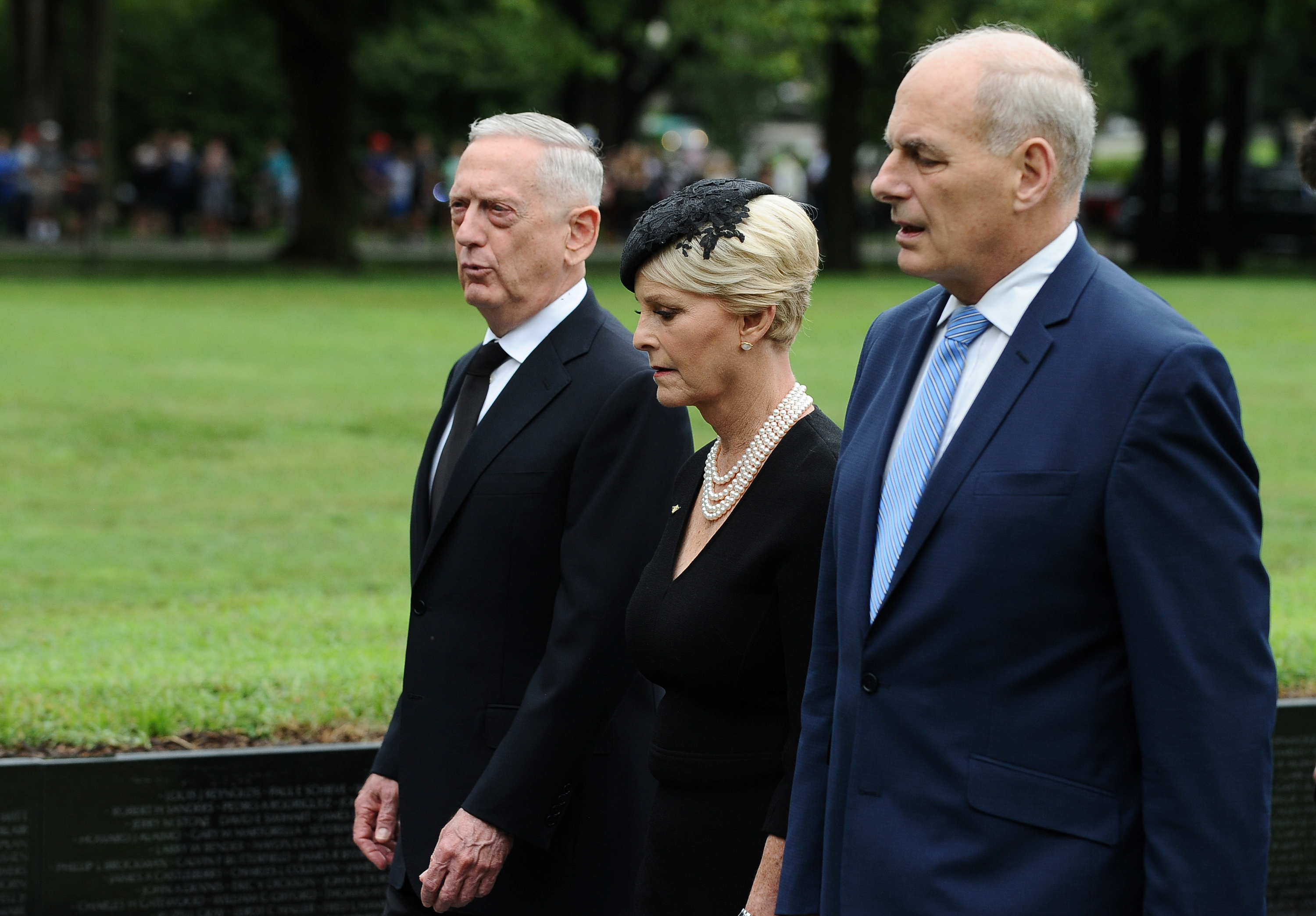 The New York Times used similar but markedly different language, saying, “John F. Kelly, the White House chief of staff, is likely to leave his post in the next few days, ending a tumultuous 16-month tenure still among the longest for a senior aide to Mr. Trump, two people with direct knowledge of the developments said Friday.”

The Times noted that Kelly is expected to attend the scheduled senior staff dinner with the president Friday evening.

Reports of Kelly’s departure have peppered the U.S. media for months, often noting differences of opinion between the White House chief of staff and Trump.

The White House did not to a request for comment.