The story of a nurse who took advantage of a state program encouraging people to carry the opioid overdose reversal drug naloxone and said she found herself denied life insurance coverage has sparked a larger conversation about the side effects of the naloxone push.

Boston’s WBUR told the story of Isela, a nurse who works at an addiction treatment program at Boston Medical Center and wanted to carry naloxone in her daily life in case she encountered someone who needed it. Isela chose to only be identified by her first name as she sorts out her difficulties being accepted by a life insurer.

She was denied by Primerica and one other insurer because they categorized her as an opioid user for using Massachusetts’ standing order prescription for naloxone, the nurse claimed.

“But I’m a nurse. I use it to help people,” Isela said she told her insurance agent according to WBUR. “If there is an overdose, I could save their life.” (RELATED: The World Health Organizations Warns The World Is Running Out Of Treatment Options For This Mutating STD)

The troubles Isela reported highlight a disconnect between many public health experts’ urging as many people as possible to carry naloxone and the complications of obtaining it.

David Tomlinson, founder of harm reduction and outreach organization Goods & Services in Philadelphia, has taken advantage of his state’s standing order for anyone who wants to pick up naloxone at pharmacies. Naloxone is also commonly referred to as Narcan, one of the brand names for the treatment. Generic versions of the drug can be as cheap as $20 per dose, while Narcan runs about $140 for two doses, according to TIME. 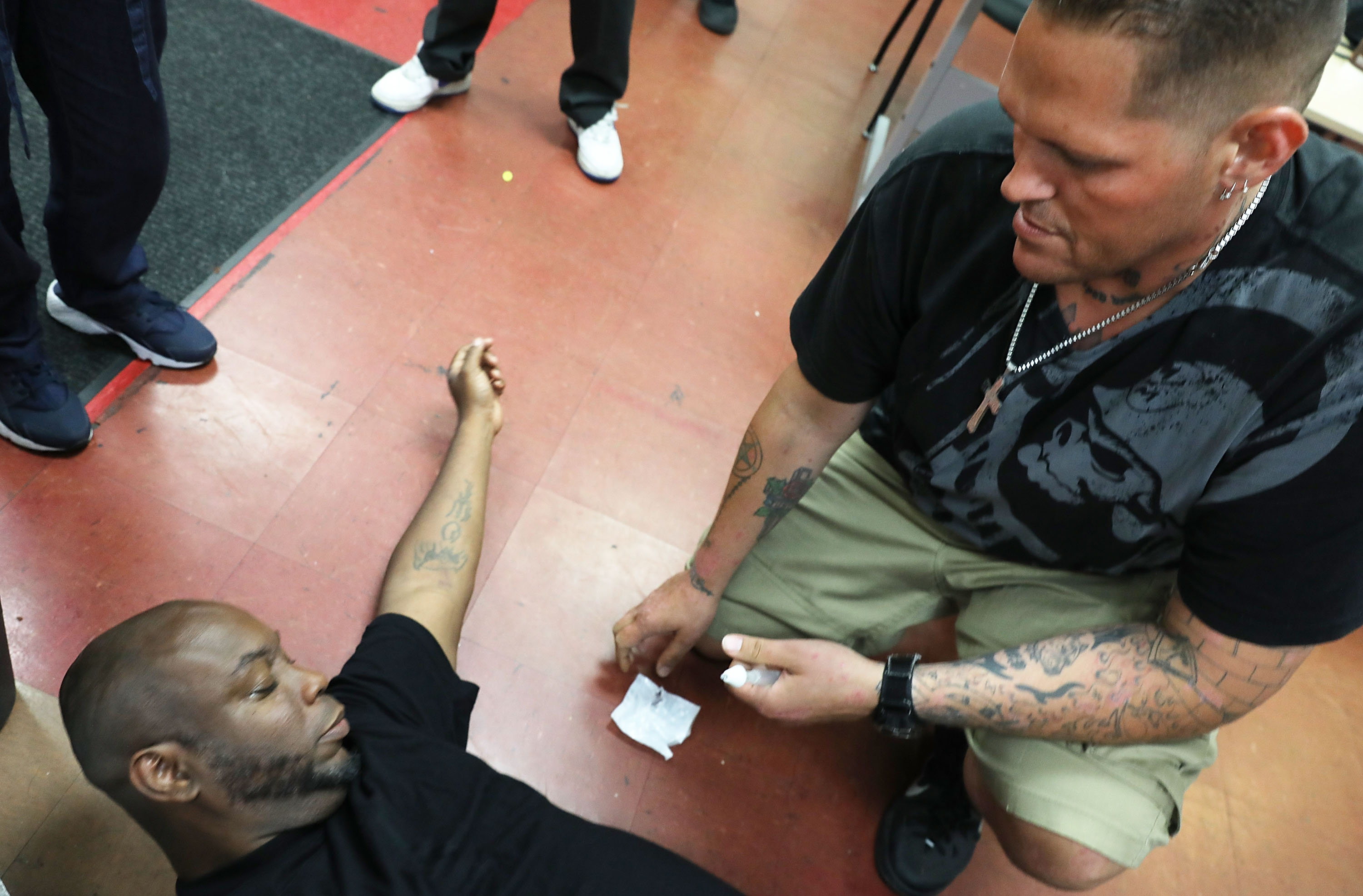 “I explained to the pharmacist at the window that no matter what our conversation is right now, in that computer it says I’m a drug user. Because in order to qualify for the insurance to pay for [naloxone], I needed to self-identify that it’s for me, even though it will be in a caretaker role,” Tomlinson told The Daily Caller News Foundation Thursday. “I haven’t applied for life insurance, so it’s going to be really interesting when I do to see what happens with that.”

Primerica told WBUR it does not discuss individual cases like Isela’s and offered the following statement.

“Now, if a life insurance applicant has a prescription for naloxone, we request more information about its intended use as part of our underwriting process,” Primerica communication executive Keith Hancock said in a statement according to WBUR. “Primerica is supportive of efforts to help turn the tide on the national opioid epidemic.”

Life insurers base their underwriting decisions on a variety of factors that allow them to charge the appropriate rates to provide protection to individual customers. These factors generally include an applicant’s height and weight, blood pressure, cholesterol, blood sugar, smoking status and medical history among other factors.

The life insurance industry is very competitive with 373 life insurers licensed to do business in Massachusetts working to serve consumers’ financial needs. Establishing their own underwriting criteria in accordance with relevant Massachusetts laws is one way individual companies can differentiate themselves from their competitors. As a result, insurers might evaluate the same applicant differently and, therefore, make different decisions on issuance and pricing. Because underwriting guidelines vary by company we recommend that applicants shop around to find the best policy for them.

Harm reduction advocate Tomlinson told TheDCNF he is not a current opioid user, but he has lost a family member to the opioid crisis.

“In every way this opioid overdose crisis can affect somebody’s life, it has affected mine,” Tomlinson told TheDCNF. 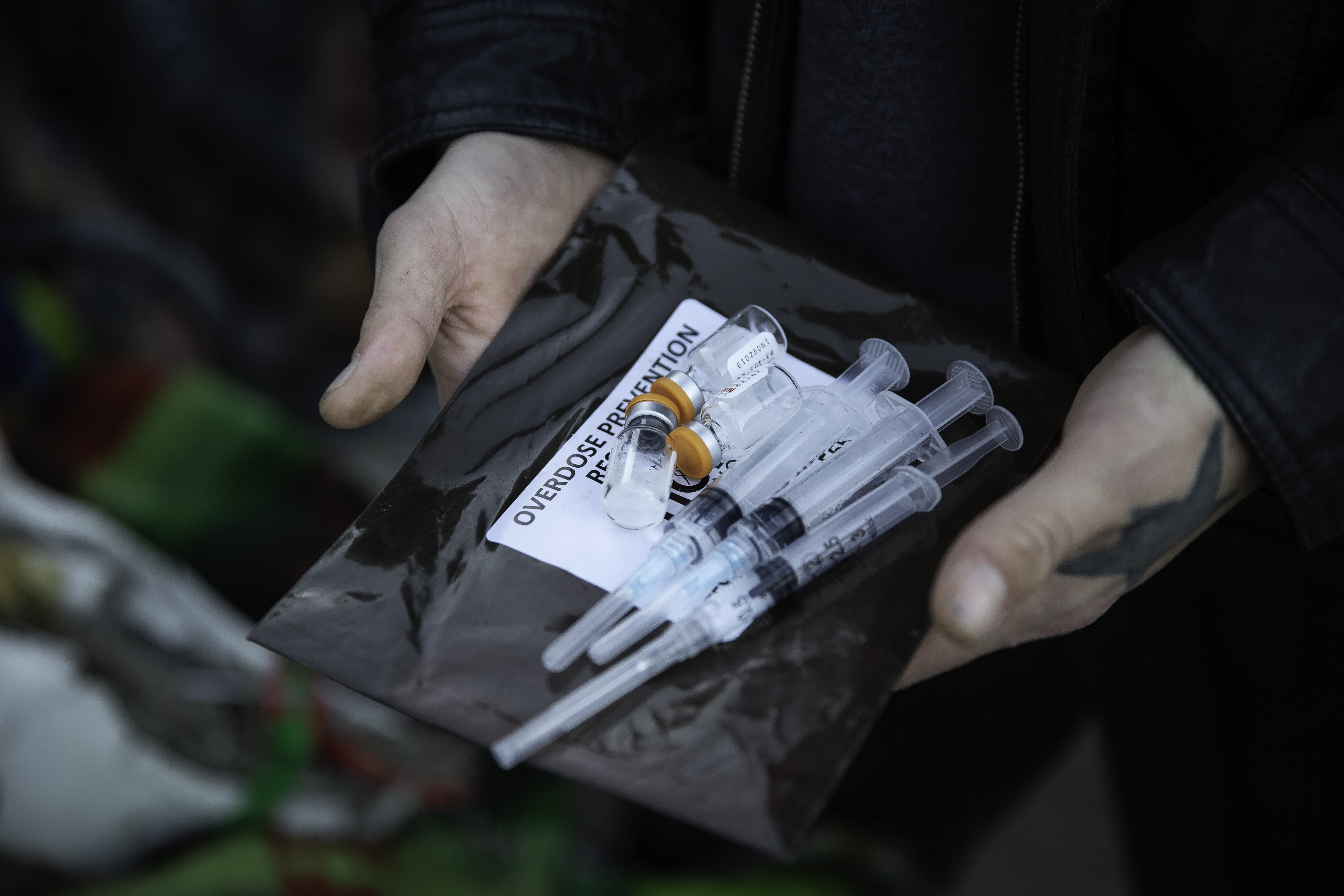 Narcan kits are available at a homeless encampment in Minneapolis, Minnesota on Oct. 22, 2018. (KEREM YUCEL/AFP/Getty Images)

Naloxone manufacturers including Kaleo have publicized their programs to distribute naloxone for free. However, one company said it had given away all the grants for the year when Tomlinson called it over the summer.

The unintended consequences of carrying naloxone illustrate that it is easier for public health officials to spread messages like “BE PREPARED. GET NALOXONE. SAVE A LIFE” than it is to implement those policies.

Those phrases are the tagline of an opioid epidemic advisory from U.S. Surgeon General Jerome Adams.

Adams looked into life insurance eligibility woes that can follow those with Narcan prescriptions on their records and said there was “no indication this is a widespread issue” after contacting the National Association of Insurance Commissioners, reported WBUR.

Harm reduction policies like the ones Tomlinson supports are alternatives to abstinence programs. Harm reduction is relatively controversial in the U.S. but touted by the United Nations and many European countries, according to Axis Recovery.

A record 70,000 Americans died of drug overdoses according to 2017 Centers for Disease Control and Prevention data released in late November, prompting experts to point to the proliferation of the potent synthetic opioid fentanyl. That and rising suicide numbers contributed to a drop in life expectancy in 2017.

Kaleo, which manufactures the opioid overdose reversal drug Evzio, was investigated by the Senate Homeland Security and Governmental Affairs Committee after it raised prices roughly 600 percent between 2014 and 2017, yet the number of Evzio prescriptions filled skyrocketed.

Evzio is an easy-to-use injector that cost roughly $4,000 for a two-pack, although insurers, not individuals patients, foot the bill most of the time.