The Daily Caller’s Richie McGinniss and Stephanie Hamill packed up their video gear and drove from Washington, D.C. to Philadelphia to get the real Army-Navy football game experience, and let’s just say there wasn’t a dull moment.

Lincoln Financial Field was packed with patriotic Americans supporting their favorite teams and players who would sacrifice everything for everyone watching. 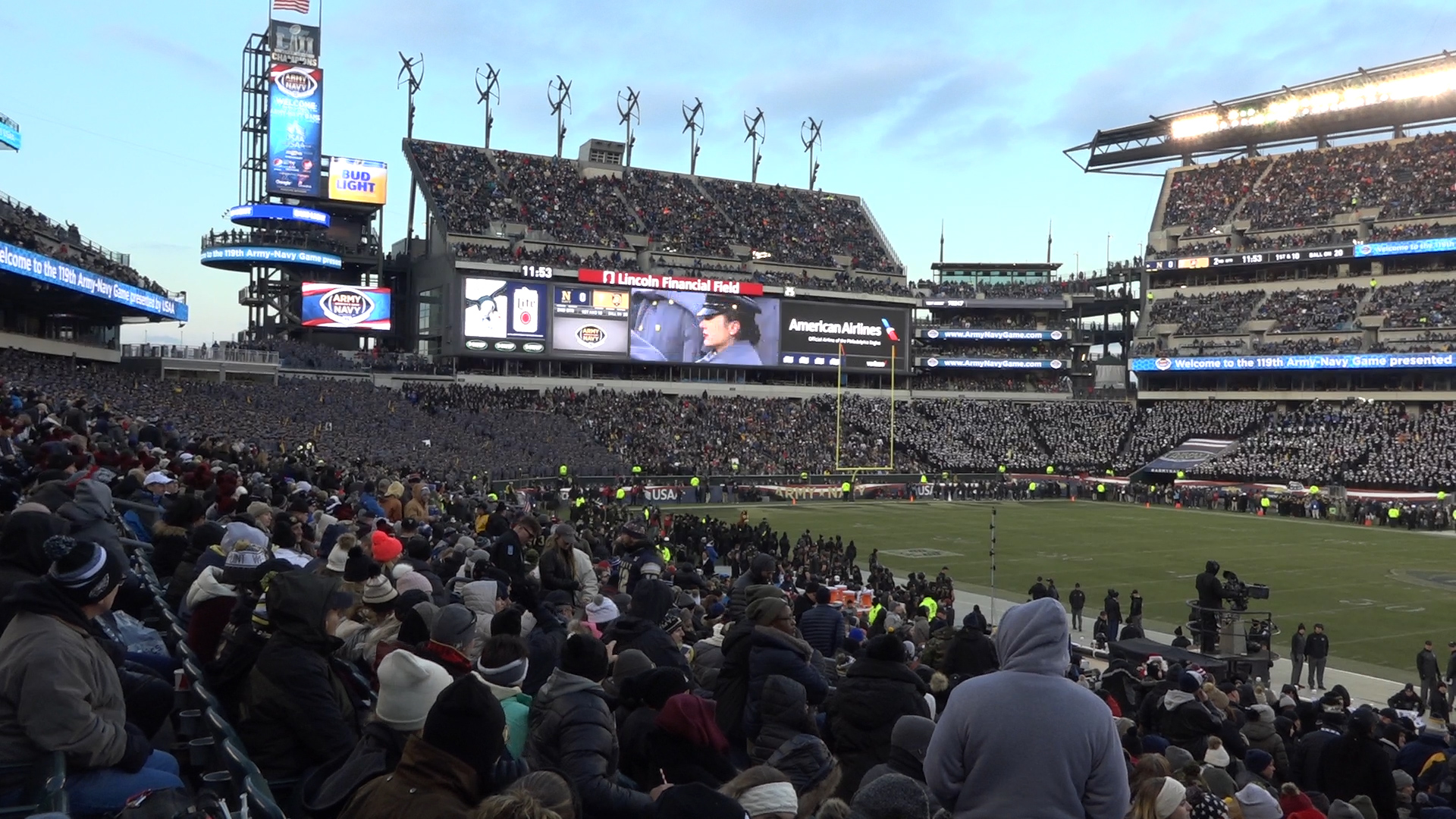 Before the game started we hung out with tailgaters. The rivalry between the two military academies is intense, but clearly all in good fun.

One group of enthusiastic tailgaters offered special mix lemon shots they brought from home, and we couldn’t say no.

It was quite delicious. 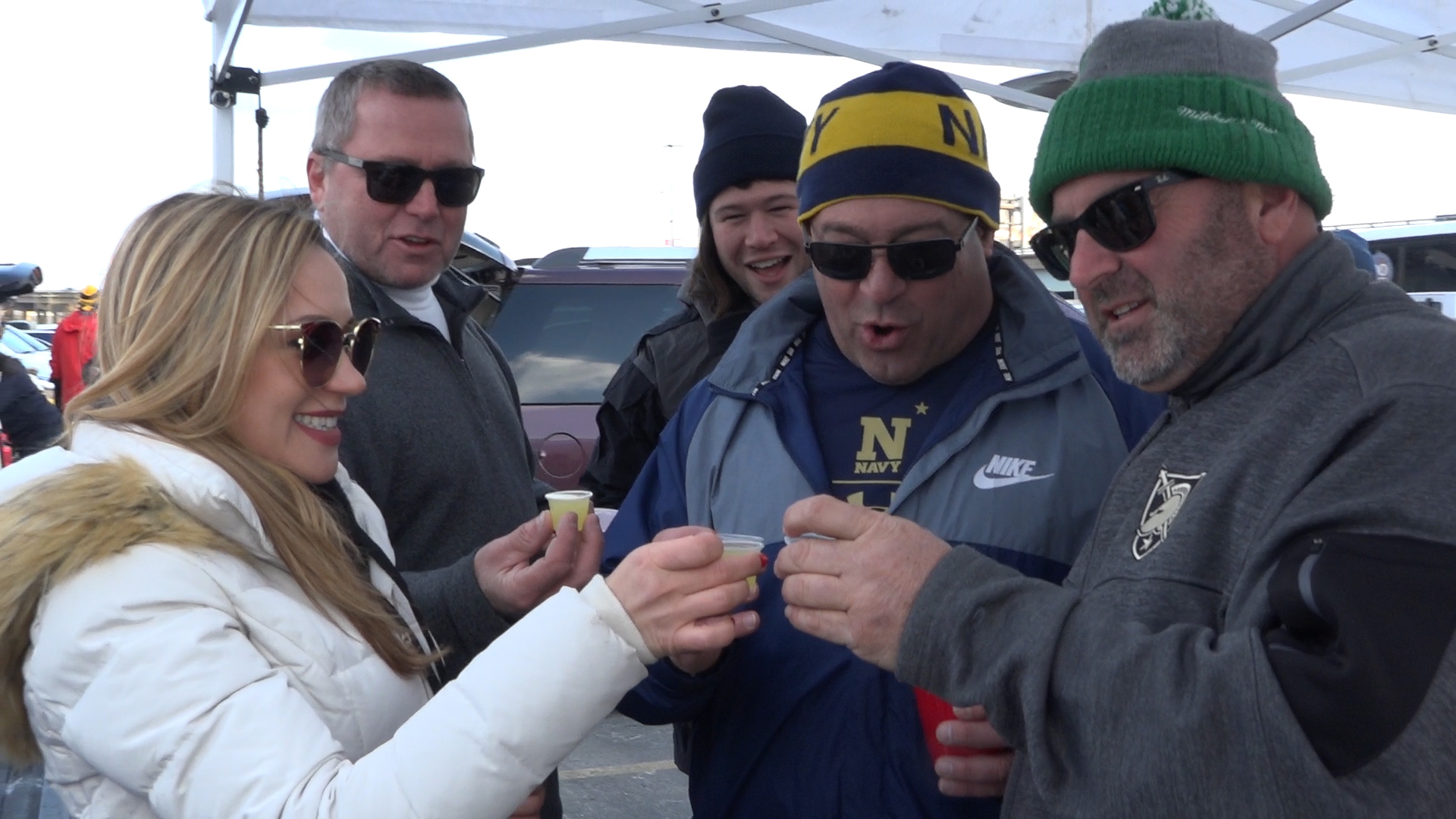 Now one perk of working in the news business is something known as a press pass. We were on the field and had a full view of the stadium. It was truly breathtaking. 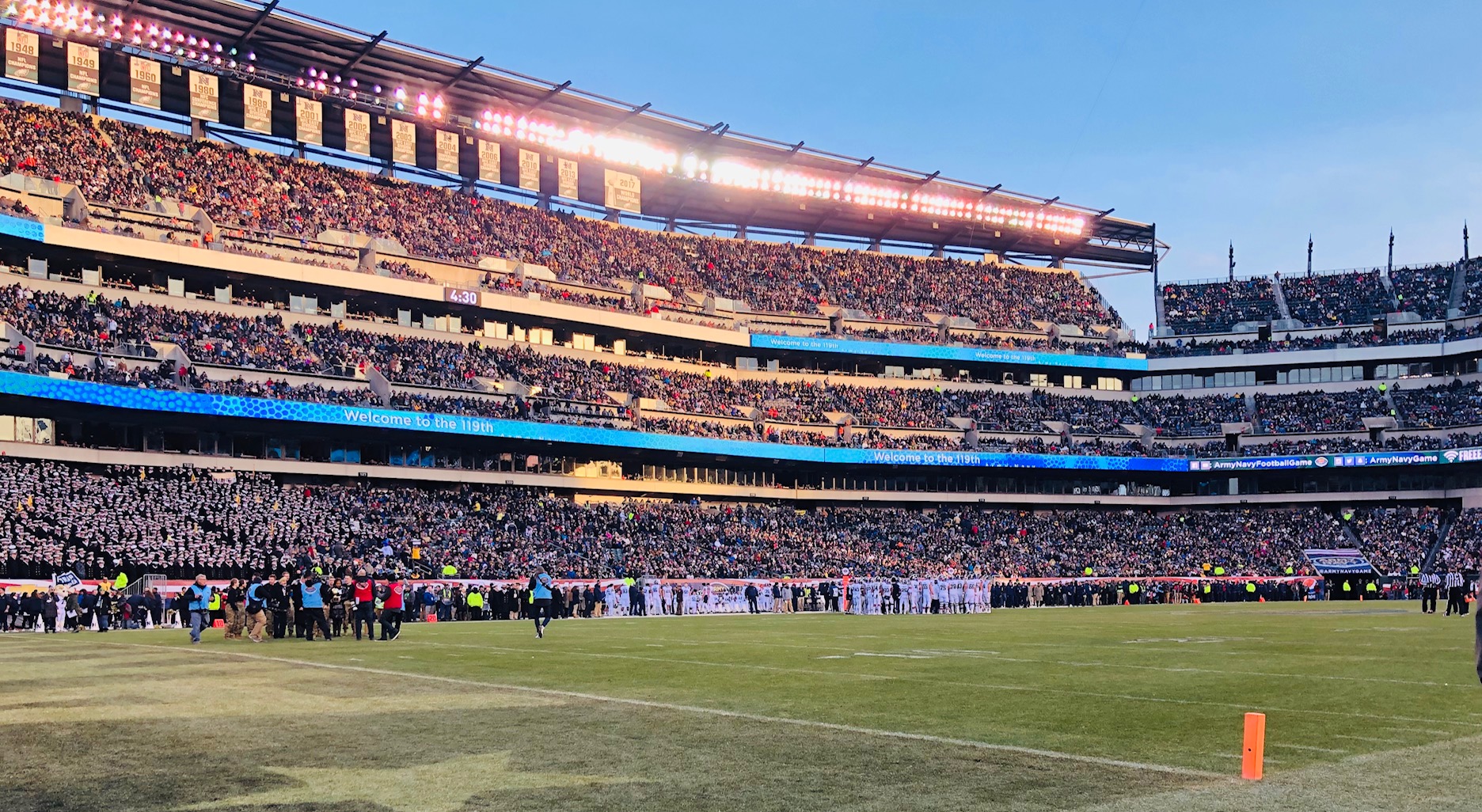 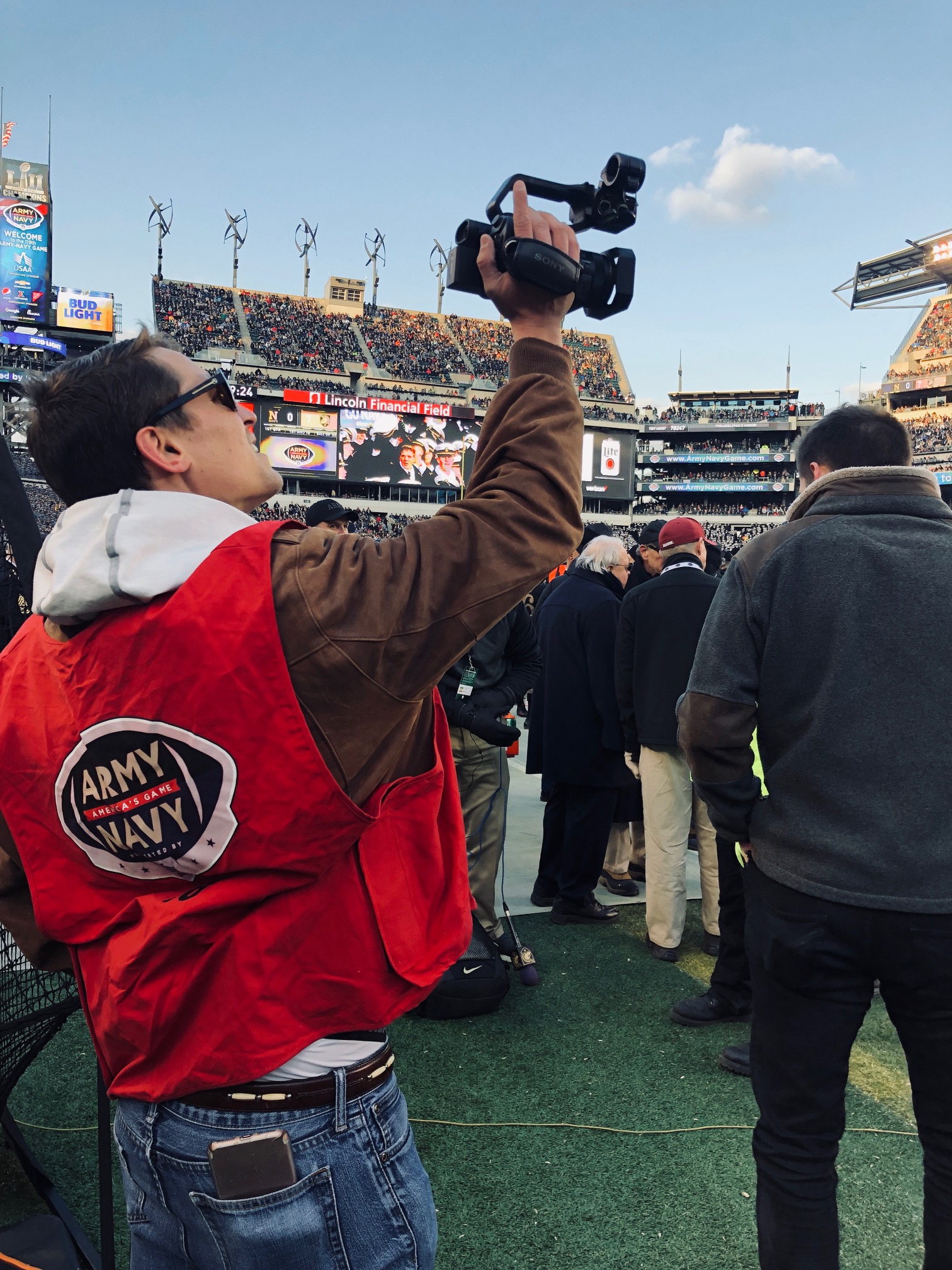 The opening ceremony was exhilarating. You could feel the vibration from the military aircraft flying over and the energy from the crowd — there’s really nothing like it. 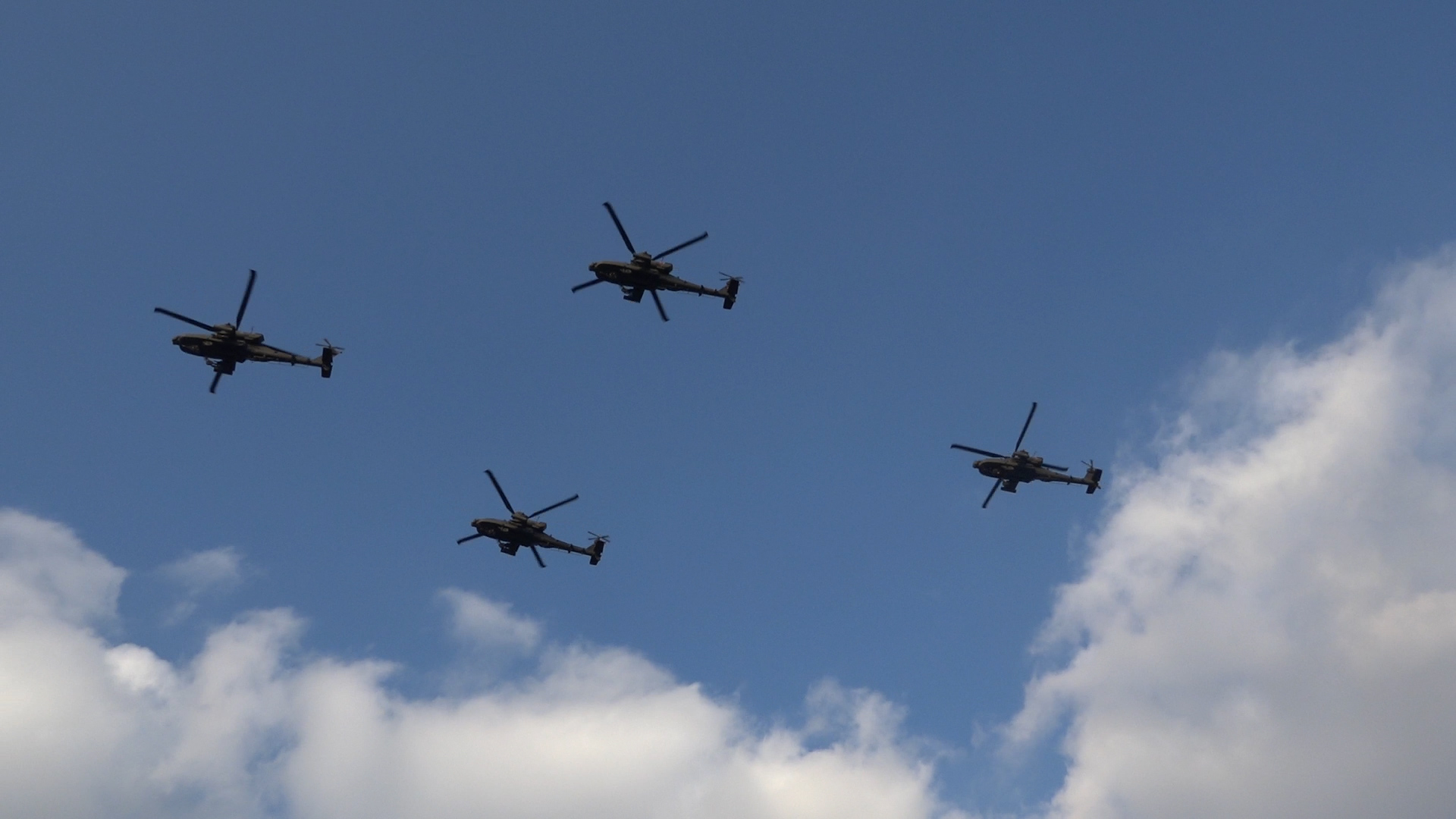 The Navy and Army skydivers had me on my toes wondering where they would land as they got closer to ground. They all landed safely in the middle of the field. 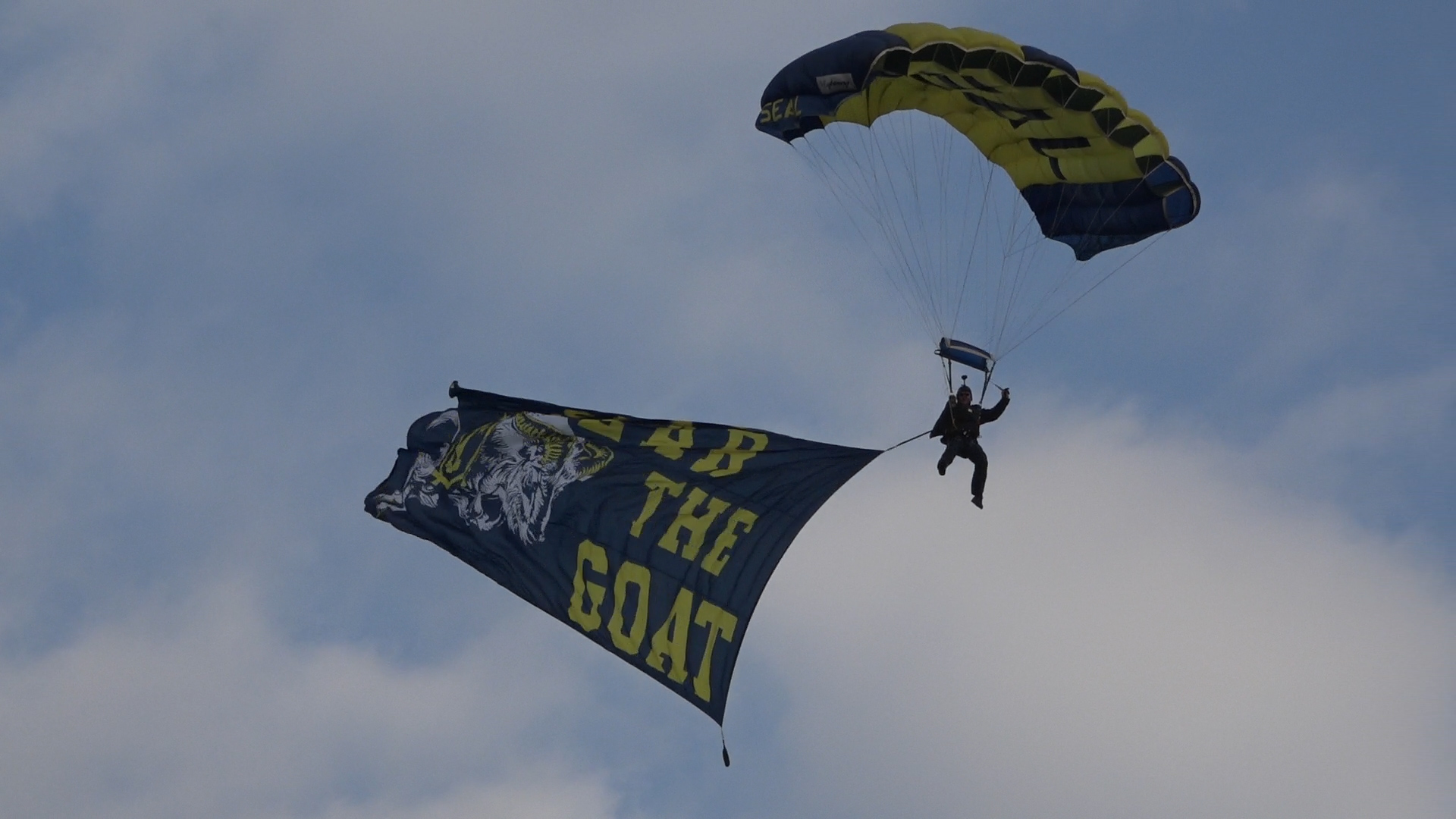 I think it’s also important to note that I didn’t see any “kneelers” during the national anthem. Everyone in my line of sight stood tall and proud with their hands over their hearts, and when it ended the stadium roared with applause. (RELATED: Army-Navy Game’s Stunning National Anthem Rendition Puts Every Kneeling NFL Player To Shame.)

Words can’t describe how amazing it was to watch the Army-Navy game opening ceremony in person. This is video of @realDonaldTrump on the field for the coin toss. ????????????????????????❤️#ArmyNavyGame #America pic.twitter.com/JoRgSF9Dnt

Did I mention this was a high energy event? 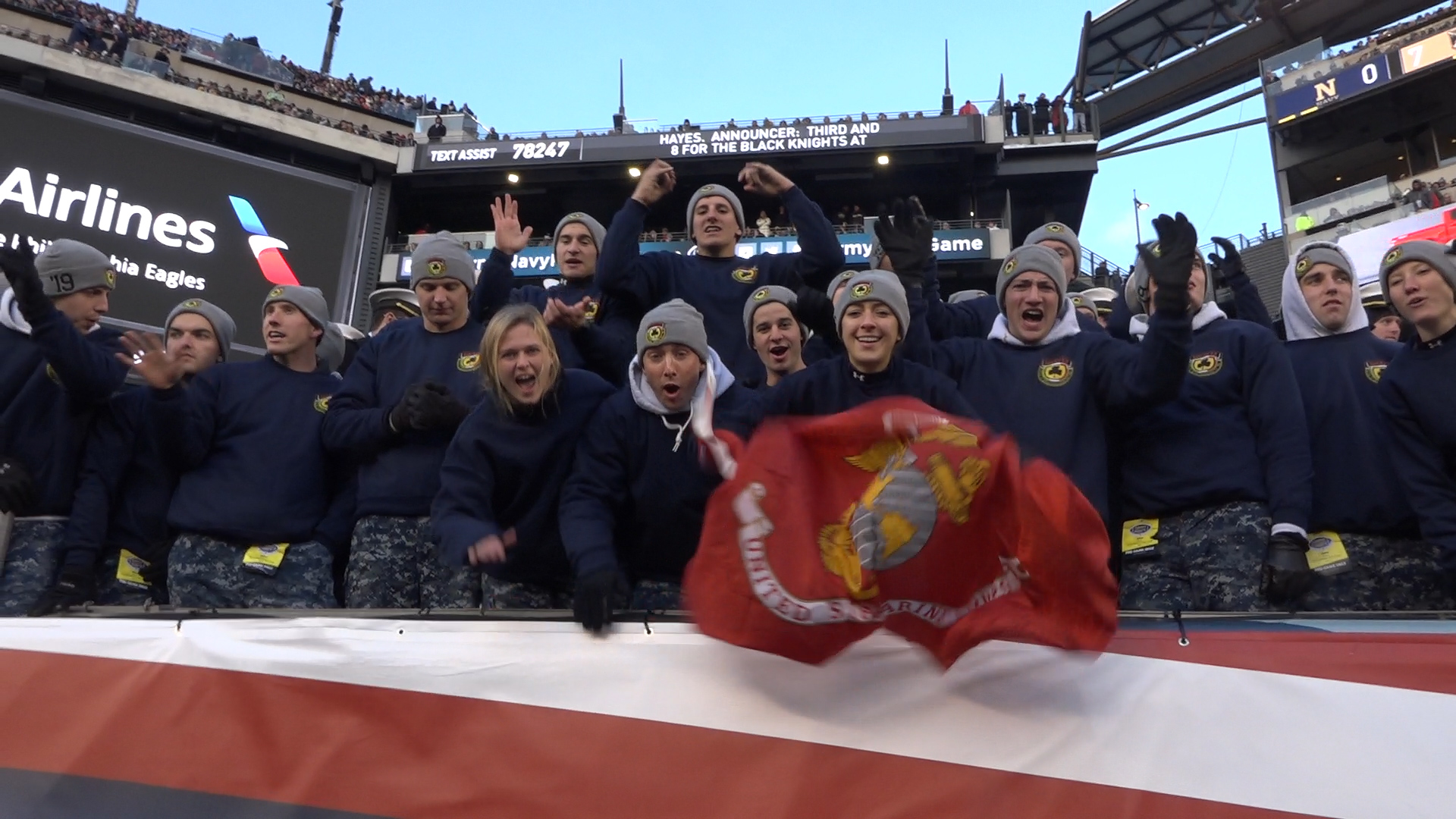 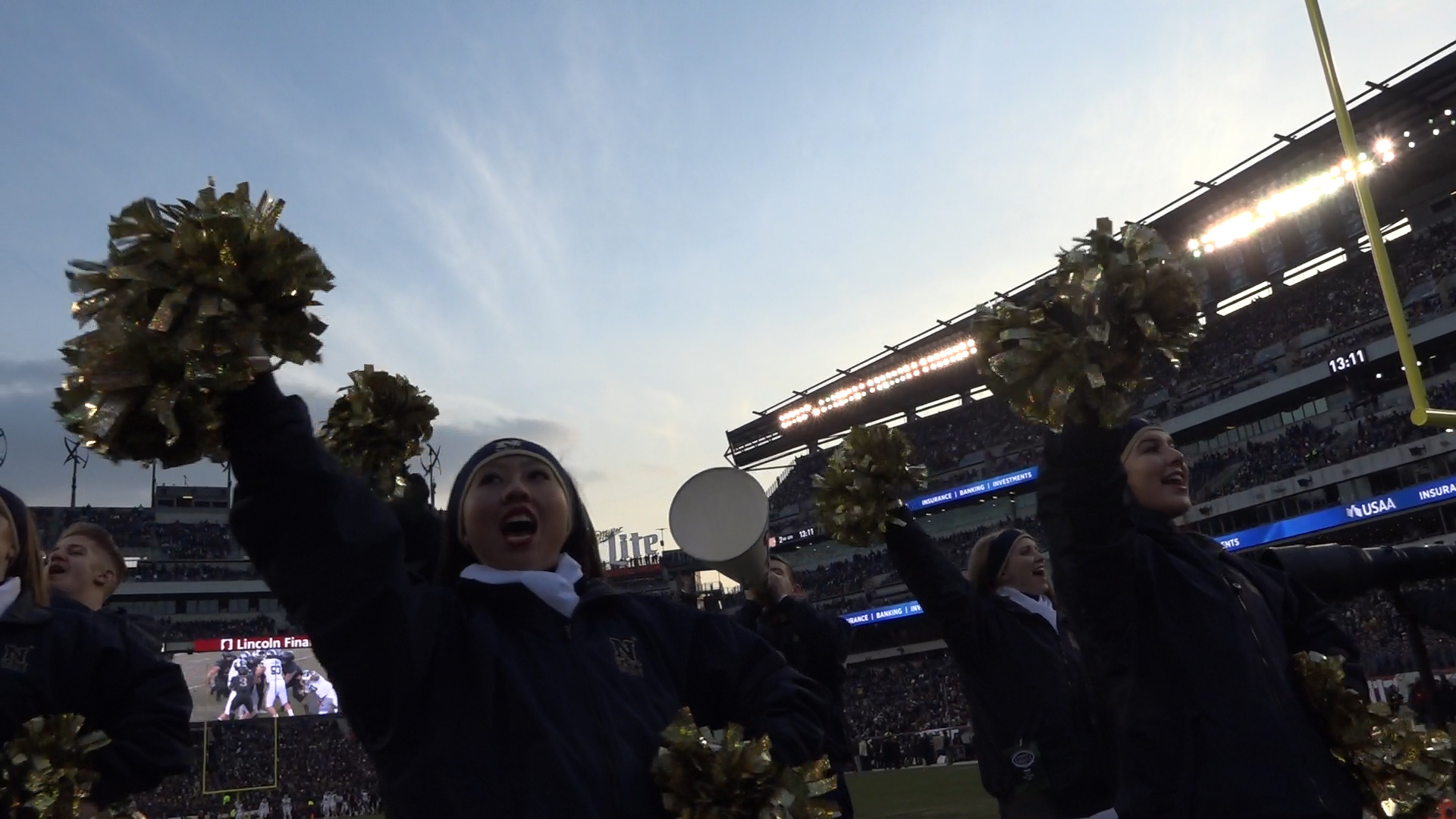 Cheeleaders on the sidelines at Lincoln Financial Field (The Daily Caller) 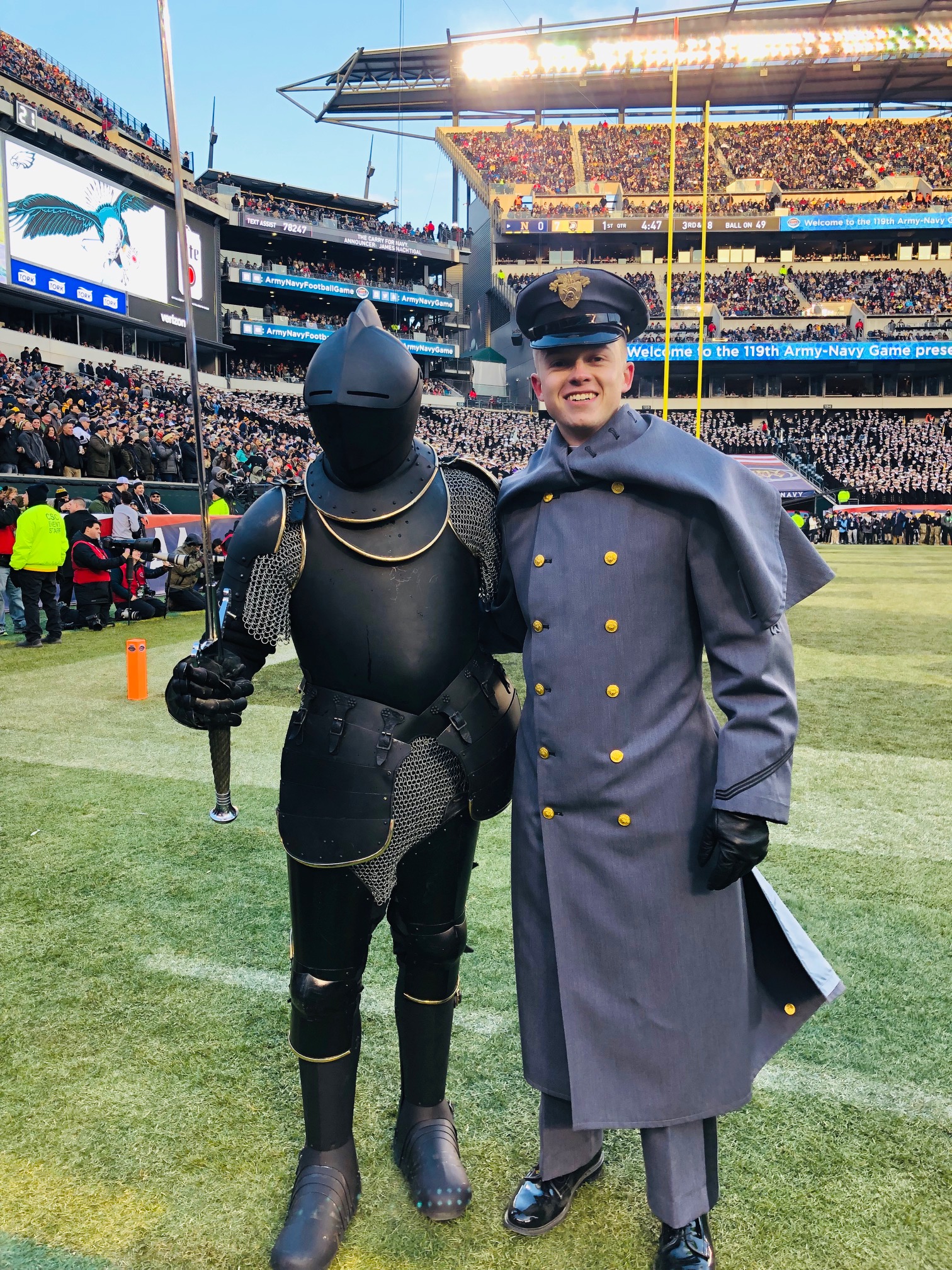 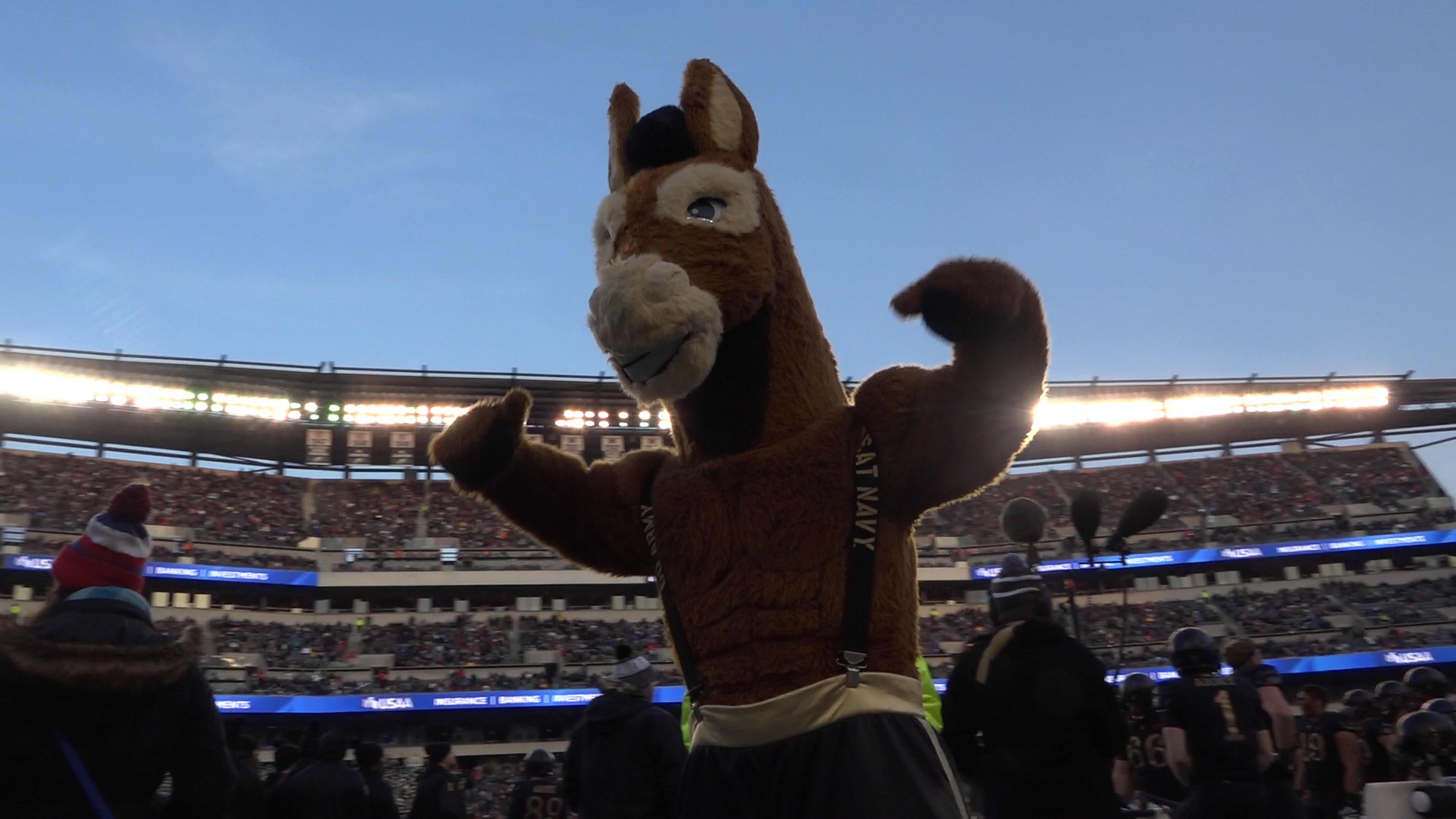 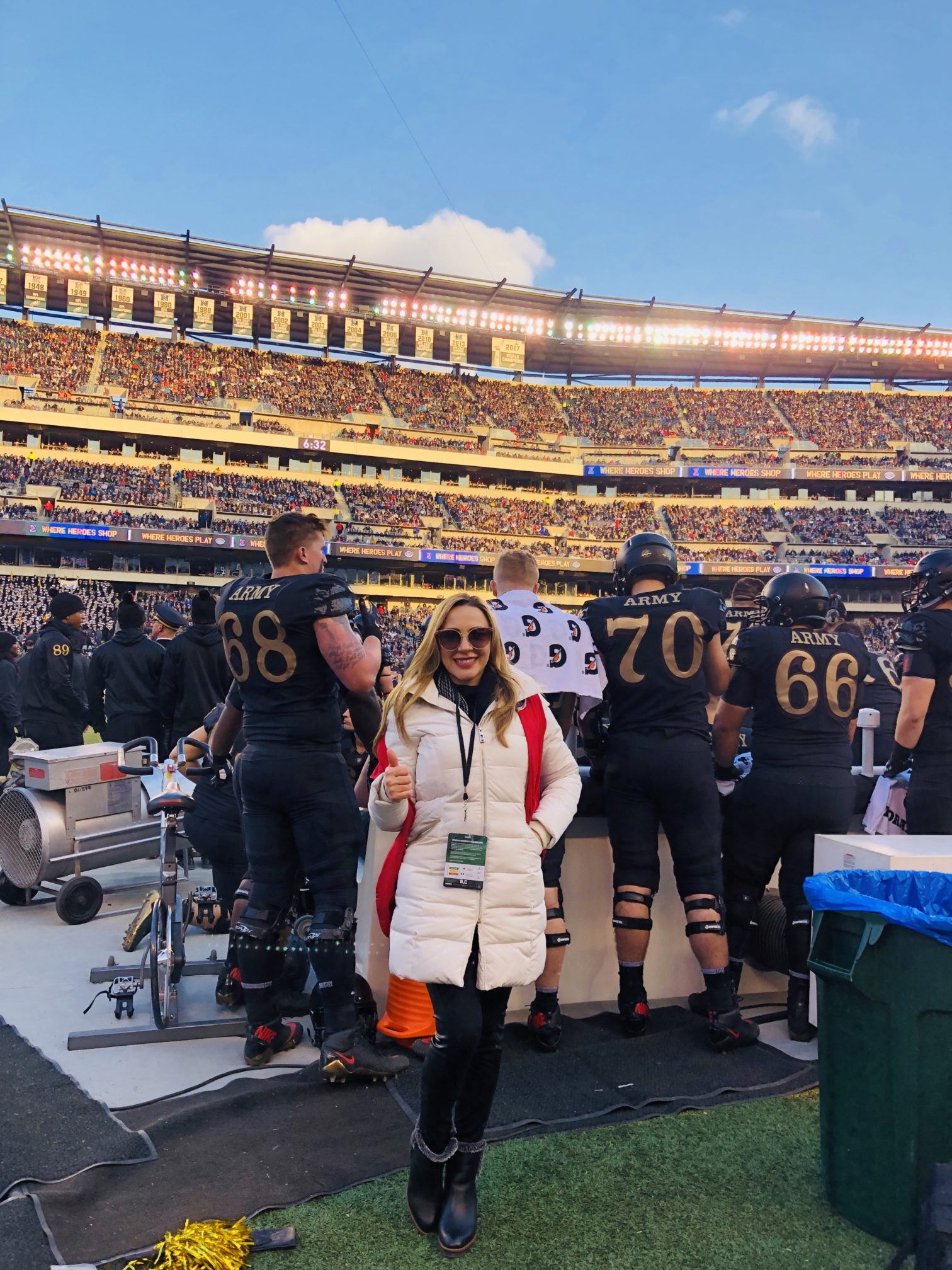 Stephanie Hamill behind the bench (The Daily Caller)

The Army was victorious over Navy 17-10, but in the end does it really matter? Aren’t we all just Team America?

1
‘The Five’ Panel Explodes When Donna Brazile Claims There’s ‘No First Amendment Right To Lie’
Media
2
Cuomo Passes The Buck — ‘Obligation Is On The Nursing Home’ To Refuse His Order To Take COVID-19 Cases
Health
3
Andrew Cuomo's Nursing Home Order Deleted From New York Health Department Website
Politics
4
Here's How Some In The Trucking Industry View The Coronavirus Crisis And Trump's Response
Editorial
5
'I SURE DID, F*CKER': Kathy Griffin Doubles Down On Hoping Trump Gets Stabbed With Potentially Fatal Air-Filled Syringe
US