At least 16 drug companies making roughly 300 generic medications are facing increasing pressure in an illegal price-fixing investigation, according to The Washington Post Sunday.

The pressure is especially high after a federal judge opened up more than one million emails, text messages and other communications to be shared among the plaintiffs in November.

“This is most likely the largest cartel in the history of the United States,” Joseph Nielsen, an antitrust investigator who has been a “leading force” in the investigation, said according to WaPo. Nielsen is also an assistant attorney general in Connecticut, according to WaPo.

The fixed prices could add up to billions in extra costs to consumers as well as hospitals, insurers and pharmacists, according to investigators cited by WaPo. (RELATED: Naloxone-Carrying Nurse Says Her Life Insurance Was Denied. She’s Not An Opioid Addict)

The FDA incentivizes drugmakers to produce generic prescription drugs, which are believed to lower prices by increasing competition. But an antitrust lawsuit that now counts 47 states as plaintiffs alleges that genericndrug company executives carried out price fixing to such a large degree they even had “insider lingo” for cheating the system, reported WaPo.

For example, “sandbox” referred to the market for generic prescription drugs, while “trashing the market” referred to a company going rogue with its pricing, reported WaPo.

Drug companies including EpiPen maker Mylan and its competitor Teva are some of the more well-known names included in the suit. 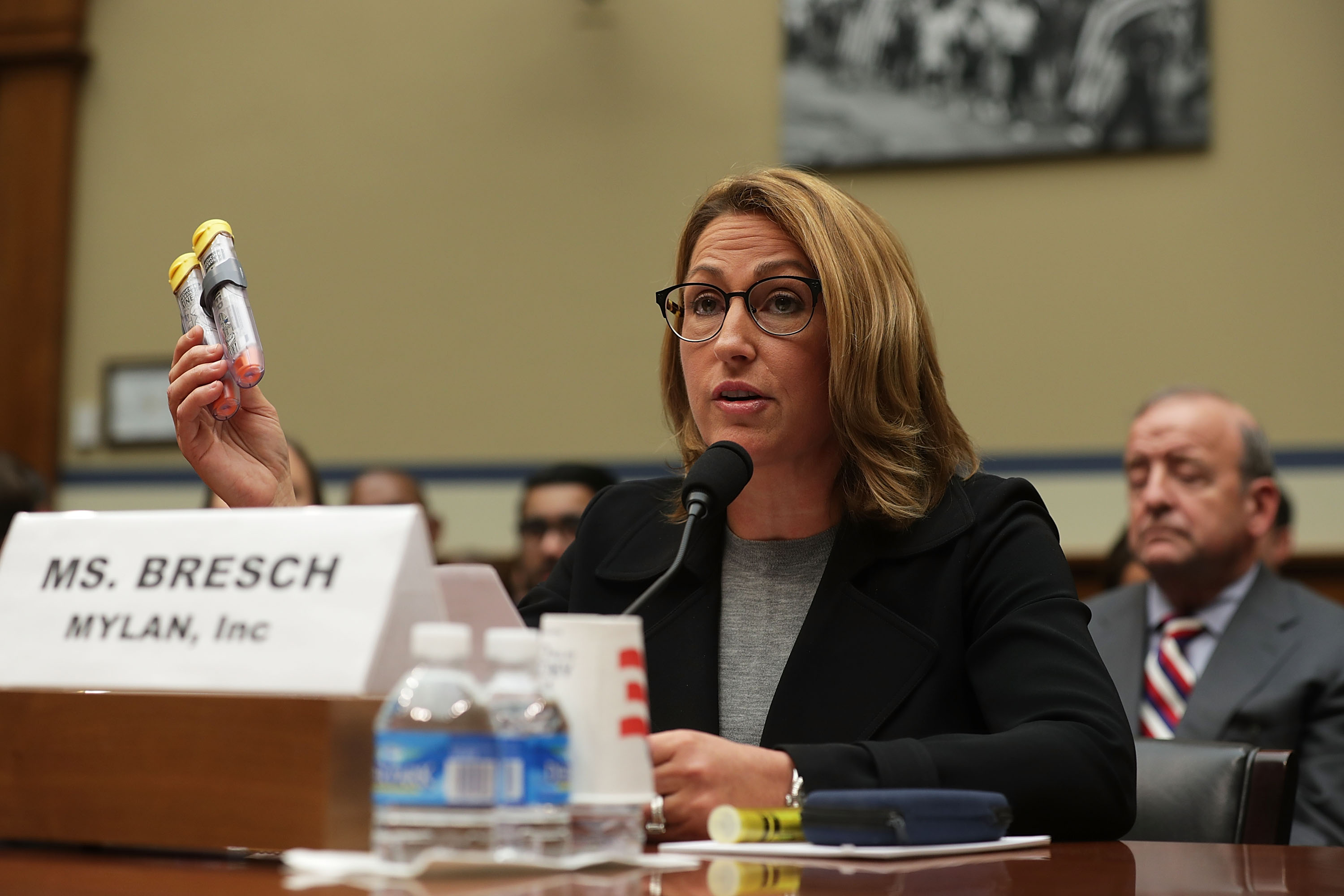 Mylan Inc. CEO Heather Bresch holds up a 2-pack of EpiPen as she testifies during a hearing before the House Oversight and Government Reform Committee September 21, 2016 on Capitol Hill in Washington, DC. (Photo by Alex Wong/Getty Images)

Mylan came under fire in 2016 after it raised the price of EpiPens 461 percent since acquiring rights to the drug in 2007. The suit names Mylan’s president Rajiv Malik specifically as a defendant, reported WaPo.

The suit may even add more defendants, reported WaPo. The defendants so far say that investigators have no evidence of a conspiracy, according to WaPo.

Teva denies the allegations in this litigation and will continue to vigorously defend itself. Teva delivers high-quality medicines to patients around the world, and is committed to complying with all applicable competition laws and regulations in doing so. Teva fosters a culture of compliance with these laws and regulations, and is dedicated to conducting business with integrity and fairness.

Also named in the suit is Heritage Pharmaceuticals. Two Heritage executives pleaded guilty to fixing drug prices in January and are now cooperating in the probe after paying $25,000 civil penalties, reported Reuters.

The suit accuses Malik and former Heritage executive Jeff Glazer of agreeing to divide up the “sandbox” for sales of a drug called Doxy DR, reported WaPo. 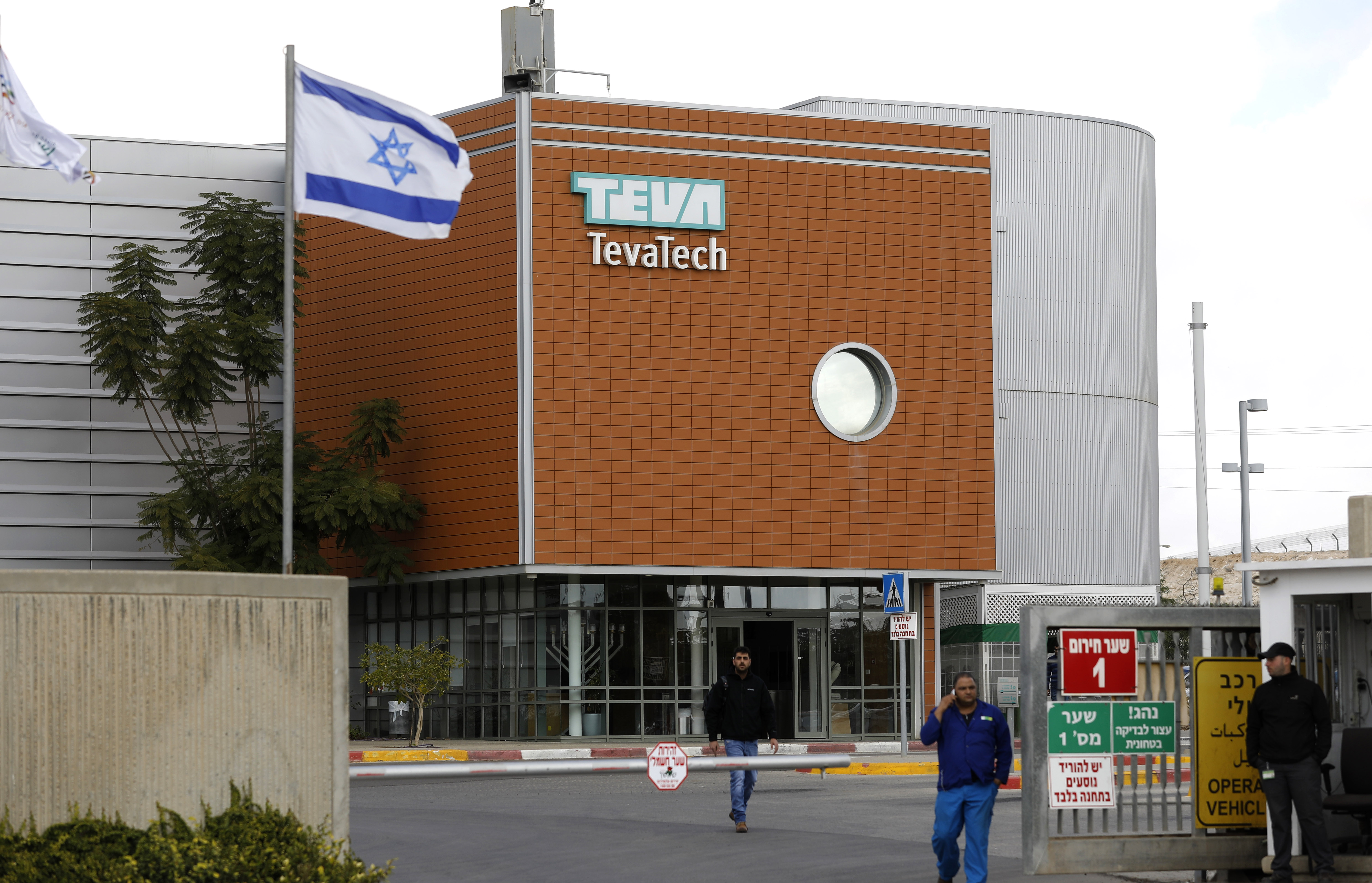 Israeli employees of Teva, the world’s biggest manufacturer of generic drugs, gather outside the pharmaceutical company’s plant in Ne’ot Hovav, an industrial south of Beersheva, on December 14, 2017. (MENAHEM KAHANA/AFP/Getty Images)

Investigators also think they have what could amount to a smoking gun showing that Heritage executives knew what they were doing was wrong. A Heritage executive texted his sales team to remind them not to include pricing discussions with another generic drugmaker in writing, according to complaints cited by WaPo.

Just approving one generic drug to offset the prices of a brand drug often does not do the trick to reduce prices. Many generic drug prices jumped in 2018, like the 404 percent price increase on the antibiotic nitrofurantoin in August, according to Medical Xpress. Hospitals have had trouble obtaining certain important generics recently, and the Food and Drug Administration is trying to incentivize drugmakers to invest in the generics market to increase competition and lower prices.

The Daily Caller News Foundation reached out to Mylan and Heritage Pharmaceuticals but did not receive a response at the time of publication.