Colombian authorities arrested six Israelis and two Colombian nationals in connection with a child sex trafficking ring they suspect was run by 12 Israelis.

Colombian law enforcement reported the arrest of the eight individuals Monday and issued international arrest warrants for the others suspected of running the ring. The 14 individuals who allegedly organized the ring marketed it to businessmen and men recently discharged from the military in Israel. The organizers offered their clients tourism packages in Colombia during which they were offered women and minors of both genders, as young as 3, as sex slaves. (RELATED: Texas Mother In Custody For Selling Young Children) 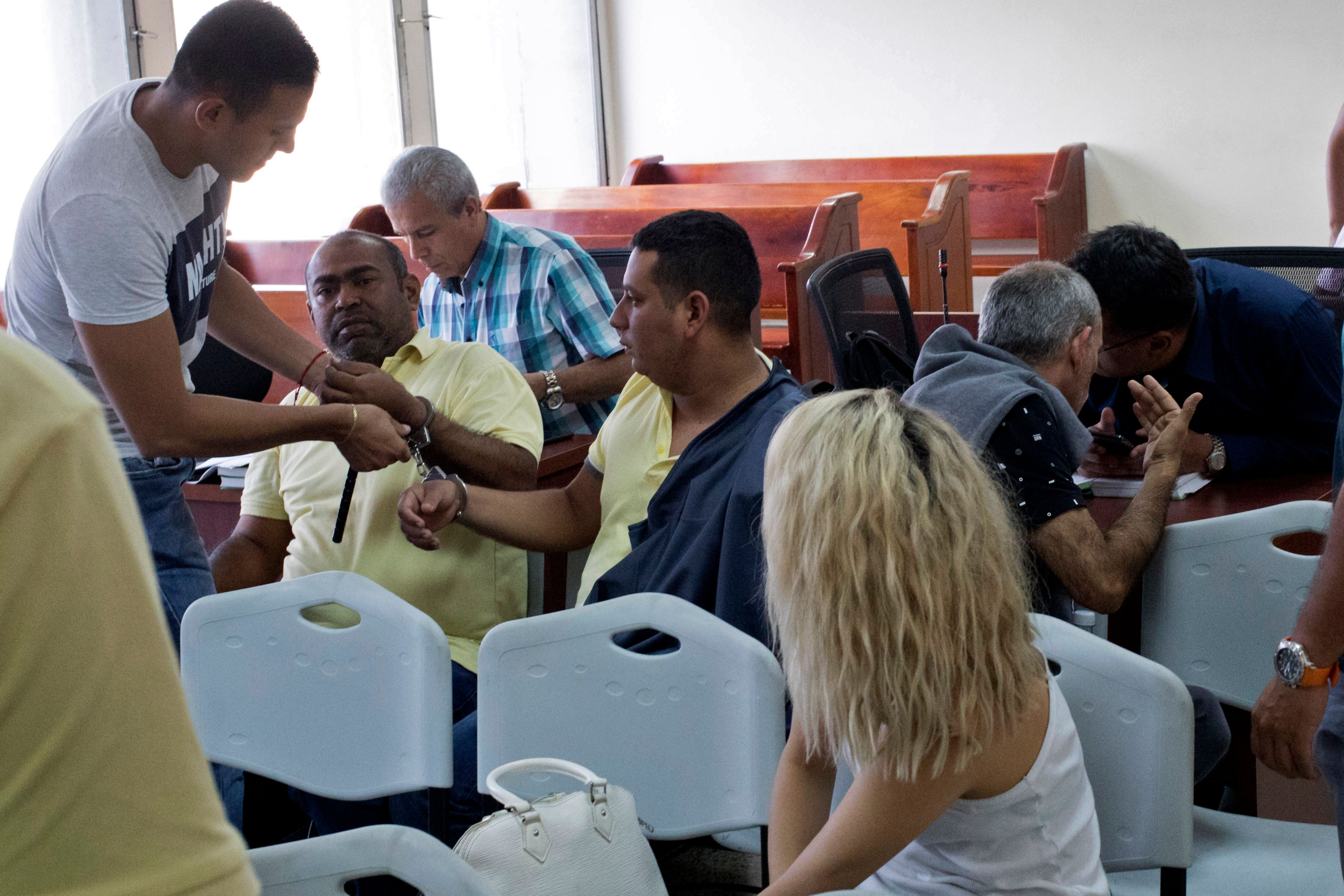 Colombians Victor Navarro (2-L), Marcial Sarmiento (C) and Yulieth Lozano (R), and Israeli Eyal Shaty (R, behind), alleged members of a prostitution network, are pictured before a hearing at a court in Medellin, Colombia, on Dec. 10, 2018. (JOAQUIN SARMIENTO/AFP/Getty Images)

One of those arrested, a Colombian policeman, reportedly gave classified information to an Israeli man named Mor Zohar, suspected of leading to ring, which allowed those involved to evade authorities, according to Haaretz. The ring established hostels and tourist sites in Colombia to create a facade of legitimacy, but forced teens and children with broken home lives or financial instability into sex work, The Times of Israel reported. Clients of the ring would stay at these hostels and tourist sites, but, as part of their “package,” would take yacht trips or go to raucous parties where these teens and children would be offered to them for sex.

The ring operators forced the sex slaves to join a WhatsApp group called “Purim,” and paid them each between $63 and $126 for sexually gratifying the tourists. Proceeds from prostituting the children and teens were then invested in the ring leaders’ tourist properties and operations.

Authorities made arrests in various locations throughout Colombia, from Santa Marta and Medellin to Bogota, and seized $45,000 worth of property. Prosecutors said the investigation leading to the arrests of the eight suspected traffickers started with Israeli national Shai Azran’s murder in Medellin. Authorities suspected that another Israeli ordered a hit on Azran because of a property dispute.

Authorities arrested 18 individuals in connection with that ring.