French President Emmanuel Macron asked for “another chance” in an address to the French people Monday and also promised to raise minimum wages.

“I feel the anger. Give us another chance,” Macron said in a televised speech after weeks of violent protests in Paris and other major cities over planned increases in carbon taxes on diesel and gasoline. “I don’t want the French people to be divided.”

“I want to find a way to get out of this together. I want this for France because this is our path through history,” Macron said.

“All the big companies in France, they must pay taxes”.

A planned rise fuel taxes sparked thousands of protesters, called “yellow vests,” to take to the streets. The fuel taxes were part of Macron’s plan to fight global warming as part of the Paris climate accord.

Macron initially resisted protesters’ demands to scrap the fuel tax, but eventually caved on Dec. 5. Despite this, thousands rioted in Paris Saturday, lighting cars on fire and breaking windows. 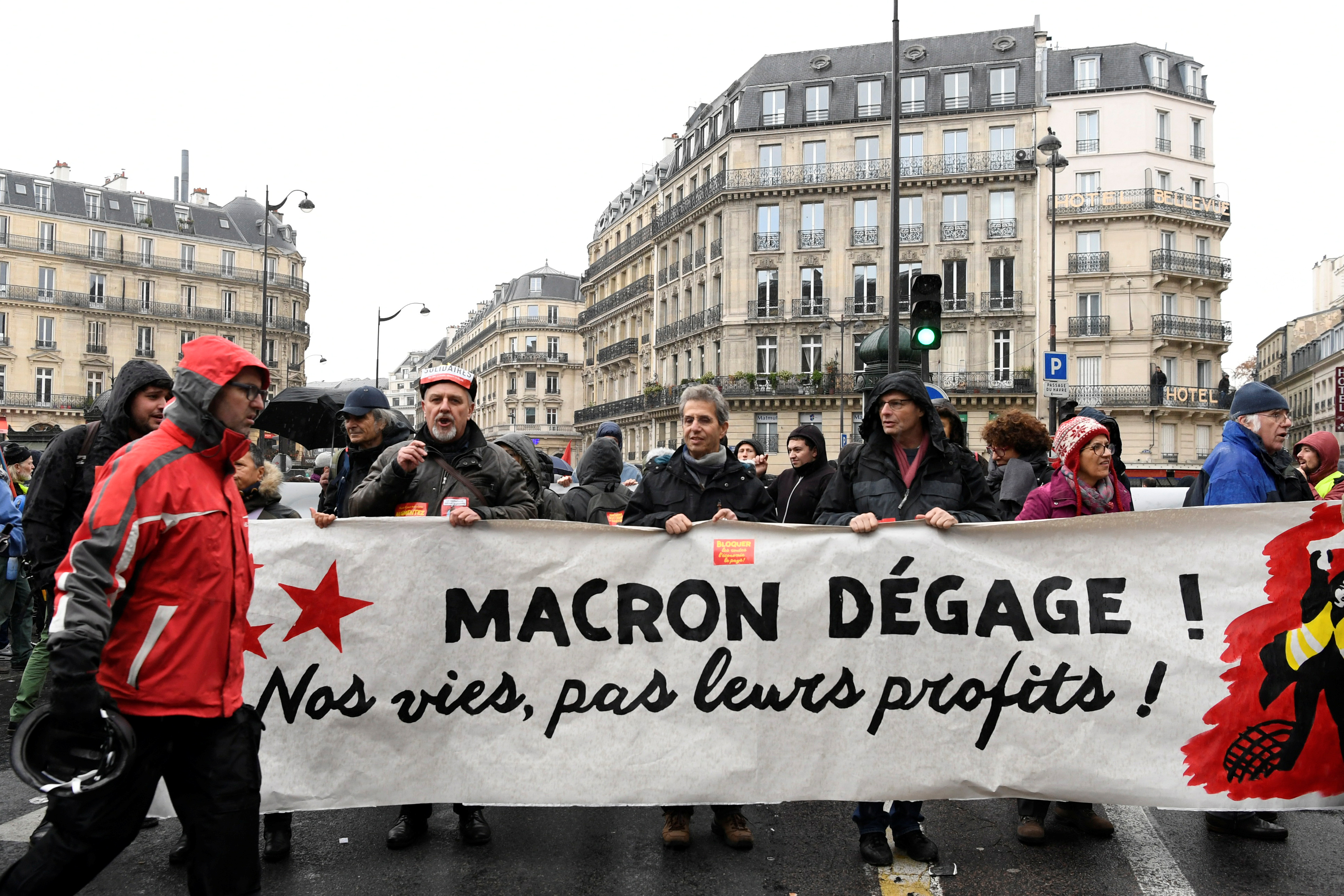 People hold a banner which reads “Macron get out, our lives, not our profits” as they demonstrate in a street during a national day of protest by the “yellow vests” movement in Paris, France, Dec. 8, 2018. REUTERS/Piroschka van de Wouw

French officials estimate protests cost as much as $2.6 billion, which will mostly be borne by taxpayers and private insurers. Macron criticized the violent protests that resulted in as many as 2,000 arrests and hundreds injured.

“We need to find new ways, new paths, and this is what I want for us – the French”.

French President Macron is addressing the nation amid Gilet Jaunes demonstrations that have swept through the country. https://t.co/OUyn5dIw0p pic.twitter.com/uYRyIoMVIT

“I cannot accept the unacceptable behavior that took place,” Macron said. (RELATED: France May Be Ahead Of The Curve When It Comes To Global Warming Policy Backlash)

Anti-carbon tax riots rocked the country as United Nations delegates met in Poland to hash out next steps for the Paris accord. However, Macron said the protests were fueled by “40 years of malaise” in France.

U.S. President Donald Trump said the protests showed the failures of the Paris Agreement, which the Obama administration joined in 2016. Trump pledged to withdraw from the Paris accord in 2020.

“The Paris Agreement isn’t working out so well for Paris,” Trump tweeted Saturday morning as France prepared for another wave of violent protests.