People’s desire around the world to permanently migrate to another country has been increasing since 2010 and the preferred destination overwhelmingly remains the United States of America, a Gallup World poll revealed Monday.

U.S. President Donald Trump’s election and his repeated efforts to build a wall around the nation’s southern border to curb illegal immigration did not appear to dissuade potential migrants from wanting to live in the U.S.

The U.S. has consistently ranked the number one destination for potential migrants since 2010, according to Gallup’s survey, with 21 percent, or 158 million adults, saying they’d like to move to the U.S.

The number of adults desiring the U.S. between 2015 and 2017 is more than three times the amount desiring the next location, which is also in North America. (RELATED: Poll Finds Memory Of Holocaust Fading Fast In Europe)

An estimated 47 million adults surveyed said they’d move to Canada if they had the opportunity, and another 42 million chose Germany. 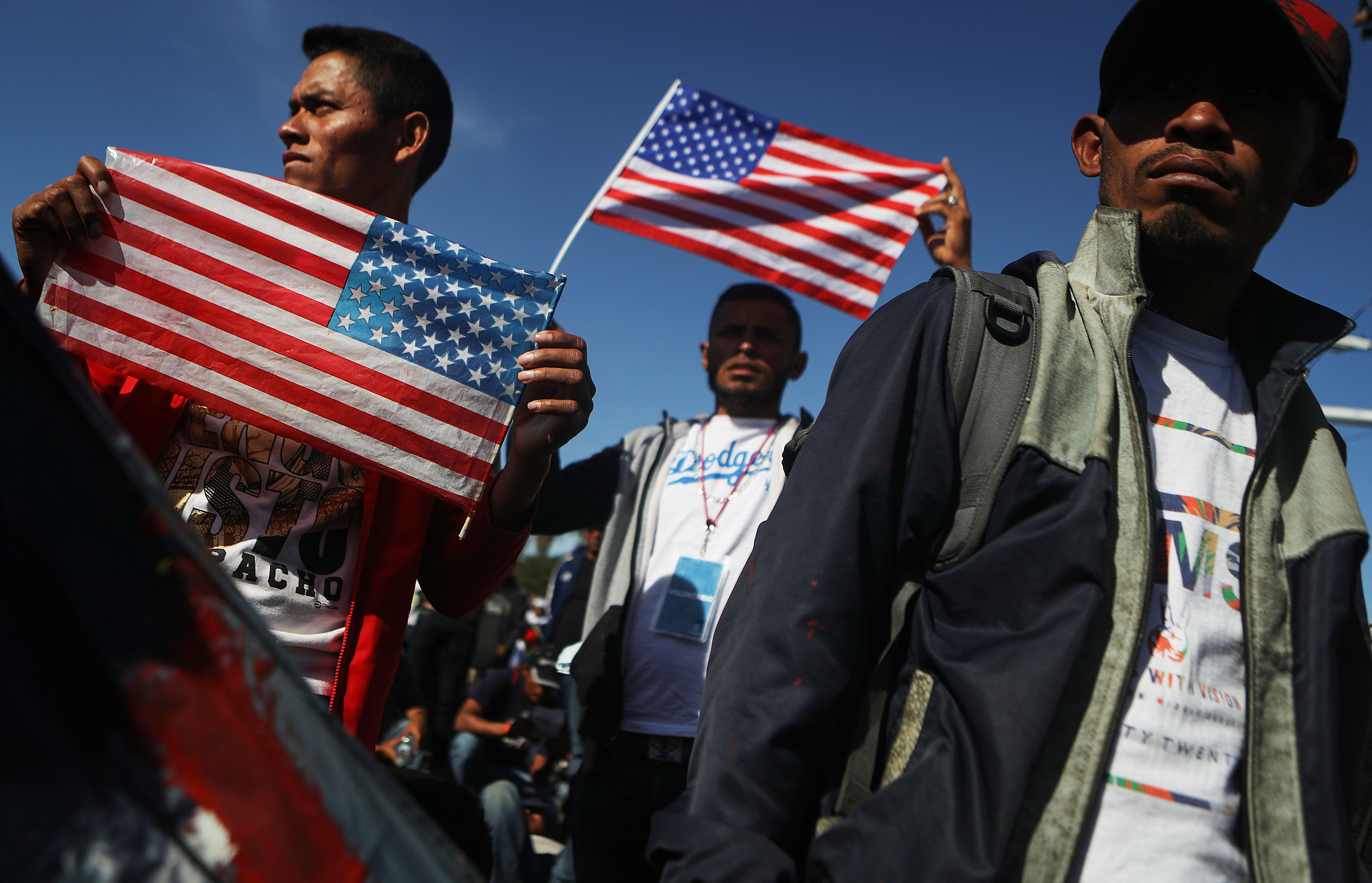 Migrants hold American flags during a peaceful march shortly before some evaded a police blockade and rushed toward the El Chaparral port of entry on Nov. 25, 2018 in Tijuana, Mexico. (Photo by Mario Tama/Getty Images)

Although the U.S. is the top destination, its popularity is down 1 percent from 2010-2012, in which 22 percent of adults would’ve liked to move to the U.S.

Similarly, while the U.S. is by far the number one spot, the percentage of those currently in Northern America who say they’d migrate if they could took a significant jump.

15% of the world’s adults — or more than 750 million people — say they would like to move to another country if they had the opportunity. https://t.co/YteittauHg #ForMigration pic.twitter.com/ivznaXLbiU

The country with the largest percentage of adults who say they’d permanently leave their country if given the opportunity has consistently been sub-Saharan Africa, with 33 percent of adults saying they’d do so.

Below that region on the list is the Latin American and Caribbean region, followed in order by non-European Union Europe, the Middle East and North Africa and Europe.

The European migrant crisis began in 2015 and potentially contributes to the shift in numbers.

This latest survey on potential migrants “is based on a rolling average of interviews with 453,122 adults in 152 countries and areas between 2015 and 2017.”