Sotomayor told an audience Friday at Duquesne University in Pittsburgh that the justices do not belong to a political cause or a president but “to something very different, and much more important to us, and that is to the rule of law.”

The justice has had sharp words for the Trump administration before. After the Supreme Court upheld the president’s travel sanctions in June, Sotomayor published a dissent comparing the decision to Korematsu, the notorious 1944 ruling in which the justices upheld Japanese internment. Sotomayor read her dissent from the bench, a rare move the justices reserve for cases in which they strongly disagree with the majority.

Trump derided a federal judge in California for blocking enforcement of his new asylum rules as he left the White House on Nov. 21, prompting a rare rebuke from the chief justice.

“This was an Obama judge,” Trump told reporters. “And I’ll tell you what, it’s not going to happen like this anymore.” (RELATED: Kavanaugh Joins Liberals To Protect Pro-Planned Parenthood Ruling)

“We do not have Obama judges or Trump judges, Bush judges or Clinton judges,” Roberts said in response. “What we have is an extraordinary group of dedicated judges doing their level best to do equal right to those appearing before them. That independent judiciary is something we should all be thankful for.” 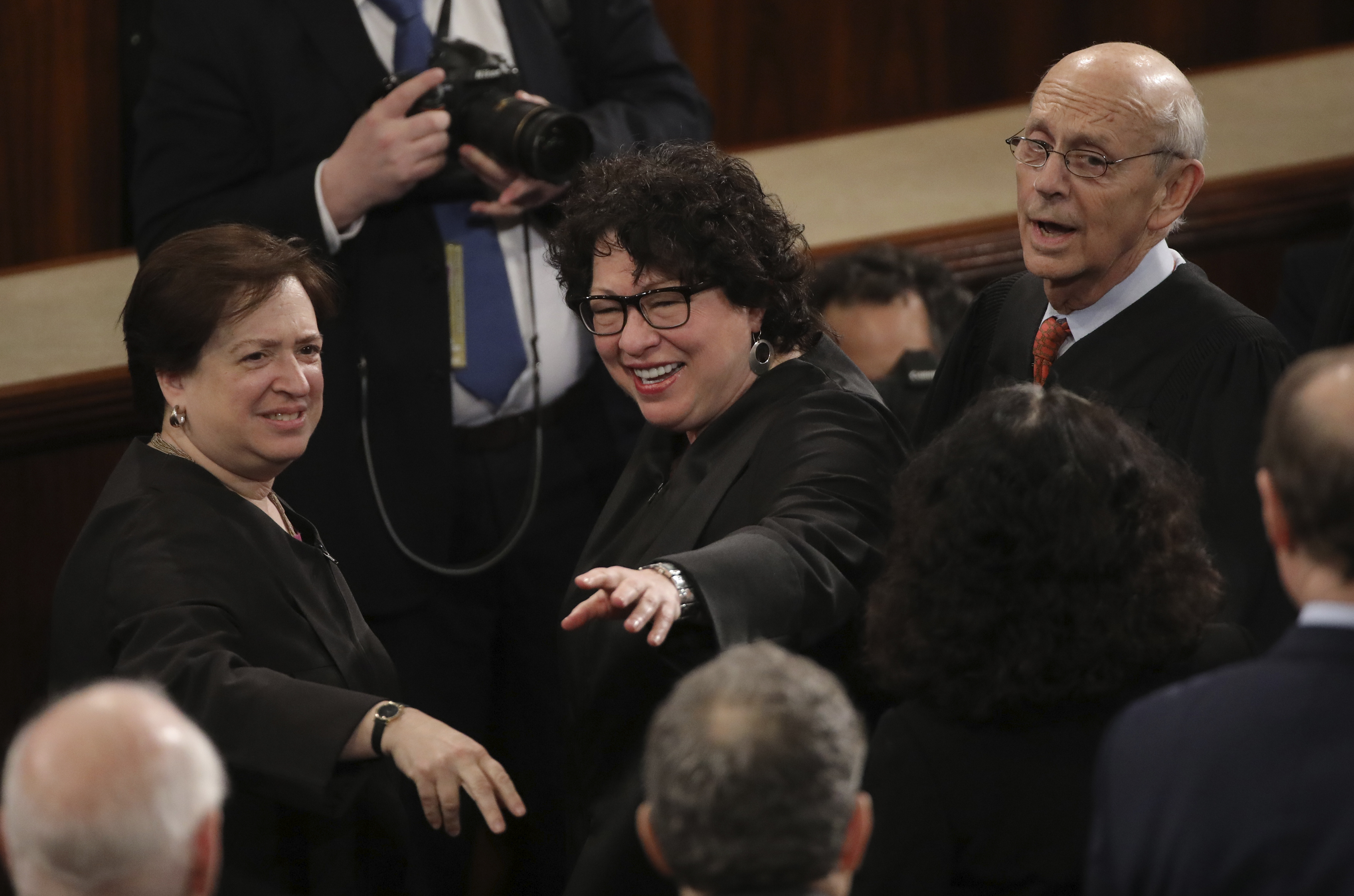 Elsewhere in her remarks at Duquesne, Sotomayor reiterated comments she has made in other venues about benefitting from race-conscious admissions policies. The justice is a Phi Beta Kappa graduate of Princeton University and Yale Law School.

“It doesn’t matter how I got in,” she said, when asked what advice she might have for students who are derided as affirmative action beneficiaries. “What matters is what I do when I’m in.”