Twitter informed a Canadian newspaper editor Friday that he was in violation of Pakistan’s blasphemy law.

Toronto Sun opinion pages editor Anthony Furey told his readers all about it in a Saturday column.

Furey was told that Twitter was taking this opportunity to inform him that it had received “official correspondence regarding your Twitter account.” Twitter then passed on the word from Pakistan that he was in violation of Section 37 of PECA-2016, Section 295 B and Section 295 C of the Pakistan penal code.

A Pakistani supporter of the Ahle Sunnat Wal Jamaat (ASWJ), a hardline religious party, holds an image of Christian woman Asia Bibi during a protest rally following the Supreme Court’s decision to acquit Bibi of blasphemy, in Islamabad on November 2, 2018. (Photo by AAMIR QURESHI / AFP)

After some research, Furey concluded that the Pakistani law in question was a blasphemy law that the overwhelmingly Muslim country upholds. Negative comments on the Quran can yield a lifetime in Pakistani prison. Blasphemy against the Muslim prophet Muhammad can mean the death penalty. In 2017, a Pakistani man was sentenced to death for a “blasphemous” statement on Facebook. (RELATED: Twitter Plans ‘Hate Speech’ Crackdown After Backlash From Upset Employees)

Furey checked out the tweet that had landed him in all this hot water.

“I clicked on the link. It didn’t redirect to any dubious site. Instead, it pulled up a tweet I had made several years ago when I had posted a collage of cartoons of Muhammad. Looking back, I remember I did it right after there had been an ISIS-inspired attack in retaliation over the cartoons.” 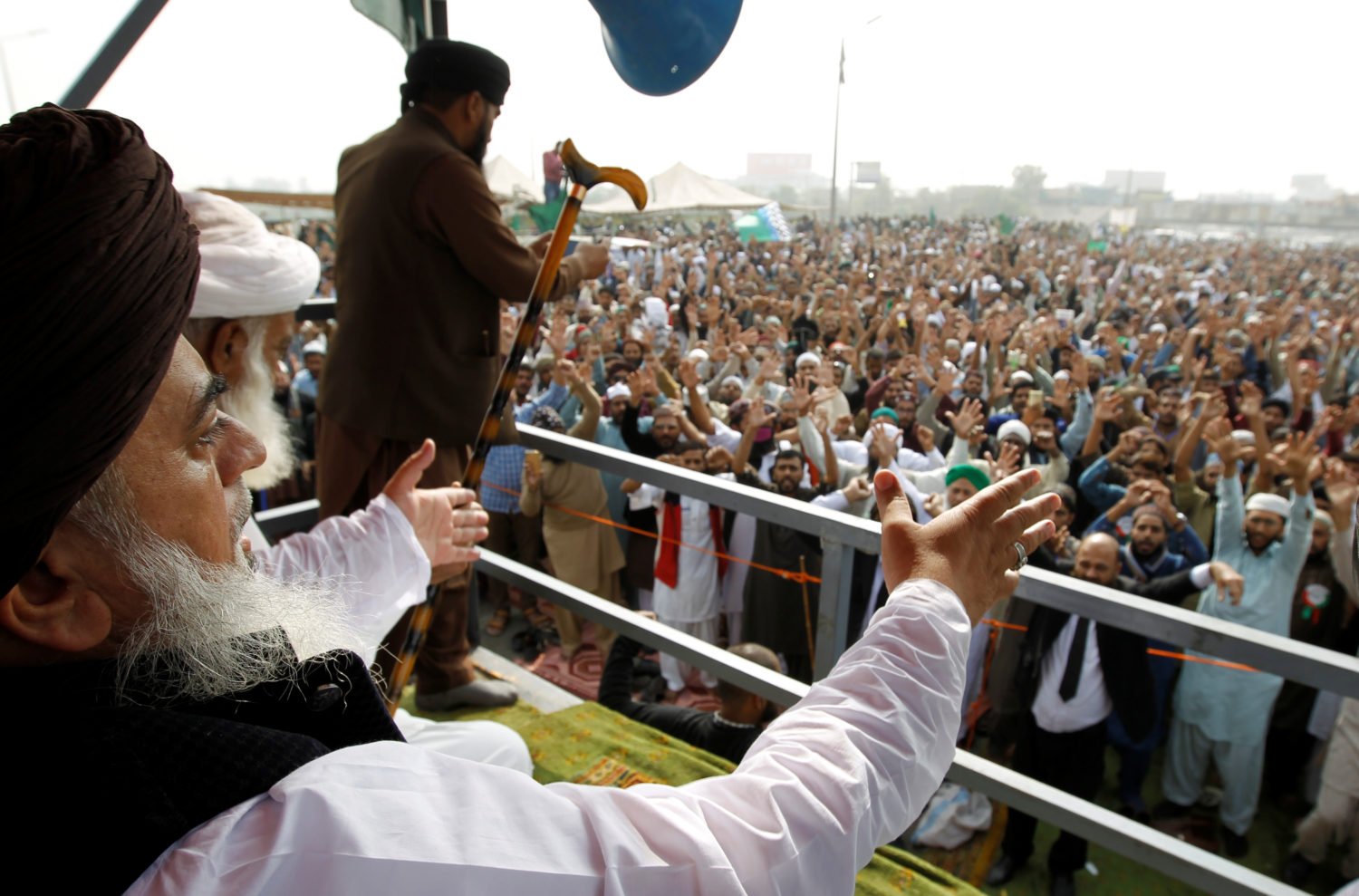 Furey told The Daily Caller on Sunday that the incident is hard to believe, that he would be put on a foreign blacklist, or that Twitter would pass on the message in this manner.

“It all sounds so absurd. Then again so do the very real stories of Asia Bibi and Raif Badawi. Like with the Salman Rushdie affair, you never know what it is that’s going to set something off. It makes you feel for the people who actually live in countries with these repressive laws and simply want to express their opinions,” he said.

“It’s alarming that Twitter is sending out these notices, but then again I’m at least glad to have been given the heads up that I made it on to some sort of Pakistan government list. There goes my summer vacation to Islamabad!”

Twitter’s response in this instance is in keeping with the company’s policies. Furey discovered on Twitter’s Legal FAQs that “Twitter may notify you of the existence of a legal request pertaining to your account,” the website states. “We understand that receiving this type of notice can be an unsettling experience. We have notified you so that you can avail yourself of the rights available for your particular situation in your specific jurisdiction.”