Hundreds of thousands are without power as a winter storm continues to pummel parts of the South with heavy snow, ABC News reports.

The storm dropped roughly 2 feet of snow on parts of Virginia and 10 to 20 inches of powder on parts of North Carolina, South Carolina, Tennessee, Texas and West Virginia. Parts of Georgia and Kentucky received half a foot of snow or more.

More than 276,000 people are currently without power because of the weekend storm. More than 141,000 of the customers left in the dark are in North Carolina, ABC News reports.

Those number have improved since Sunday, when well over half a million people were without power. (RELATED: ‘This Is A Beast’: Winter Storm Threatens East Coast With Brutal Cold)

The massive storm has created havoc on roads and highways throughout the South. People attempting to travel on the icy roads have gotten into accidents more often and the storm has hindered emergency vehicles and first responders.

“Stay put if you can,” Cooper said. “Wrap a few presents, decorate the tree, watch some football.” 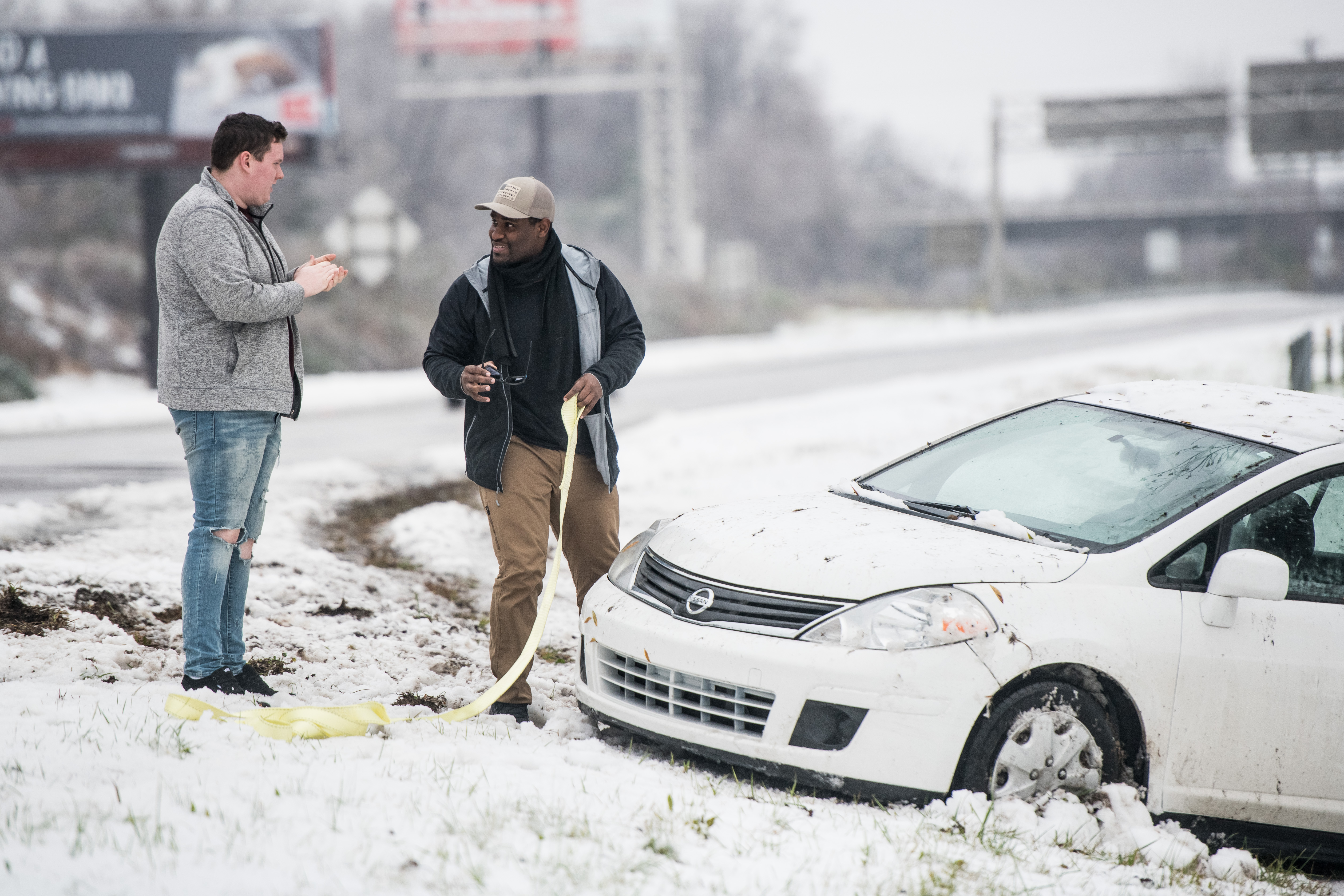 Two men prepare to pull a vehicle out of the snow after a motorist slid off the road on December 9, 2018 in Charlotte, North Carolina. Nearly 250,000 energy customers are without power because of the winter storm. (Photo by Sean Rayford/Getty Images)

More than 1,100 flights in and out of North Carolina’s Charlotte Douglas International Airport were canceled Sunday.

The storm is moving east off the coast and into the Atlantic Ocean. Some snow is continuing to fall on the states of Georgia, North Carolina, South Carolina, Tennessee and Virginia, according to ABC News.