Nancy Pelosi said President Trump had no “manhood” after a bitter and contentious Oval Office meeting in front of press Tuesday.

Pelosi reportedly made the remarks to Democratic colleagues after returning from the White House after discussing legislative priorities for the new Congress and hopefully a strategy to avoid a shutdown over the border wall funding.

The meeting involved President Trump, Vice President Mike Pence, Pelosi and Chuck Schumer in the Oval Office.  The meeting got off to a rocky start as the political leaders traded barbs over funding the border wall and the prospect of a looming government shutdown. 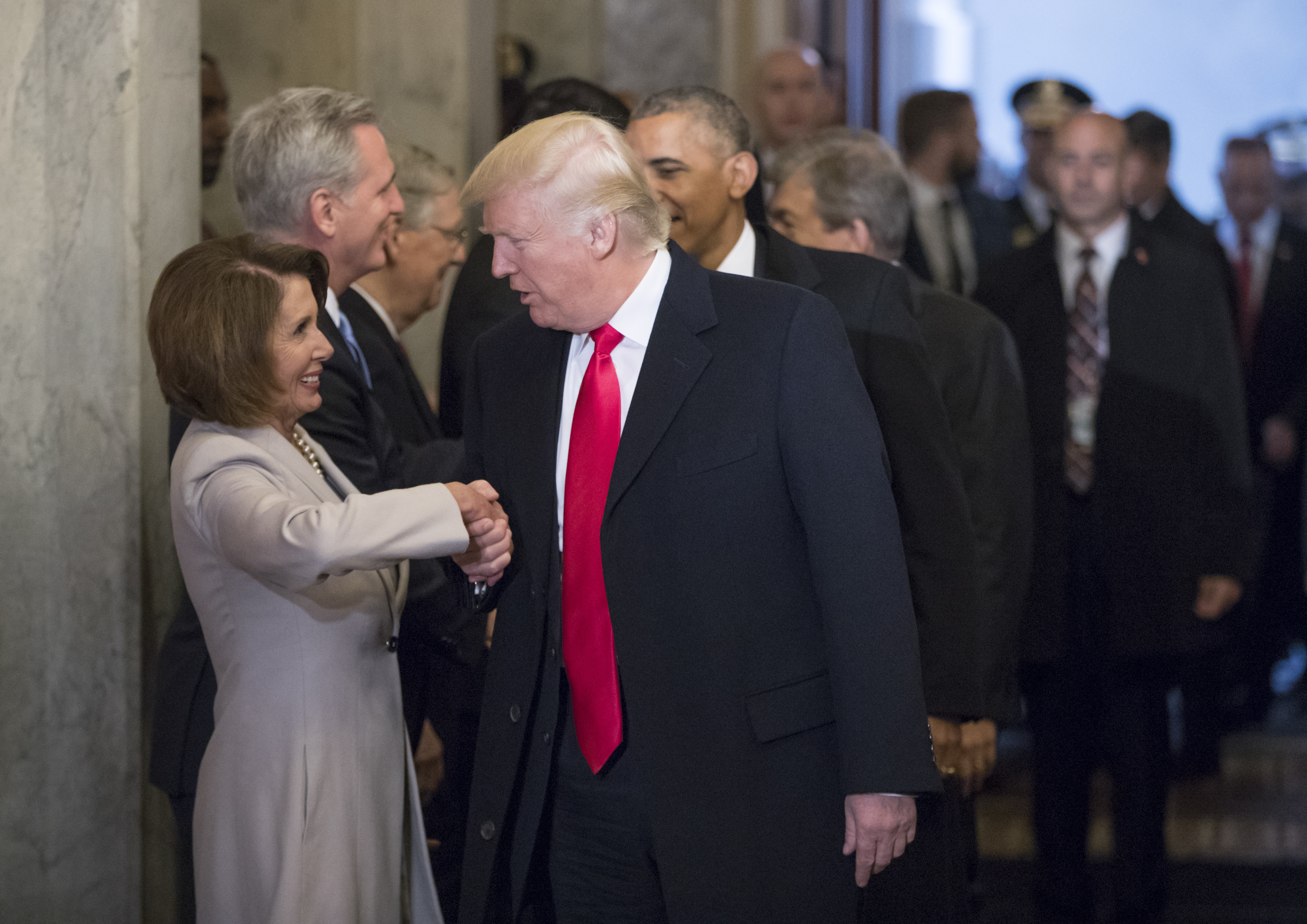 At one point, Trump said it’s ‘not easy’ for Pelosi to speak: “Nancy is in a situation where it’s not easy for her to talk right now. And I understand that. We are going to have a good discussion, and we will see what happens. But we have to have border security.”

Pelosi shot back, “Mr. President, please don’t characterize what I bring to this meeting as the leader of the House Democrats.”(Related: Trump Says ‘I’m Proud To Shut Down Government’ To Schumer, Pelosi) 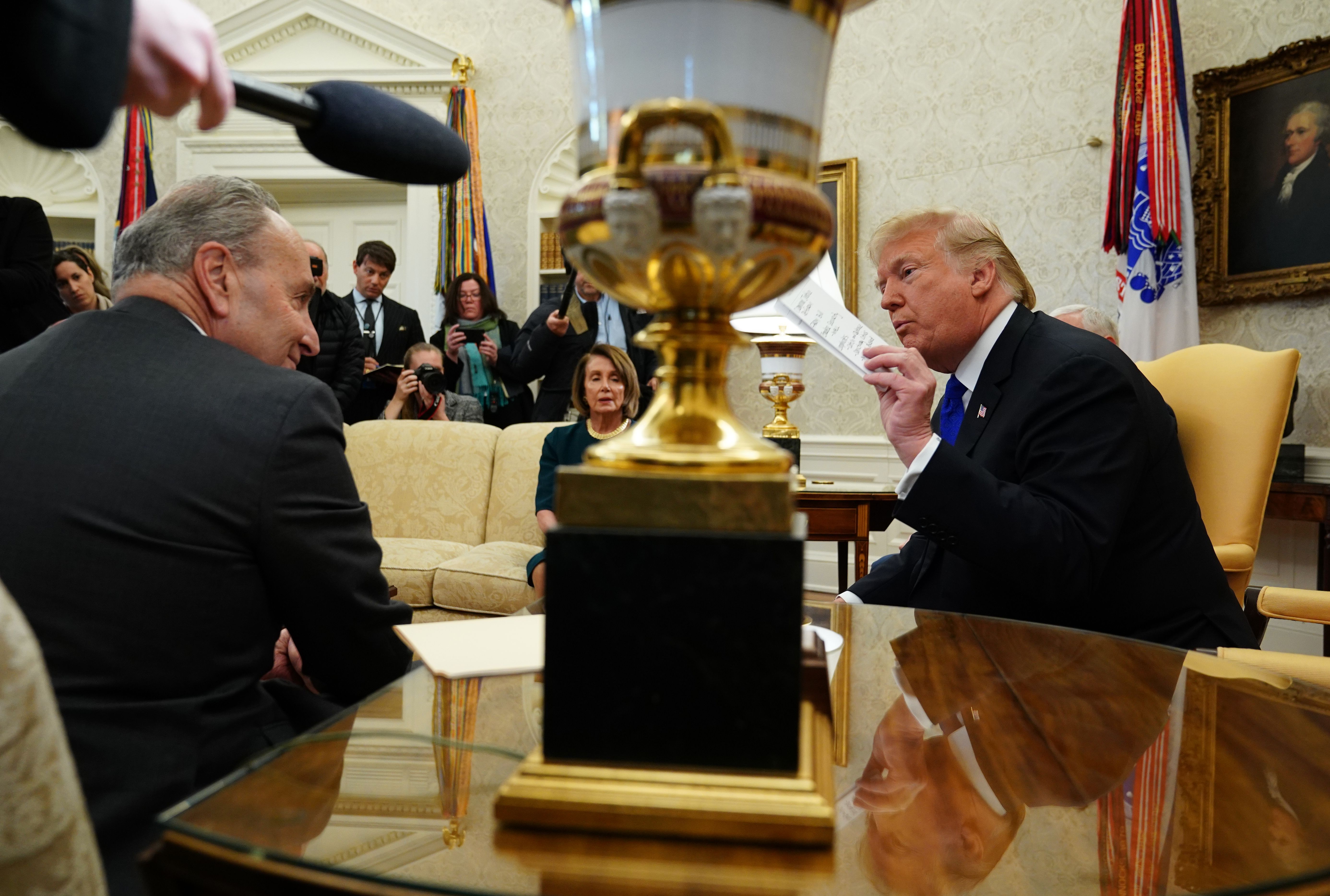 After the meeting, Pelosi huddled with congressional Democrats on Capitol Hill. According to reports, Pelosi began recalling the meeting by questioning Trump’s manhood. “It’s like a manhood thing with him — as if manhood can be associated with him,” Pelosi allegedly said.

.@NancyPelosi returned from the WH meeting with the president today and went STRAIGHT for the most sensitive part of Trump’s ego: his masculinity.

“It’s like a manhood thing with him — as if manhood can be associated with him,” she told her colleagues just now.

Pelosi has used this language about “manhood” before.

Pelosi continued, according to reports, saying the meeting was like wrestling a skunk. “I was trying to be the mom. I can’t explain it to you. It was so wild. It goes to show you: ‘you get into a tickle contest with a skunk, you get tinkle all over you.” 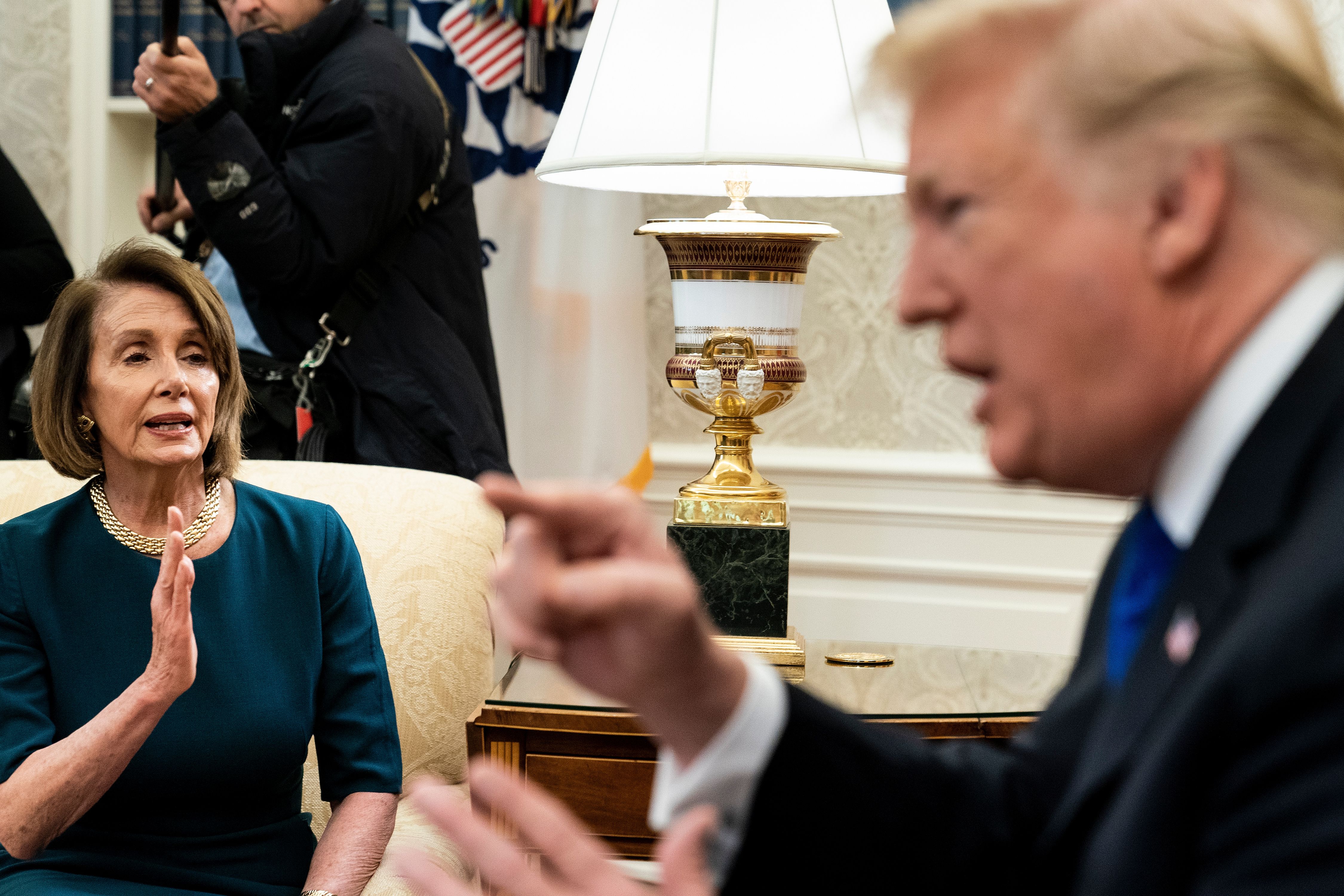