The editorial workers and writers at the online publication Slate Magazine voted overwhelmingly to allow Slate employees to strike Tuesday.

The final vote was 52 to one. Representatives from the Writers Guild of America – East, Slate employees’ union, and company officials are in talks discussing employees’ demands and the timeline of a potential walkout, Bloomberg reported. (RELATED: Days After Bush’s Death Slate Publishes Article Critical Of His Service Dog)

Union negotiators are pushing for stronger diversity policies and pay and benefits raises equivalent to cost of living increases. Slate employees are also pushing magazine management to ditch a “right to work” policy of allowing employees to opt out of paying union dues if they do not belong to the union.

Most crucially, our unit continues to be outraged by management’s inclusion of a right-to-work clause, a technique designed to degrade the legitimacy of our union. Read more: https://t.co/hWCfbfvl9f

“We just feel that it’s a total and absolute betrayal of Slate’s most fundamental values,” Slate writer Mark Joseph Stern, who is a part of the union’s bargaining committee, told Bloomberg.

The Supreme Court ruled on June 27, 2018, that forcing non-union members in public sector jobs to pay for union representation is a violation of the right to free speech. Jacob Huebert, an attorney for the case’s plaintiff, called the judgement “the biggest victory for workers’ rights in a generation.”

The case effectively banned mandatory union dues in the public sector in the United States. Slate Magazine took a hard stance against the ruling in its coverage.

“The court violated a fundamental tenet of political equality. It refused the same array of associational rights to unions for no discernable legitimate reason,” Kate Jackson, a corporate lawyer and union representative in her university’s Ph.D. program, wrote in an article for Slate. “For the union, but not for the corporation, it permitted the existence of an individual dissenter to undermine the rights of the majority.” 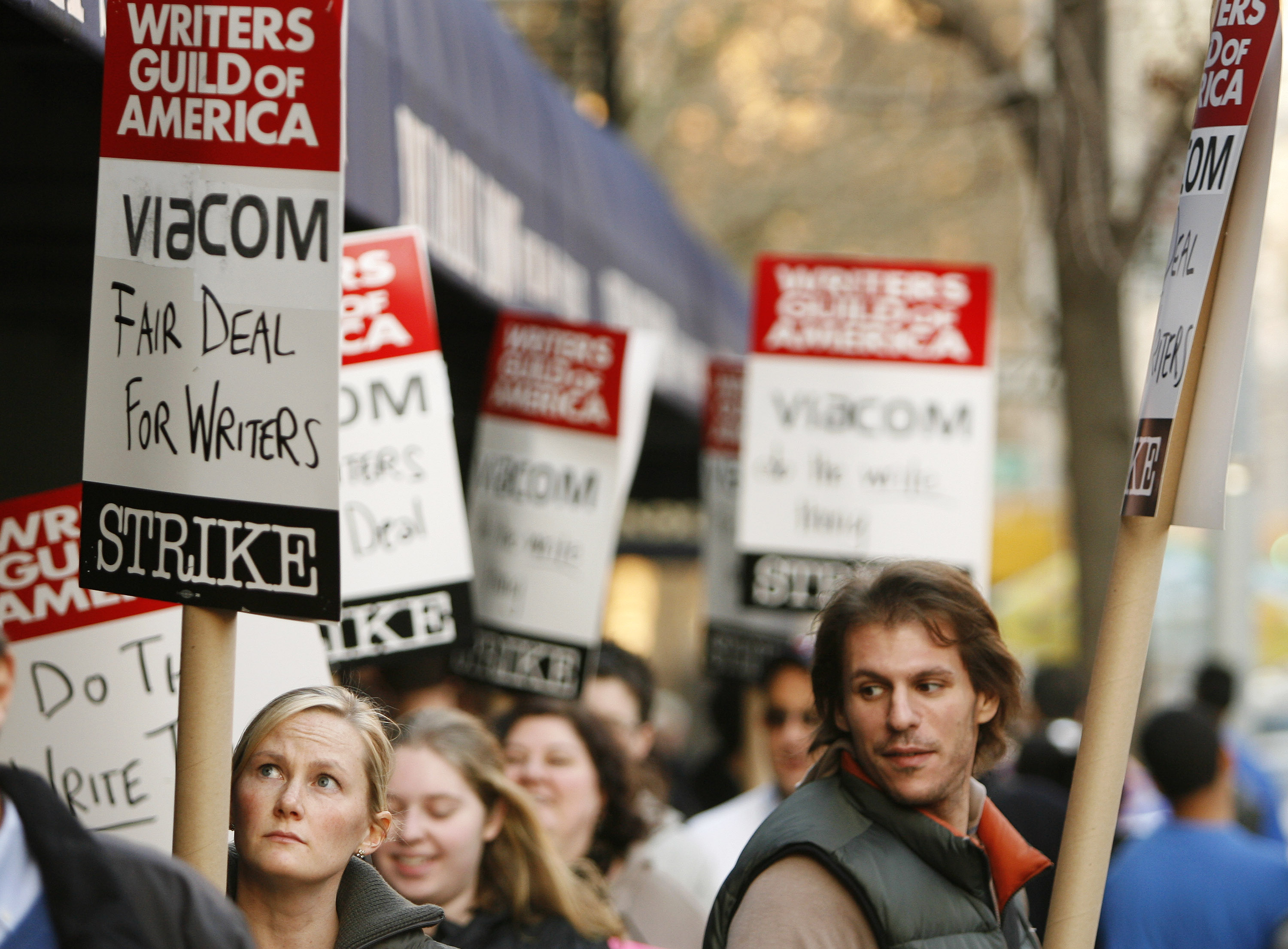 Picketers from the Writers Guild Of America demonstrate in front of the studio where “The Daily Show” is filmed in New York, January 7, 2008. REUTERS/Lucas Jackson

Slate employees voted Jan. 23, 2018, to unionize, following a trend of other online publications unionizing to bargain with their employers. Unionization generally increases the cost of labor for employers and, in some cases, causes businesses to go under all the employees to lose their jobs.

In November 2017, the New York City-based digital publications DNAinfo and Gothamist shut down a week after unionizing. In a letter posted on the websites, the publications’ owner Joe Ricketts cited the increased cost of unionizing while explaining his decision.

Slate declined to comment. Writers Guild of America – East did not return a request for comment by press time.