“I certainly do,” Collins told reporters on Capitol Hill when asked if she felt vindicated by Kavanaugh’s move.

The case at issue did not bear directly on abortion. It arose after Louisiana and Kansas disqualified Planned Parenthood from state Medicaid funding after a pro-life advocacy group published videos suggesting the abortion provider was harvesting and selling fetal tissue. Planned Parenthood denies this charge.

In turn, Planned Parenthood challenged its disqualification in federal court. The legal question in Monday’s case was whether the Medicaid statute contains a private cause of action for private citizens and health care providers to sue if a state strips them of their funds.

The federal appeals courts are split on that question. The Supreme Court is much more likely to take a case involving a question of law about which the circuits disagree. (RELATED: The Supreme Court’s Assault On The Administrative State Has Begun)

That Kavanaugh and Chief Justice John Roberts voted with their liberal colleagues against taking the case is a sign that many of the justices are eager to avoid politically salient issues while the country is still reeling from Kavanaugh’s spirited confirmation. Justice Clarence Thomas said as much in his dissent from the court’s denial of the petition. 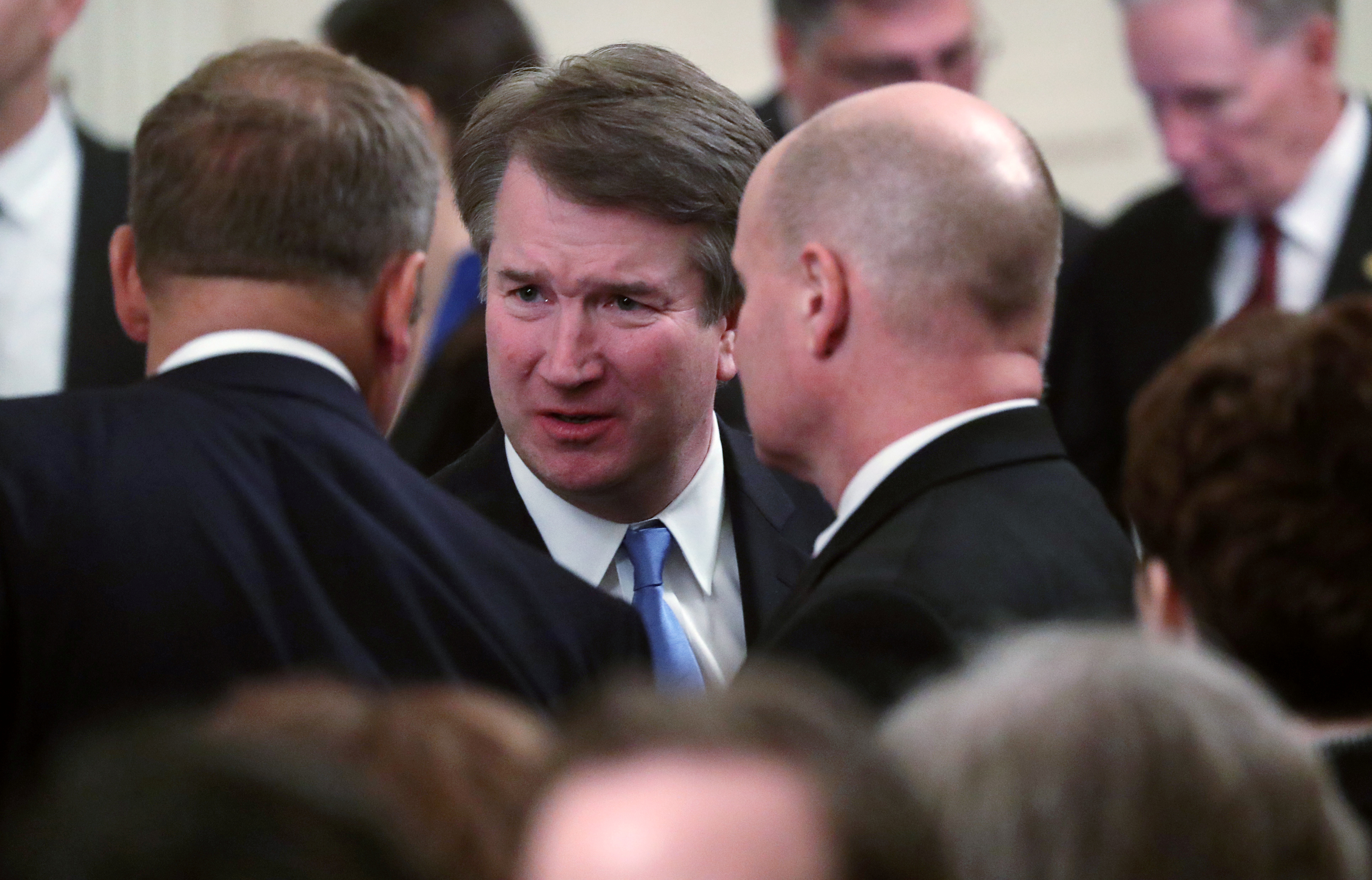 Justice Brett Kavanaugh talks with other attendees at a ceremony where President Donald Trump awarded the 2018 Presidential Medals of Freedom in the East Room of the White House on Nov. 16, 2018. REUTERS/Jonathan Ernst

“So what explains the Court’s refusal to do its job here?” Thomas wrote. “I suspect it has something to do with the fact that some respondents in these cases are named ‘Planned Parenthood.'”

Since the question in Monday’s case only incidentally involved abortion, it is not a reliable proxy for how Kavanaugh might vote on future abortion issues. Pro-choice groups, though pleased with Monday’s outcome, were quick to say that they do not expect Kavanaugh to be friendly to the abortion cause.

Collins cast the decisive vote to confirm Kavanaugh in October, after announcing her support of his nomination in dramatic style. She delivered a lengthy address hours before the final vote on the Senate floor defending Kavanaugh’s record on the bench, interspersed with praise for due process.