Charlie Sheen celebrated his one year anniversary of sobriety with a post Tuesday on Twitter marking this “fabulous moment in my renewed journey.”

“So, THIS happened yesterday! A fabulous moment, in my renewed journey,” the 53-year-old actor tweeted to his millions of followers, along with a snapshot of a shiny coin from Alcoholics Anonymous, according to TMZ.

The inscription on the coin read, “To Thine Own Self Be True” and “Unity, Service, Recovery” with a 1. (RELATED: Charlie Sheen Hasn’t Dated Anyone Since Revealing His HIV Status) 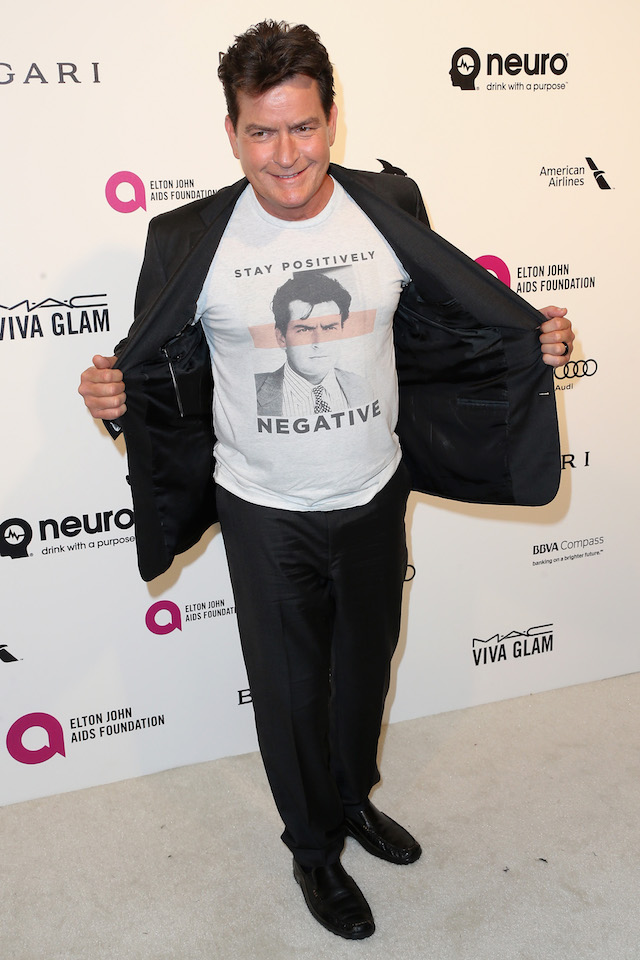 so,
THIS
happened
yesterday!

a fabulous
moment,
in my
renewed journey.

The “Two and a Half Men” star has been very open over the years about his ongoing struggle with alcohol and drug addiction. (RELATED: Shocking Report Claims Charlie Sheen Raped Corey Haim At Age 13)

In 2016, he opened up about his addictions during his appearance on the Dr. Oz show, admitting that he fell off the wagon after 11 years of sobriety once he was diagnosed with HIV in 2012.

“There was a stretch where I didn’t drink for 11 years,” Sheen explained. “No cocaine, no booze for 11 years. So I know that I have that in me.”

“It was to suffocate the anxiety and what my life was going to become with this condition and getting so numb I didn’t think about it,” he added. “It was the only tool I had at the time, so I believed that would quell a lot of that angst. A lot of that fear. And it only made it worse.”

He also shared that his “manic behavior” was a direct link to his longtime substance abuse battles.

“My only experience with manic behavior is usually in the throes of deep partying,” the “Young Guns” star explained at the time. “Deep substance abuse and drinking.”

Sheen made headlines earlier this year, when he shared that he was in a “dire financial crisis” with less than $10 million left to his name and could no longer afford his child support payments for his four children.