“There’s been times [sic] someone wants a picture, and while I’m doing a selfie, they’re like: ‘You’re not dancing!’ Of course I’m not dancing. I’m walking down the street,” 60-year-old the talk show host shared with the New York Times Wednesday, who is known for her upbeat daytime antics on her show.  (RELATED: Ellen DeGeneres Vs. Eric Trump–Who Ya Got?) 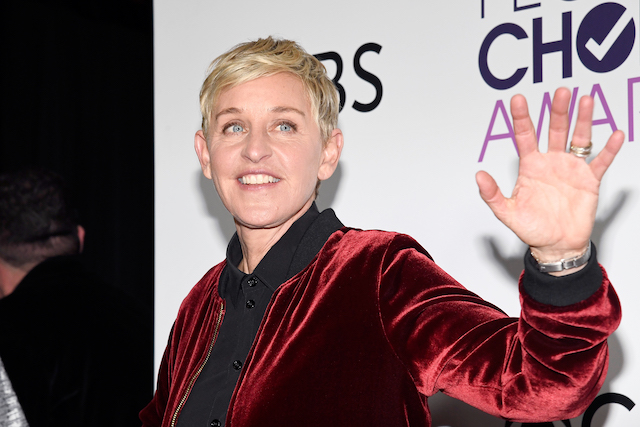 “Being trapped in the world of being asked to dance and expected to be nice, it’s real,” comic Tig Notaro, who co-directed her special shared. “I’m sure there’s people who think she’s kidding. Or can’t have a bad day. But she does. It’s an interesting pickle she’s in.”

The host — who recently re-upped her contract until summer of 2020 — revealed that she gets conflicted advice about whether or not to walk away from the hit program between her wife, the actress Portia de Rossi, and her brother, Vance DeGeneres, who thinks that under President Donald Trump, the country needs her upbeat, “unifying voice” on TV every day.

“[De Rossi] gets mad when my brother tells me I can’t stop,” DeGeneres said about her wife, who hopes she will step away. 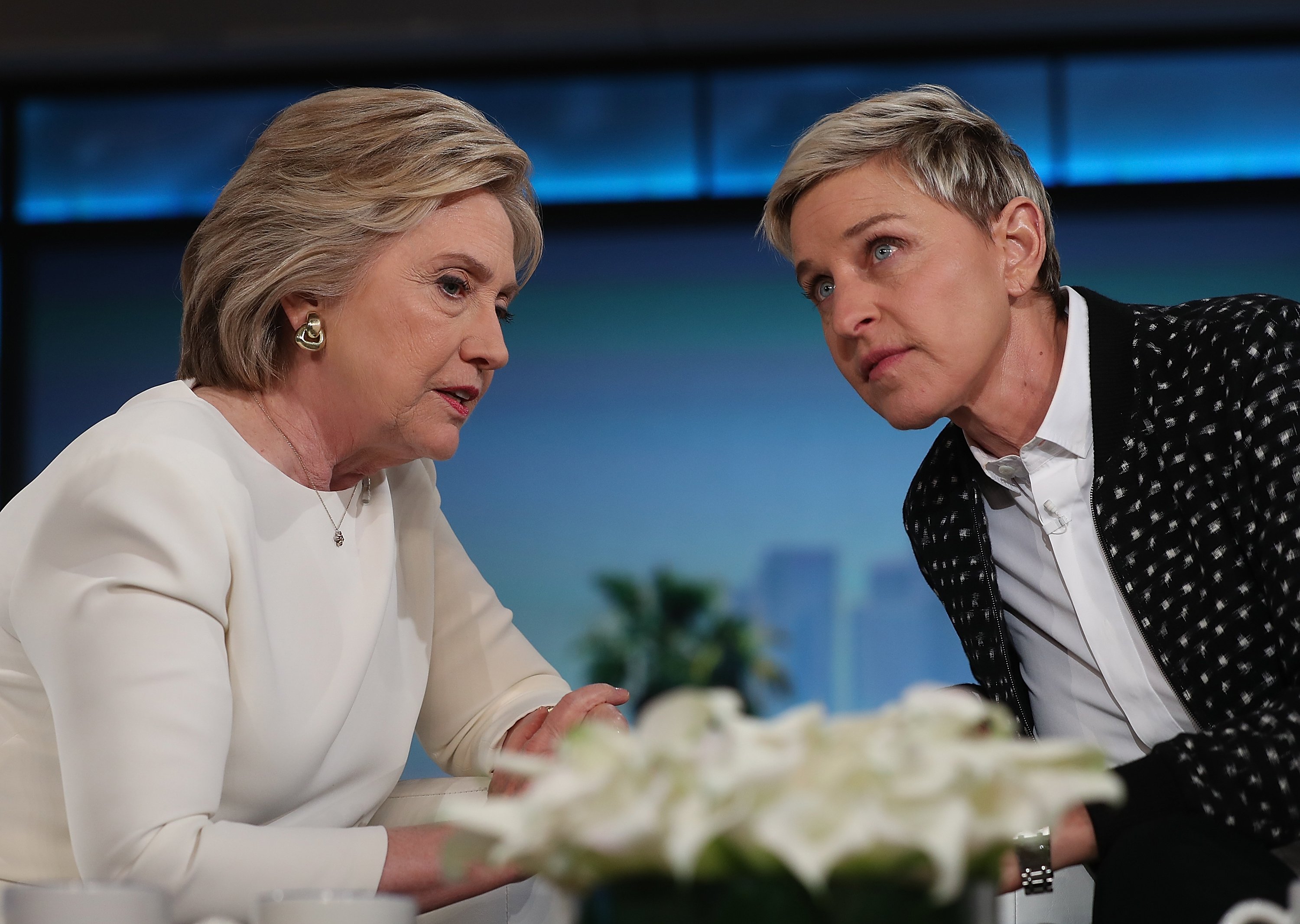 BURBANK, CA – MAY 24: Democratic presidential candidate former Secretary of State Hillary Clinton (L) talks with Ellen DeGeneres during a taping of The Ellen DeGeneres Show on May 24, 2016 in Burbank, California. Hillary Clinton is campaigning in California ahaed of the State’s presidential primary on June 7th. (Photo by Justin Sullivan/Getty Images)

“I just think she’s such a brilliant actress and standup that it doesn’t have to be this talk show for her creativity,” de Rossi explained about her advice to DeGeneres. “There are other things she could tackle.”

The comments come on the heels of DeGeneres first comedy special in 15 years when “Relatable” airs on Netflix December 18.

“I wanted to show all of me,” the talk show host said about doing a special after all these years. “The talk show is me, but I’m also playing a character of a talk-show host. There’s a tiny, tiny bit of difference.”

“After doing the show for 16 years, it’s second nature,” DeGeneres’ brother Vance explained. “She wanted to break out of, not a rut, but a mold.”

“The Ellen DeGeneres Show” first hit the air September 2003 and has been on daytime for 16 seasons.