Steyer, a Democratic financier, posted an anonymous job listing on LinkedIn looking for state directors in New Hampshire, Nevada and South Carolina, according to spokeswoman Aleigha Cavalier. He is perhaps best known for kickstarting a multimillion dollar campaign to impeach President Donald Trump.

“As Tom has said publicly — he is considering how he can have the most impact in 2020 and our team is exploring staffing options should he decide to move forward with a run. Tom has not made a final decision and any discussions with potential staff are preliminary,” Cavalier told NBC Wednesday. 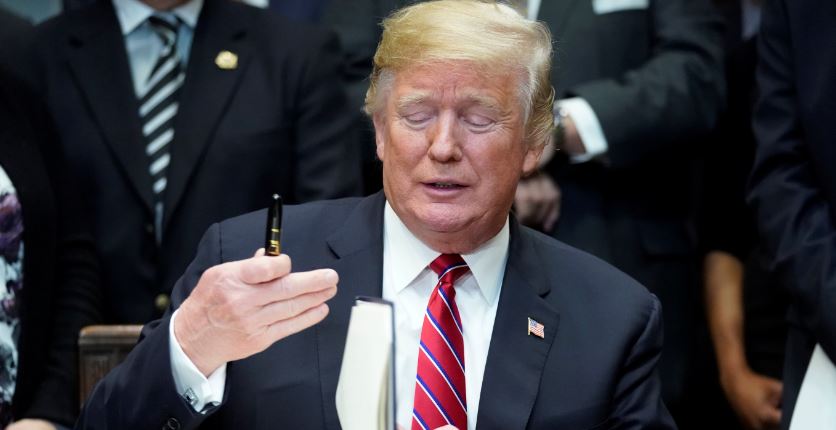 U.S. President Donald Trump prepares to sign an Executive Order establishing the White House Opportunity and Revitalization Council during an event in the Roosevelt Room at the White House in Washington, U.S., Dec. 12, 2018. REUTERS/Jonathan Ernst

His Need to Impeach campaign has created an email list of more than 5 million members and some Democratic strategists are calling the ploy an effective way to build a political organization. “If I were a rich person and I wanted to run for president, I would be doing exactly what he’s doing,” one strategist told The Daily Beast in March.

Steyer put the bulk of his $110 million war chest ahead of the midterms toward building out NextGen America and Need to Impeach, two political organizations engineered to take down Trump. Steyer doubled his initial $20 million investment in his mission to oust Trump to $40 million.

He spent about $86 million in the 2016 election cycle, pushing for Democratic re-elections. Republicans, however, held onto both chambers of Congress, won the presidency, and saw state legislature and governorship gains. NextGen spent roughly $56 million in 2016, according to campaign finance data.