One of the law firms involved in a trove of California lawsuits targeting ExxonMobil and other energy companies is poised to rake in millions of dollars from their climate crusades, according to Climate Litigation Watch.

Sher Edling LLP could capitalize on a big pay-day if San Francisco’s lawsuit against the oil company settles, according to documents obtained Wednesday by the watchdog. The contract between the firm, San Francisco and the county is complex and lays out a multi-tiered payment method for Sher Edling. Altshuler Berzon LLP also represents the city.

Sher Edling and Altshuler will have to come to an agreement about how the fees are split up.

Oakland is also working with Sher Edling on a lawsuit against the Texas-based company, but refused to provide copies of its settlement, CLW noted in a press statement Wednesday. San Francisco and Oakland previously employed Hagens Berman to represent them in their legal pursuits.

Hagens Berman’s fee was pegged at 23.5 percent of any winnings from its cases with San Francisco and Oakland before the two cities switched firms. Hagens Berman represents King County and New York City in their separate lawsuits demanding Exxon pay for its supposed role contributing to global warming. (RELATED: Exclusive: Docs Suggest A Personal Vendetta Between Two Lawyers Might Be Fueling Climate Crusade) 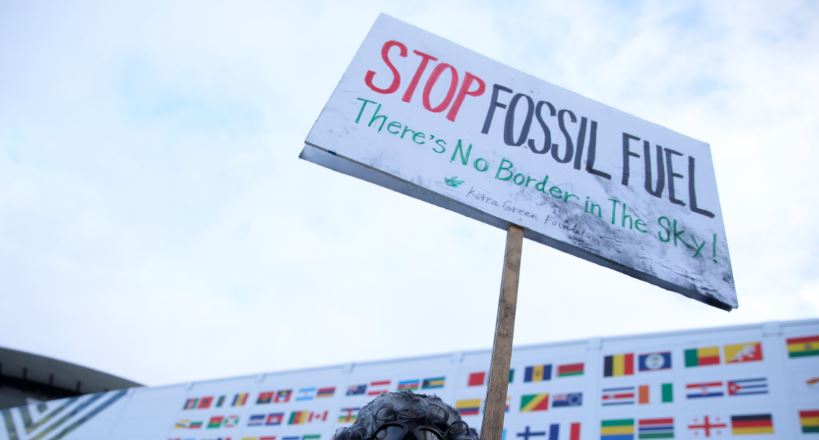 Environmental activist protests against fossil fuel in front of the the venue of the COP24 UN Climate Change Conference 2018 in Katowice, Poland December 10, 2018. Agencja Gazeta/Grzegorz Celejewski via REUTERS

“In case anyone thought this litigation was motivated by a desire to actually address climate change, this agreement between San Francisco and its new outside counsel should put that notion to rest,” Kelly said. “It is astounding that Sher Edling managed to undercut Hagens Berman and still anticipates receiving a cut worth tens or hundreds of millions of dollars.”

The contracts come shortly after TheDCNF reported in November that attorneys Vic Sher and Matt Pawa got into a multi-million-dollar legal dispute in 2014 stemming from a lawsuit they both worked on against ExxonMobil. Sher, who founded Sher Edling, alleged Pawa’s group, Pawa Law Group, failed to distribute money from a settlement in the case. Pawa, who is now with Hagens Berman, argued in a lawsuit that Sher was the one cheating him out of millions of dollars.

Sher Edling and the city of San Francisco did not immediately respond to TheDCNF’s request for comment.