The Federal Government collected $458.65 billion in taxes in the first two months of the fiscal year, the Treasury Department reported Thursday.

But it wasn’t enough to cover $764 billion in federal spending, which meant the deficit hit a record $305 billion — a 50-percent increase over last year. 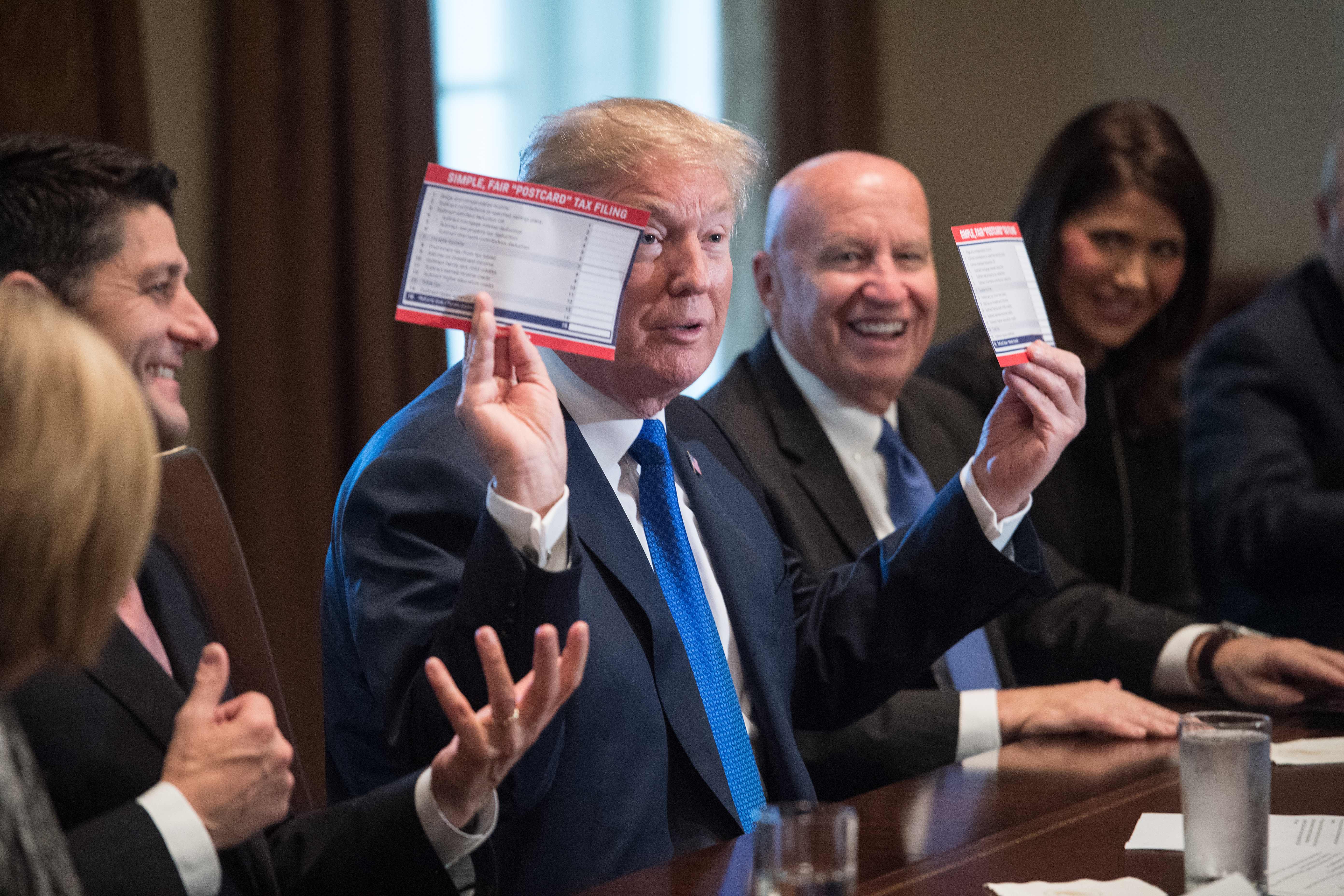 US President Donald Trump shows samples of the proposed new tax form as he meets with House Republican leaders and Republican members of the House Ways and Means Committee at the White House in Washington, DC, on November 2, 2017. / AFP PHOTO / NICHOLAS KAMM (Photo credit should read NICHOLAS KAMM/AFP/Getty Images)

The fiscal year begins Oct. 1, and the latest data extends through Nov. 30. The figures pushed total national debt to $21.850 trillion, a number that’s expected to exceed $22 trillion within the next month — meaning every man, woman and child in the United States will owe a little over $67,000 to pay it off. (RELATED: The US Ran The Highest Monthly Budget Surplus In History)

November was an unusually dismal month for the budget due to the fact Dec. 1 falls on a Saturday. As a result, $44 billion in federal December entitlement benefits were paid in November. Had that not been the case, this year’s deficit for the period would have been a mere 25-percent larger than last year.

The federal deficit this year could top $1.1 trillion, by some estimates, well in excess of the $779 billion deficit in fiscal 2018. Entitlement programs — Social Security, Medicaid, Medicare, unemployment insurance and Obamacare — account for most of the spending, taking around 70 percent of the federal budget.