The French government is reportedly calling on the so-called Yellow Vest movement to end their protests and give law enforcement a break as they continue to search for the suspect who opened fire at a crowded Christmas market on Tuesday, killing two and injuring 13 others.

For weeks, France has been engulfed in turmoil as hundreds of thousands of people have taken to the streets in what began as a protest on the carbon tax on fuel and morphed into a war against French President Emmanuel Macron and his policies.

Six yellow vest protesters have died in the increasingly violent riots, which show no signs of stopping even as the country reels from Tuesday’s terrorist attack in which 29-year-old Cherif Chekatt reportedly yelled “Allahu Akbar” before shooting into a crowded market, killing three, leaving one dead brain dead and injuring 12 others.

“Our security forces have been deployed extensively these past few weeks,” a spokesman for the French government, Benjamin Griveaux, told a French television service, CNews, Thursday.

“It would be better if everyone could go about their business calmly on Saturday, before the year-end celebrations with their families, instead of demonstrating and putting our security forces to work once again,” Griveaux urged. 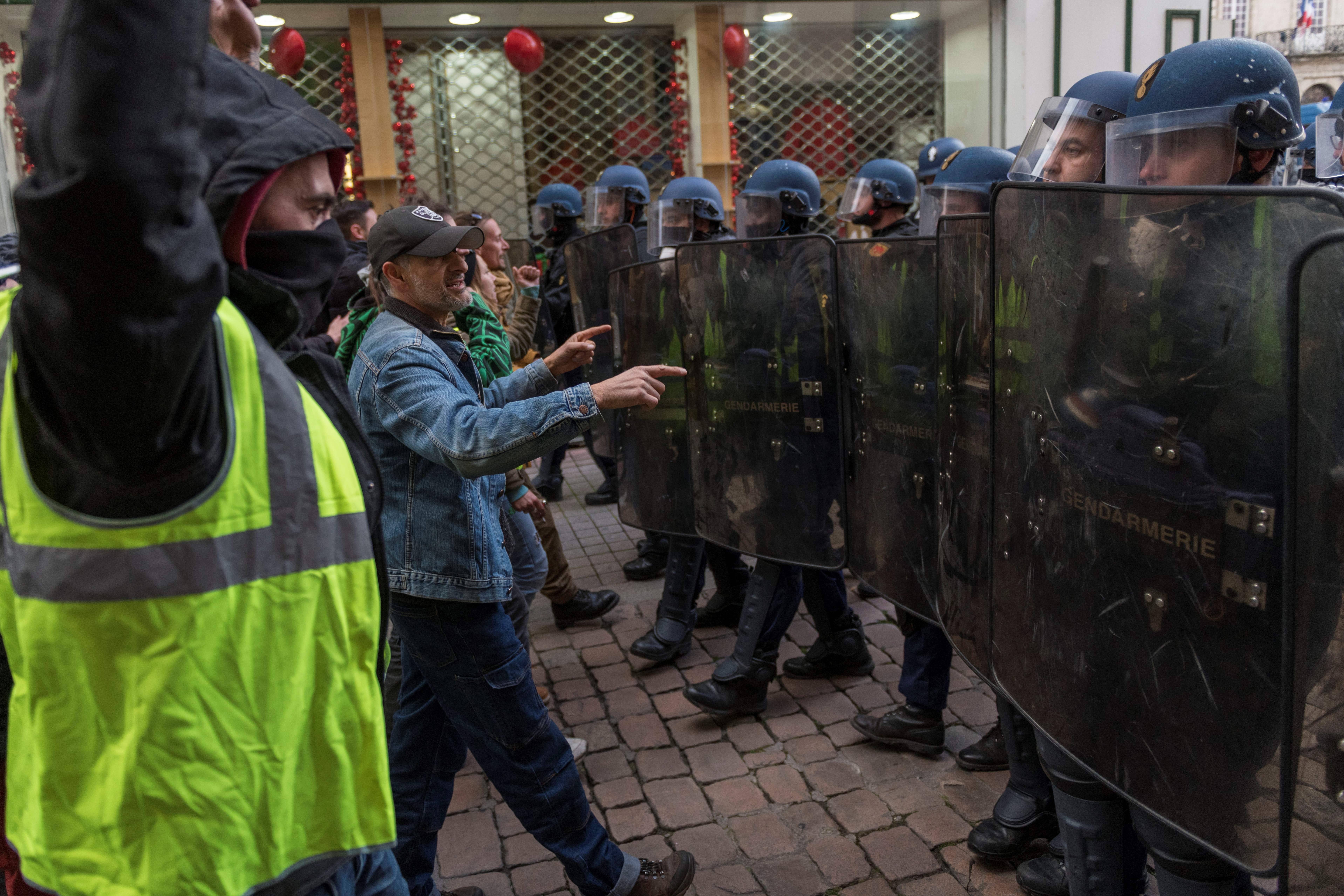 Dominique Martin, a member of European Parliament, posted a picture on Twitter of who he says is Chekatt. The suspect was known to police and was being monitored by the government since 2015 due to suspected religious extremism.

A manhunt of some 720 police officers and other law enforcement members has been underway for the gunman, who has at least 27 convictions in four European countries, since he escaped from the scene on Tuesday.

Griveaux is asking demonstrators to be “reasonable” as they prepare for a fifth round of protests this weekend, even after Macron attempted to quell the concerns of his citizens by promising to raise the minimum wage, eliminate taxes on overtime and poor pensioners and put together policies to help graduates find jobs after school. (RELATED: Macron Begs France For ‘Another Chance’ After Weeks Of Carbon Tax Riots)

Some in the Yellow Vest movement said they’d agree to halt protests if it means negotiating with the government, according to France24, but others said Macron’s offer wasn’t enough.