Outgoing Republican Sen. Jeff Flake warned Americans during his farewell speech Thursday that no country is resistant from being overtaken by a tyrannical government.

“Let us recognize from this place here today that the shadow of tyranny is once again enveloping parts of the globe,” Flake said on the Senate floor. “And let us recognize as authoritarianism reasserts itself in country after country that we are by no means immune.”

Flake, a frequent critic of President Donald Trump, notably announced that he would not be running for re-election in October 2017 and would retire from the Senate when his term expired. The announcement came as polling showed he would have to face an uphill battle to hold on to his seat. (RELATED: Chuck Grassley Pulls Judicial Votes As Jeff Flake Protests Confirmations Over Mueller Bill)

The embattled Arizona senator has often taken shots at Trump. In March, Flake called the president “a figure who has a seemingly bottomless appetite for destruction and division,” and months later asserted that he may be a “long-term detriment to the [Republican] Party.” During his final speech, he seemingly returned to the same themes by continuing to criticize Trump without mentioning him directly by name.

“I believe that we all know well that this is not a normal time, that the threats to our democracy from within and without are real, and none of us can say with confidence how the situation that we now find ourselves in will turn out,” Flake said during the speech. 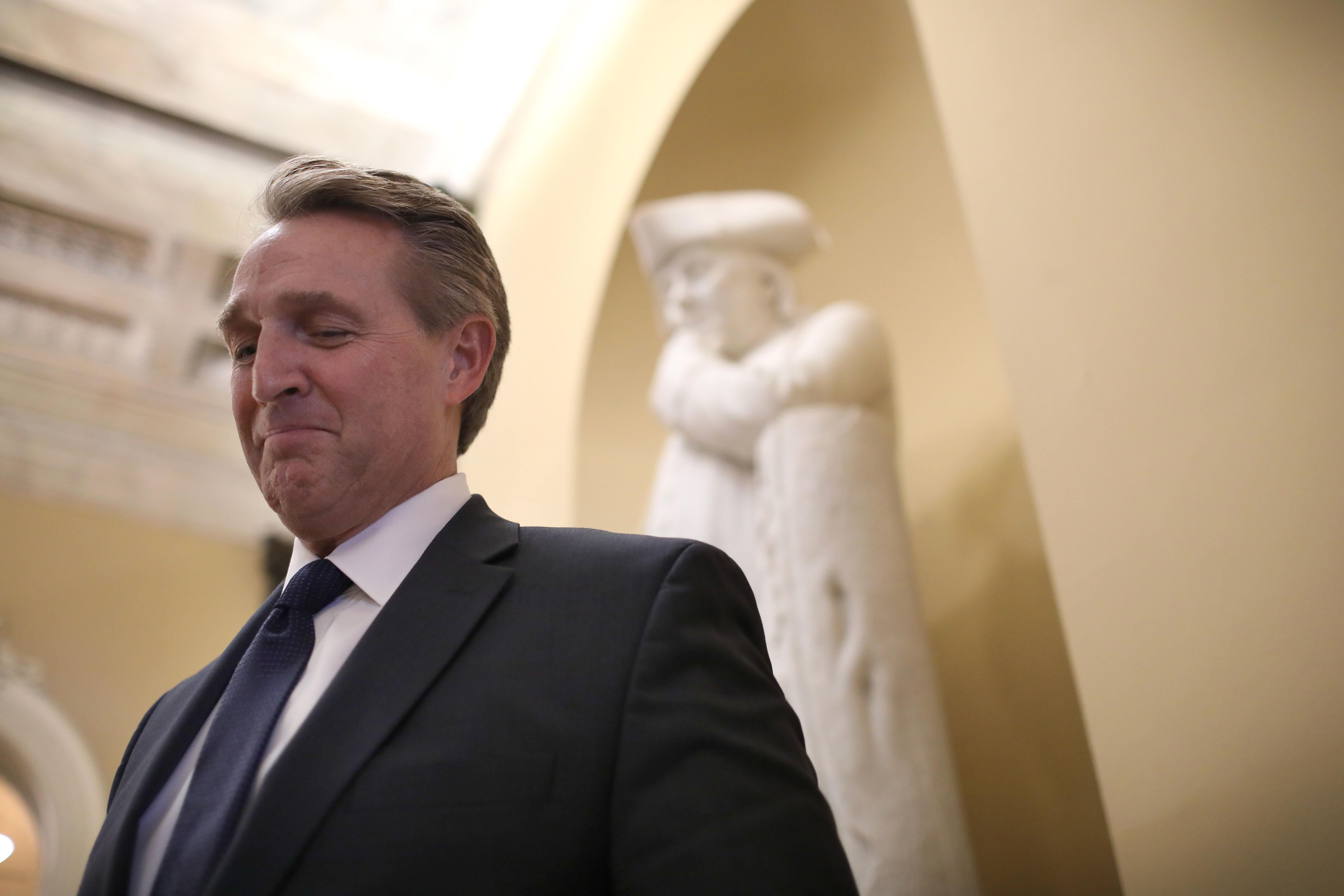 Sen. Jeff Flake answers questions from a reporter after delivering his farewell speech on the floor of the U.S. Senate on Dec. 13, 2018 in Washington, D.C. (Win McNamee/Getty Images)

He concluded his final floor speech with a sentiment from former President Abraham Lincoln and expressed his hope that congressmen will always remember those words.

In his farewell speech to Congress, departing GOP Senator Jeff Flake issued a warning that “the threats to our democracy from within and without are real” and that the country is experiencing a “moment of political dysfunction and upheaval.” https://t.co/6kjXZDWNwD pic.twitter.com/QKOHab4v46

“‘We shall nobly save, or meanly lose, the last best hope of earth,” Flake said, referencing Lincoln. “The way forward, he said, is ‘plain, peaceful, generous, just — a way which, if followed, the world will forever applaud and God will forever bless.'”