A group of former judges is asking U.S. Immigration and Customs Enforcement (ICE) agents to limit the scope of where they can arrest suspected illegal aliens, requesting they add courthouses to their list of “sensitive locations.”

“We know firsthand that for courts to effectively do justice, ensure public safety, and serve their communities, the public must be able to access courthouses safely and without fear of retribution. For many, however, ICE’s courthouse arrests have made courts places to avoid,” read a Wednesday letter signed by over 60 former federal and state judges. “We ask you, Acting Director, to designate courthouses as sensitive locations. Our courts and our communities will be better for it.”

The letter — which was addressed to Acting Director of ICE Ronald Vitiello — attempted to make the case that courthouse arrests make it difficult for judges to do their jobs because defendants, witnesses and others have become afraid to enter a courtroom.

The term “sensitive location” refers to an area where ICE agents typically do not conduct arrests. These locations include places of worship, schools and hospitals.

On one of its FAQ pages, ICE explains that it has conducted apprehensions inside courtrooms for some time, but more at-large arrests are occurring because of the “increasing unwillingness of some jurisdictions” to work with its agents. The increase has prompted ICE to formally codify a policy concerning courtroom arrests.

It doesn’t appear like the letter will influence ICE’s stance on courtroom apprehensions. 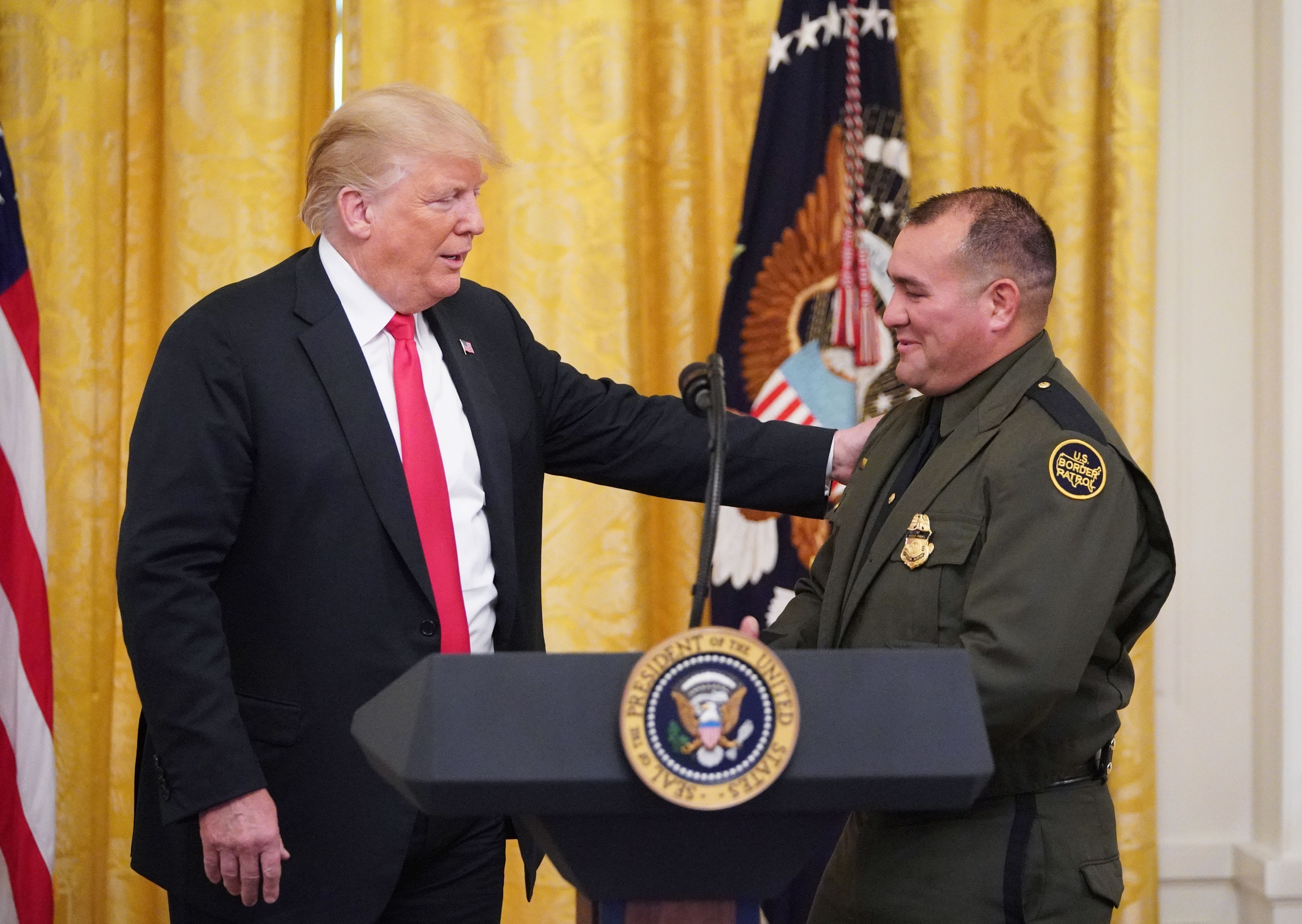 U.S. President Donald Trump is seen with Border Patrol agent Adrian Anzaldua (R) during an event honoring the Immigration and Customs Enforcement and Customs and Border Protection services in the East Room of the White House in Washington, D.C., on Aug. 20, 2018. (Photo by MANDEL NGAN / AFP) (Photo credit should read MANDEL NGAN/AFP/Getty Images)

“Arrests in courthouses are a routine practice for law enforcement agencies throughout the country. Because many jurisdictions no longer allow ICE to take custody of aliens inside of jails, courthouses are the next safest option,” ICE spokeswoman Liz Johnson said in a statement Tuesday to The Hill. “ICE updated its courthouse policy in coordination with the Association of State Chief Justices and Court Administrators to clarify that the agency targets specific aliens, appearing most often as a defendant in criminal matters, and not those appearing in court as victims or witnesses.”

In a January memo, however, ICE said that it would limit courthouse apprehensions to those who pose a greater risk to the community, such as gang members and aliens with criminal convictions.

The judges’ letter comes at a time when ICE has becoming increasingly politicized. A growing of number of Democrats have not only criticized the agency, but have gone so far as to call for its abolishment. Numerous left-wing groups have also actively called for ICE to be done away with. (RELATED: Illegal Border Crossings Are Down Because Migrants Are Applying For Asylum Instead)

At the same time, the agency has never had a closer ally in the White House than President Donald Trump. The 45th president has vehemently defended ICE on Twitter and on the campaign trail, saying in June that there is a “zero chance” Democratic efforts to abolish it would actually happen.